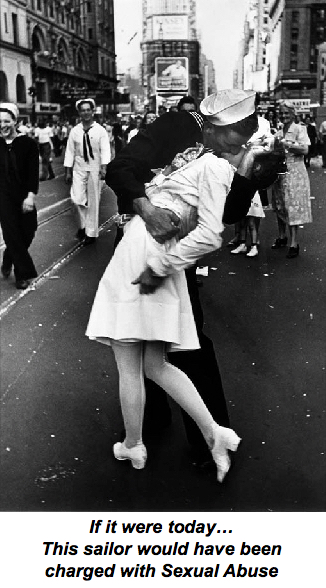 Once upon a time, there was a boy named Anthony who lived on Long Island during a time when people were proud to be Americans.

His father and grandfather had both served in the U.S. Army, while his two uncles (Nick and Jim) had served in the U.S. Marine Corp. While everyone in the family recognized Uncle Nicky as a hero who fought in WWII during the battle of Iwo Jima, they knew not to talk about “The War” in his presence, because it was something he kept very private. As with many veterans, honor, courage, and duty to country extended far beyond the battlefield. The horror of war stays with a soldier for his entire life. Having such strong men as role models, Anthony always knew he would one day wind up in the military.

While sitting at the kitchen table eating dinner with his parents, Anthony announced that he would be shipping out for boot camp within the next couple of weeks. This news caught his parents by surprise but they knew, deep down, that it was his destiny to add another generation to the family’s military service tree.

While boarding the 4 a.m. bus for Fort Hamilton, this brand-new Naval recruit looked back at his home town and reminisced about his childhood days. As he traveled passed the familiar places on Long Island, he realized how fortunate he was to have been raised by such great parents. If it were not for them, he wouldn’t be the man he was on this day. When it came to relationships, he remembered his father having two rules for him to follow…always. First and foremost: Don’t ever strike a woman, and second…Always open the door for a lady. There was never any talk about the birds and the bees, and the flowers and the trees. The discussions always seemed to revolve around the value of hard work, romance, chivalry, and what it meant to be a real man.

Anthony has done his very best to teach both of his sons how to be gentlemen, however, he has come to the realization that chivalry and patriotism may soon be on their way to extinction. Saddened by the fact that holding a door for a woman is now looked upon by society as being a sexist gesture, he sees the once-universal concepts of romance quickly fading into the past. As political correctness slowly takes over the minds of our young men and women, burning the American flag also seems to be commonplace. With what is going on in the world these days, it’s not hard to realize that America is under attack on many levels.

As the “PC Police” make their way around the world in an attempt to pressure our culture to conform to their non-romantic standards, this will most likely cause great suffering down the road. Proof of this can be found in the evolution of the #MeToo movement, as it has gone from being a public outcry against the sexual abuse of women, to a weapon used against men for political gain. This will no doubt leave a lasting, and very negative impression on men with regard to how they approach a woman during the courting process. Men of all ages will refrain from making any advances whatsoever, for fear of being accused of sexual harassment. Let’s face it…most men, especially those in their late teens and early 20’s already have a hard time approaching women, as their fear of rejection overcomes their desire to ask a girl out on a date.

So…what’s the solution? The answer to this question is quite simple actually, and that is to stand up in the name of romance. Men need to stand up for chivalry and denounce any behavior that is unbecoming of a gentleman, and ladies need to speak out against those who make false accusations, for personal or political gain. Above all, we, the people, need to stand up for the American Flag as a symbol of who we are as a nation of people…good people. If we don’t stand up now and defend the old-fashioned ways of courtship, the only alternative for future generations will be online dating, through a series of sterile, legal, and very unromantic formalities, with no guarantee of success.

As far as patriotism is concerned, if you’re okay with people spitting on, or burning, our national flag as an expression of free speech, your only alternative will be Socialism. If someone tells you that kneeling during the national anthem is not meant to be offensive, just ask any soldier, sailor, airman, marine, or any descendant of such heroes, if this is true. They will tell you that they take great offense at such gestures. Ironically, each service member has taken an oath to defend the Constitution of the United States of America, which includes every bit our 1st Amendment right to free speech. As for me…Call me crazy, call me a non-conformist, call me politically incorrect - but please be sure to call me a gentleman and a patriot.

My name is Anthony J. Monte the 3rd.

I proudly stand up for our flag and I pledge to do my best to keep chivalry alive. If you consider yourself to be in the same mindset…I give you full permission to rearrange this essay in such a way that reflects your own family history.