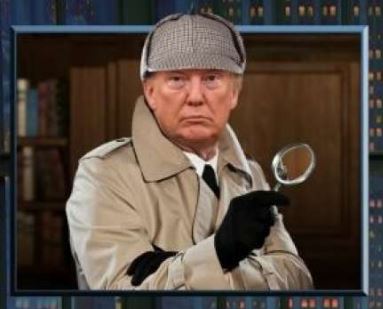 We knew that the Russians were brutal Communist thugs who murdered huge numbers of their own people when we decided to accept them as allies. But we wouldn't have won WWII without them.

Likewise, we knew that the Saudis were brutal Islamist thugs who murdered their political opponents when we took them as allies. But they were - and still are - vital to the stability of the Middle East and to Israel's survival.

So why are we surprised when the Saudis kill a Saudi national - even if it is in their embassy in Turkey, which is, in fact, sovereign Saudi soil? And even if he is a journalist?

From the beginning, there was little doubt, despite their protestations, that someone in the Saudi government killed or ordered the killing of Saudi journalist Jamal Khashoggi. We will never know whether the king or the crown prince knew about the murder in advance. Underlings often do things they think their boss would want to be done, without informing him. It's called plausible deniability. It happens all the time, in every country - including ours. (We tend not to murder people, though.)

But why is that the business of the United States of America? I know we're supposed to be the policeman of the world, but that is usually in things like one country invading another. We usually don't get involved in the investigation of an individual murder.

Yet journalists and politicians in our country - including Republicans - and around the world are clamoring for a U.S. investigation of a Saudi crime.

GOP Senator Bob Corker stated, “They can undergo their own investigation, but the U.S. administration must make its own independent, credible determination of responsibility for Khashoggi’s murder." He referred to the Magnitsky Act and claimed that such an investigation was required by law.

In a letter to Trump, Corker and Democrat Bob Menendez invoked the Magnitsky Act which requires the president to respond to "gross violations of human rights in Russia." Later, the Global Magnitsky Act extended its scope outside of Russia, but reduced the types of punishments the president could impose to travel bans and freezing assets. I don't see how the murder of one individual would constitute a "gross violation of human rights" when Obama ignored the murder, rape, and enslavements of thousands in Sudan - just because they were Christians.

Worse, Senator Lindsay Graham insisted that Trump require the removal of Saudi Crown Prince Mohammed bin Salman. That's as ridiculous as the Saudi king insisting on the removal of Vice President Pence. Bin Salman (often referred to as MBS) is not just the number two man in Saudi Arabia. The king is 82 years old, so to a great extent, MBS runs the nation. And he's not likely to remove himself.

There are many good reasons why the United States should not try to be the judge and jury in this matter:
U.S. Senators are howling, "I know the Saudis did it." Well, I know - or think I know - the same. But knowing is not proving. What the Saudis did was terrible, but not uncommon. We might not have even heard about it if there were something bigger happening in the news cycle.

"But he was a journalist!" Ah, there we have it. The real reason for the hysterical media reaction and their push to keep it on the front page day after day. The real reason everyone claims that the U.S. has to "do something." The real reason why even Trump now says that if the Saudis are found to be culpable they should suffer "severe" punishment.

As a journalist myself, I think it is fair for me to ask this question: "Is a journalist's life more important than any other's?" I am outraged by the fact that this brutal regime would murder a man who was simply visiting his own embassy on business. But I am no more outraged than if he were a plumber or a florist.

"But, but, but!" they splutter, "Journalists are essential to our First Amendment rights." Really? I think the First Amendment has done pretty well for several centuries, and it doesn't need any help from journalists. Especially in this day of instant electronic publishing and millions of citizen journalists. They can't kill all of us!

I believe the real problem is that Khashoggi worked for the extremely liberal Washington Post. If he had worked for the Wall Street Journal it would be far less of a story. But since the great majority of U.S. journalists are liberal, and since they stick together, they have convinced the world that the death of this one man is a vital interest of the U.S. government.

Any time a human life is unjustly ended, it is a tragedy. It is certainly a tragedy for the Khashoggi family, and we should pray for them. But Khashoggi's death, however shameful, is not a tragedy for the United States. In the two weeks that this has overtaken our national discourse, hundreds of thousands of people - including missionaries, doctors and nurses, political dissenters, and - yes - journalists - have been murdered by their governments. Should Trump investigate every one of these deaths?

The president should simply say, "It's not my job," and keep on doing his real job - protecting America.