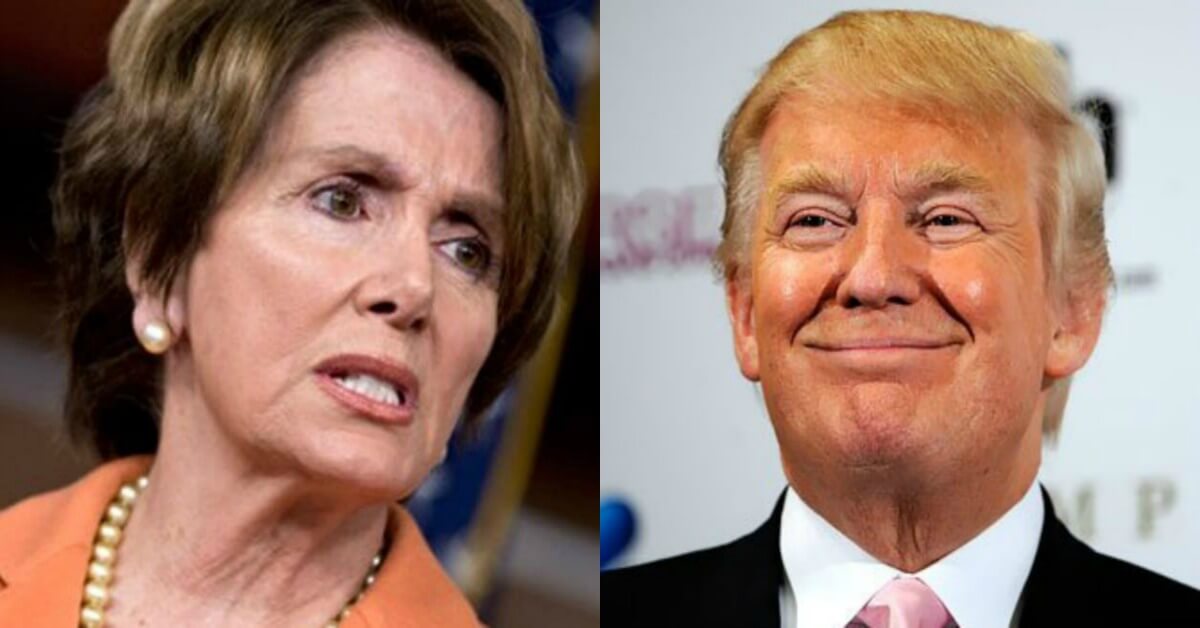 You could properly say that the upcoming mid-term elections are between President Trump and Nancy Pelosi. Because regardless of the individual candidates and their public positions, the people who win in the mid-term election in two weeks are going to empower either the president or the reprehensible Pelosi.

If we elect or re-elect Republican Senators and Representatives, we will see the amazing results of Trump's first two years continue. If we do so in large numbers, we will see good legislation passed without having to beg for Democrat votes or weaken the legislation to meet liberal demands.

However, if the Democrats gain control of Congress these will be the results: On the state level, governors' races are vital since, even with Democrat-controlled state houses, the governor holds the all-important power of veto. Also, the state legislators elected in November will help decide the re-districting that will take place in 2020. (Every ten years, based on the Census, the boundaries of the federal Districts which send Representatives to the House are re-drawn. If the Democrats are in the majority, they can "gerrymander" the Districts to increase the chances that they will produce Democrat wins.)

Don't think that local elections are unimportant. Local officials won't decide federal issues or have a major role in advancing the conservative agenda that the president was elected upon. But they are the future state officials, who are in turn the future federal officials. Politicians have to learn the business somewhere, and it usually starts on the school board or the town council. Every election counts.

Based on what is happening in this election cycle, I am going to recommend that Christians and Conservatives do two things I normally do not favor:

ONE: Vote a straight Republican ticket. Usually, it is not a good idea to vote strictly by party. But since the Democrats have become the party of mobs and violence, you should vote against them if for no other reason than to send the message that we as a nation will no longer tolerate their brown-shirt tactics. It doesn't matter whether the candidate is running for the Senate, governor, school board, or dog-catcher. Every vote matters.

(If you have any doubts as to which party you should vote for, I invite you to carefully read each of their party platforms online. The truth will be clear to you.)

TWO: Participate in early voting. I am extremely conservative and very traditional. There's just something very special and American about voting on Voting Day. It's a celebration of our Republic. You remind your friends to vote, and you see them at the polls. It's a feel-good day. But I have noticed how much the early voting (which the Democrats have mastered) influence the pundits in their prognostications about recent elections. Unfortunately, their words, in turn, influence voter turnout. For example, the pundits gave Hillary a 93% chance of winning in 2016. That discouraged many Republicans from voting. Had the Democrats not flooded the polls in early voting, I believe Trump would not only have won the popular vote; he would have done so by a large margin.

So vote early. But don't copy the Democrats by voting often. I would rather lose than win by cheating. And don't register dead people and vote in their place as the Democrats have done in every election since JFK's. We can win this fairly. Just get out and vote, and encourage your Christian and Conservative friends to do the same. Give them a ride to the polls if they need it. Babysit their kids while they vote.

We're in this together, friends. If we support the president and vote for legislators who will support his agenda, we will have many more years of prosperity in this nation and will see the rule of law increasingly enforced in many different areas. If we support Pelosi by staying home and allowing legislators who support her to be elected as a result, we should prepare ourselves for her agenda. She has promised to repeal the tax cuts that have helped propel the current economic boom. She will pass laws that will reinstate Trump's cuts in business regulation that have helped businesses expand and hire new employees. And even though she has not publicly supported impeachment, you can be sure that as Speaker of the House, she will allow impeachment proceedings against the president to proceed, throwing our country into chaos.