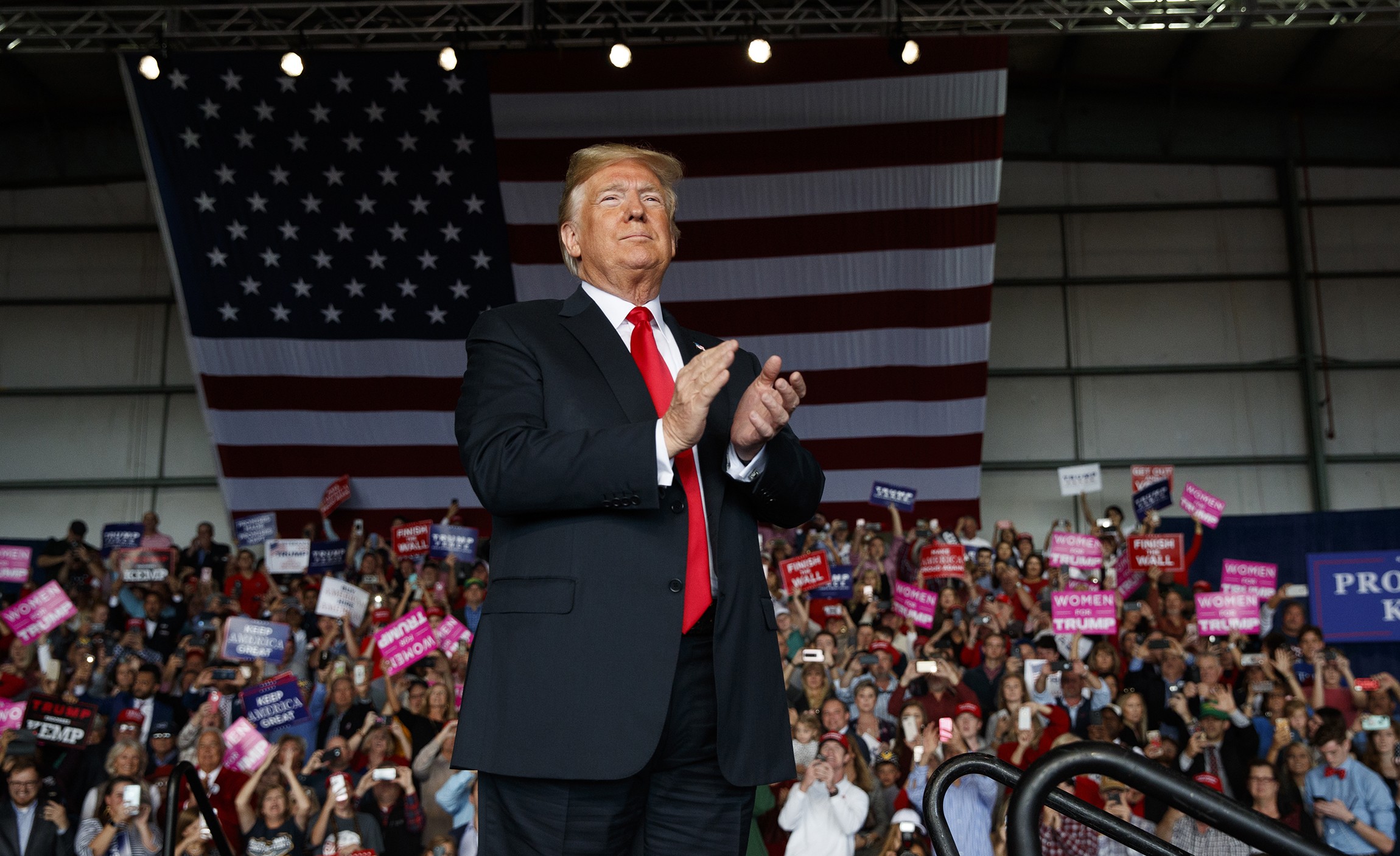 I applied for and received Press credentials as the Publisher of Conservative Truth for a Trump Rally here in Palm Beach County, Florida. I planned to arrive an hour early to get a good seat since the press had a special entrance. Boy, did I miscalculate! I couldn’t get within 5 miles of the Palm Beach Fairgrounds, where the event was being held. The sheriff even had all the side roads blocked off, so I couldn’t get to the fairgrounds by a back way I knew. I later found out that – like most Trump rallies – people had gotten in line for the rally as much as 24 hours earlier. I didn’t have a chance.

That was when he was running for president.  Now, as a sitting president, he draws even bigger crowds. And big-name Democrats like ex-president Obama, ex-vice-president Joe Biden and two-time losing presidential candidate Hillary Clinton hardly register on the rally meter.

I did numerous searches in various ways to find the attendance at the Democrat rallies. If they know, the press isn’t telling. But we do know from contemporaneous reports that many of their rallies drew as little as a few hundred this year. No Trump 2018 rally has drawn less than thousands, and many between 10,000 and 20,000.

What does this mean – and why should we care? It means that the “Blue Wave” the Democrats were predicting just a few months ago has degenerated to a blue ripple, and now a blue drip. And if we do our jobs, we will turn off the faucet in a decisive way so that there won’t even be a drip. I’m not going to copy the Democrat foolishness and predict a “Red Wave,” but I will say that if Conservatives and Christians get off their duffs and vote for Republicans we can save our Republic from at least two years of rancor and disruption.

The Mueller investigation was instigated by Democrats at a time when Republicans held the White House, the Senate and the House of Representatives. It was supposed to investigate “collusion” between Russia and the Trump campaign. It found zero evidence of that – not even a hint – so it has investigated everything but what it was mandated to do. It has spent millions of our dollars to uncover exactly nothing related to what it was supposed to investigate. And that was with the Republicans in charge.

Try to imagine the horror of two more years of multiple investigations if the Democrats gain power. Our economic progress will grind to a halt. The White House and Congress will be tied up dealing with the bogus investigations. And nothing will get done in Congress. The Democrats have promised impeachment, numerous investigations and threat of using their subpoena power to negotiate legislation to their liking.

Friends, we have the momentum on our side. The polls show dozens of races as “too close to call,” but in many cases, the trend is on the side of the Republican candidate. As I said in an earlier article, normally I am not in favor of straight-party-ticket voting. But in this case, it is vital. There is not one race that is not critical – and there are no races where we can afford to be complacent.