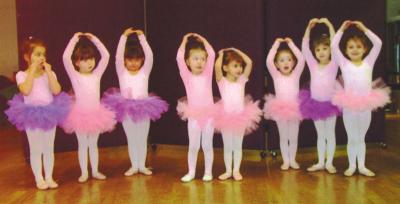 Eighteen years ago I received a high honor. It happened as my three-year-old daughter and I were listening to classical music in the car. Ever since we took her to see the Nutcracker she has referred to any type of classical music as "ballerina music", so the music reminded her of her upcoming dance recital. She reminded me that she was going to dance on the stage in a "pretty ballerina dress", and then surprised me by asking, "Daddy, will you dance on the stage with me?"

In addition to being touched and honored, I was reminded of a tape on which Josh McDowell was speaking at a memorial service for the victims of the Columbine High School shooting. He gave some fascinating statistics about the relationships between children and their parents that every American should hear.

McDowell commissioned a definitive study of the last 17 school shootings. On the surface, the results were the same as dozens of other similar studies; there seems to be no "profile" of a teenage killer. They come from poor, middle class and rich homes. Some are nerds and geeks; some are the most popular kids in school. They come from a variety of races and religions. Some make good grades; some don’t. Some have been bullied, others are the bullies. McDowell went below the surface and discovered a common thread that other studies missed or ignored. He found that in every case, the families of the murderers were superficially normal, but were, in fact, dysfunctional when it came to the relationship of the children with their parents. In particular, the fathers were either absent or minimally involved in parenting.

After making this discovery, McDowell commissioned another study that involved 2,000 children ages 12 to 17, and 1,000 parents. The study revealed that children raised in a SINGLE-PARENT home were 30% MORE LIKELY than the national average to be involved in drugs, alcohol, and violence. I can almost hear some of you saying, "That’s no surprise. I’ve always felt that divorce was the major cause of youth violence. I’m glad WE have two parents raising our children." Read on.

Adolescents raised in TWO PARENT families in which the father had a poor to fair relationship with his children were 68% MORE LIKELY than the national average to have problems with drugs, alcohol, and violence! That floored me. Two parents in the home are no defense against the problems we’re discussing unless the father is close to his children. If he is not, his children are at more than twice the risk of children raised in single-parent homes.

The final statistic shows us the answer to school violence, as well as a host of other problems affecting our youth. Teenagers raised in two-parent homes in which the father had a good to excellent relationship with his children were 96% LESS LIKELY than the national average to become involved with drugs, alcohol, and violence.

These statistics show us that many of the things that we have assumed would protect our children will not do so. You can raise your children in a two-parent family in a "good" neighborhood, send them to a "good" school, and even take them to church. But if there is a lack of emotional attachment, if there is no loving bond between the children and their parents, particularly the father, children of every background are at risk. In essence, this study shows that if the boys who killed their fellow students in Colorado had enjoyed a loving relationship with their fathers, Columbine would never have happened.