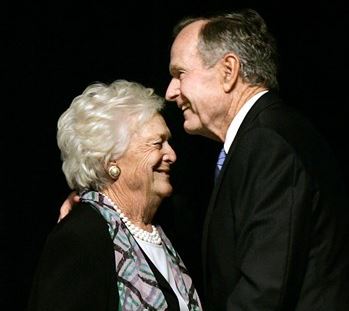 On Saturday (Dec. 1, 2018) George W. Bush announced that his father had passed away at age 94. All over the world, people who knew him well are writing tributes to George Herbert Walker Bush. They use words like loving, decent, kind, strong, servant, patriotic, statesmanlike, principled, a man of conviction, and many other superlatives. But I thought I should let him tell you about his life in his own words.

But first, let’s answer the question: Who was George Herbert Walker Bush?
The youngest Naval fighter pilot in WWII; his plane was shot down and he almost died
Successful entrepreneur and businessman
US Congressman from Texas
US Envoy to China
Director of the CIA
US Ambassador to the U.N.
Vice President for eight years under President Ronald Reagan
And, of course, he was “41” – the 41st Commander in Chief of the USA, often described as the “kinder, gentler” President
The longest living President of the United States
With his wife Barbara, the longest married Presidential couple at 73 years
But the titles that brought him the most joy were “Dad” and “Gampy” – the affectionate name used by his grandchildren and great-grandchildren.

Here are some great quotes from a humble man.

"No definition of a successful life can do anything but include serving others."
This is listed first because it is his most important quote in terms of defining his life. His was a life of service. He learned this from his parents, and he taught it to his children. He believed deeply that no one can be considered a success, no matter what they accomplish, if they do not serve others.

"I think the spirit of America, one American wanting to make another American's life better, or internationally our desire to see countries do better, or people in countries do better, coming from this concept of volunteerism is a very valid and important part of our internal being."
Volunteering and encouraging volunteerism were major drivers in his life. This was a further manifestation of his desire to be a servant to others.


"I was offered a job on Wall Street by my uncle. But I wanted to get out. Make-it-on-my-own kinda thing."
He left Maine and moved to Texas, where he became a very successful oilman on his own.
"I have opinions of my own - strong opinions - but I don't always agree with them."
This is a profound insight. He was humble enough to keep his ego in check and question his own opinions in order to make sure he made the right decisions for the nation.
"I will never apologize for the United States."
I wish the same could have been said for the eight years Obama was in the White House.

"America is never wholly herself unless she is engaged in high moral principle. We as a people have such a purpose today. It is to make kinder the face of the nation and gentler the face of the world."
He was an idealist – a hard posture to maintain as President of the United States - but he seems never to have lost his idealism.

"I'm president of the United States and I'm not going to eat any more broccoli."
I love this. President Bush hated broccoli as a child, but his mother made him eat it. When he became president he banned broccoli from Air Force One.

"We're going to keep trying to strengthen the American family. To make them more like the Waltons and less like the Simpsons."
He was first and foremost a family man. So it’s no surprise that he wanted all Americans to live in strong, committed families. His granddaughter Jenna shared how he put family first. The night before his make-or-break debate with Michael Dukakis, he babysat her and helped her sister find a beloved stuffed toy.

"My dog Millie knows more about foreign affairs than these two bozos."
This was in reference to Bill Clinton and Al Gore when he ran unsuccessfully against them for a second term. History proved his statement to be true.

"In the wake of the Cold War, in a world where we are the only remaining superpower, it is the role of the United States to marshal its moral and material resources to promote a democratic peace. It is our responsibility, it is our opportunity to lead. There is no one else."
Clinton and Obama shrank back from the responsibility to lead the world. Bush 41 never did. President Reagan and British Prime Minister Margaret Thatcher are widely credited with causing the breakup of the Soviet Union. But President Bush managed the ending of the Cold War and the removal of the Berlin Wall with wisdom and decency. He ordered his Administration to avoid gloating or taking victory laps. He was smart enough to know that if the U.S. antagonized the Russians by kicking them while they were down, the Cold War could have quickly heated up.

"I'm not a very good one to give advice, but just don't let the critics discourage you or push you off course. Your success is now our country's success. I am rooting for you."
This was a handwritten note dated Jan. 20, 1993, to Clinton just before his inauguration.
It was vintage George H. W. Bush. After a hard-fought election, he was gracious and kind to his opponent.

"We are a nation of communities...a brilliant diversity spread like stars, like a thousand points of light in a broad and peaceful sky."
This is probably his most famous quote. With all his heart he worked for a peaceful world where nations and people, as the Bible says, "dwell together in unity".

“You cannot be President of the United States if you don't have faith. Remember Lincoln, going to his knees in times of trial in the Civil War.”
Bush 41 didn’t wear his faith on his shoulder. But he understood that the job of president was impossible without God’s help and guidance – and he sought it.

"We are not the sum of our possessions."
"Freedom and the power to choose should not be the privilege of wealth. They are the birthright of every American."
His family was rich, and he made his personal fortune on his own. But he never forgot these powerful truths.

"As his vice president for eight years, I learned more from Ronald Reagan than from anyone I encountered in all my years of public life."
George H. W. Bush was a very accomplished man in his own right. But he was humble enough to acknowledge how much he learned from one of the greatest presidents of all time. 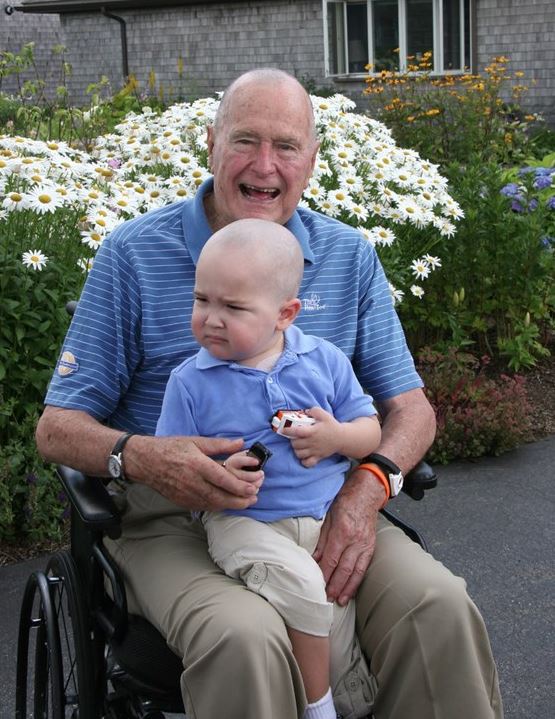 "It's much worse to read criticism about your son than yourself."
He never let personal attacks get to him. But when his son George W. Bush was president, he was fiercely loyal – as he was with all his family.

"Old guys can still do fun things."
On his 90th birthday, 41 made his last skydiving jump, something he dearly loved.

"It Was the Right Thing to Do."
In 2016 twenty of President Bush's Secret Service detail shaved their heads when Patrick, the 2-year-old son of one of them, lost his hair during chemotherapy treatment for leukemia. Mr. Bush surprised everyone by shaving his head, too. "It was the right thing to do," he explained. He spent his life always trying to do the right thing. (George and Barbara Bush lost their daughter Robin to leukemia at age three.)

"I think everybody is frustrated by the finances of the U.N. and the inability to solve problems of war and peace."
Here he definitely exhibits his “kinder, gentler” side. My description of the U.N. would not be nearly as charitable!

"Don't confuse being 'soft' with seeing the other guy's point of view."
Mr. Bush was never afraid to listen to the “other guy’s” point of view – or to change his when convinced. That shows the strength of intellectual honesty, rather than the weakness of arrogance displayed by many powerful men.

"You have given me joy that few men know. I have climbed perhaps the highest mountain in the world, but even that cannot hold a candle to being Barbara's husband."
Theirs was a beautiful, life-long love affair. I suspected when Barbara Bush passed away earlier this year that he loving husband would not be far behind her.

Finally, George Herbert Walker Bush’s last words: “I love you.” These were spoken to his son George W. Bush, just before he passed peacefully away. 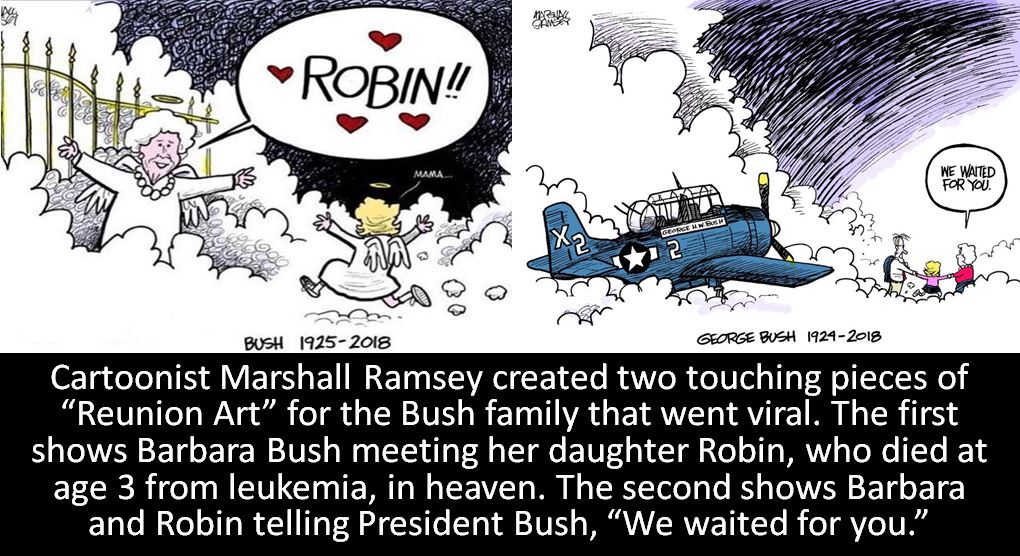