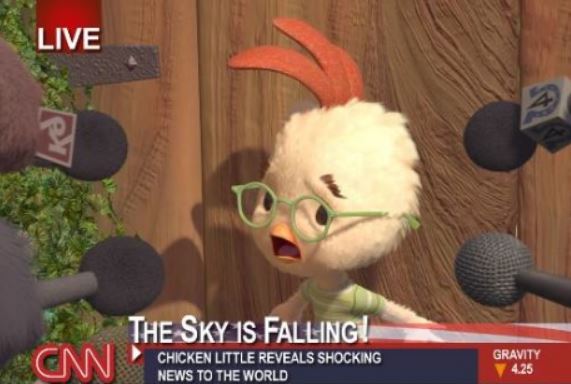 In 2017, the price of one Bitcoin traded above $19,700. Today Bitcoin trades at less than $4,000. That’s a plunge of about 80% in value in just over a year. Yet some skillful CryptoCurrency traders are making profits in this market.

What does the future hold for Bitcoin? The answer depends on who you ask. It could be the next U.S. Dollar, or it could be a total bust.

For now, just like other commodities, the lower prices go, the incentive for production decreases. For instance, the average cost of production for one ounce of Gold is $1,200. When the market price of Gold drops below that level, miners may continue to produce for a time in anticipation of a rise in price. But eventually, they will lay off workers and shut down their equipment. Of course, when they do this, they decrease the available supply, and prices rise again. In other words, they stopped waiting for a rise in price, and instead, they forced a rise in price. The miners have power, and they know how to use it.

Most estimates indicate that it costs $5,000 to mine one Bitcoin. ("Mining" is how Bitcoin is produced. More on that in another article.) That means that at current prices the cost to mine one Bitcoin is greater than the market value. When mining costs exceed the current market price, value is destroyed, and a cycle can emerge that pushes prices lower and lower – for a time.

But the same principles of economics that apply to Gold and other commodities apply to Bitcoin and the other CryptoCurrencies. So, if market prices drop below the cost of mining many miners will slow down or cease mining. It is easier for them than for Gold miners. They don’t have to lay off hundreds of workers and secure millions of dollar’s worth of heavy equipment. They can just turn off their mining computers and save electricity until the lack of production forces Bitcoin prices back up.

However, there is another way of thinking about this that sets Bitcoin mining apart from Gold mining. There are thousands of CryptoCurrency miners who believe so strongly in the future of Bitcoin that they will continue to produce even if they lose money in the short-term. After all, many of them have already made many millions – or even billions – of dollars. If they believe Bitcoin is going to rise to $50,000, why wouldn't they take a small short-term loss in order to participate in a huge long-term gain?

Bitcoin is obviously volatile. It has had drops like this in the past and has always sprung back up. In my humble opinion as a trader for more than 40 years, the volatility of CryptoCurrencies is what makes them attractive as a trading vehicle. When I was an Options Principal, I taught my traders to look for the most volatile underlying securities, because that’s how we made the most money. So, in my mind, the best way to make profits in this world of digital money is trading, rather than long-term using buy-and-hold strategies.

You may look at the thousands of people who have become millionaires and even billionaires by buying and never selling Bitcoin. It all depends on timing. The people who bought Bitcoin at 30 cents ten years ago are very happy at $3,000 to $4,000. They don’t care that it got much higher, and then dropped. They are still way ahead. But the people who bought above $15,000 are not so sanguine. They get up every morning and kick themselves for ten minutes. Those who bought at roughly the same prices as today’s are simply waiting for the next big spike in price - which always comes.

But all of those people would have been better off to buy on dips and sell on peaks. Those who lost money likely would not have lost. And those who profited would probably have made more. Even the Winklevoss twins, who bought early, never sold a single Bitcoin, and have become billionaires, would have made more money. But when you’re a billionaire, who needs more?

If you're looking for a trader to make you money in CryptoCurrencies, find one that understands the big picture. Bitcoin is to the alt-coins (all CryptoCurrencies other than Bitcoin) as the Dollar is to stocks. You use Bitcoin to buy the alt-coins in order to trade them, just as you put Dollars into your stock brokerage account in order to trade stocks. You don't calculate how well you are doing by counting the number of stocks you own. That would be silly. Some stocks cost $5 and some cost $500. You calculate your profits in dollars.

The same is true in the Crypto world. If you understand that Bitcoin is destined to go much higher, your main goal is to accumulate Bitcoin. You trade the volatility of the alt-coins with one purpose in mind - turning those profits into Bitcoin. This means you calculate how much profit you are making by the amount of Bitcoin you have gained - not by what the account is worth in Dollars. If your account is up in both Bitcoin and Dollar terms, that's great. But I would much rather have my account grow in Bitcoin instead of dollars than the other way around. This is a different asset class, and if you are to be successful, you need to think about it differently than you do traditional asset classes. Why? What asset class do you know of that has gone up thousands of times in value in the last ten years? It's worth changing how you look at things to make those kinds of returns.

A word of caution is needed as I close this. Everything I have said about trading versus buying-and-holding Cryptos is true – with one important qualification. You either need to know or learn how to trade well; or you need to hire a great trader with a solid track record to manage your Cryptos. Just because you are a good stock or futures trader doesn’t mean you will be a good CryptoCurrency Trader. And you should never trade on your instincts or “gut feelings” – no matter how big your gut is.