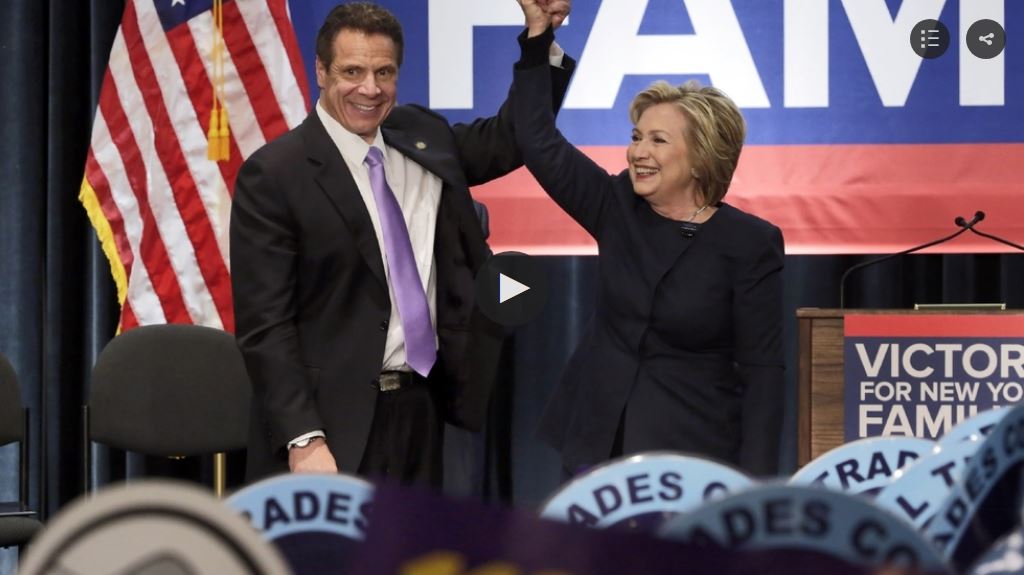 On a radio program early this week Virginia governor Ralph Northram defended an abortion bill that was even worse than the one just passed by New York Ste. When the passage of that bill was announced Hillary Clinton and the demonic governor of New York rejoiced, and the crowd gave him a standing ovation.

Both bills would allow a mother to request an abortion right up until she is in labor and the baby is about to be born. Virginia’s law would allow a baby that was born alive to be “aborted” after he or she is out of the mother’s body and is clearly alive. That’s not “abortion.” That’s out and out murder.

I believe all abortion is murder. But as long as the infant is in the mother’s womb, our barbaric laws say he or she is not human, and can, therefore, be murdered with impunity. But you would think even pro-death Democrats would realize that a baby who has been delivered is a human worthy of protection. Not Virginia Democrats.

New York’s law passed. Virginia’s failed. But it will be brought back up again. Meanwhile, several other states, emboldened by New York’s “victory” are proposing similar legislation. The Democrats will never end their bloody brutal crusade until any baby, at any time, and for any reason, can be legally aborted.

One feature of New York’s law allows “non-medical personnel” to perform abortions. I am old enough to remember when pro-death advocates argued that we must end abortion laws because “back-alley abortions” endangered the lives of the mothers. In many of those cases, the abortionists were licensed physicians who did abortions in secret because they were against the law. New York’s law makes it clear that the concern was never about the mother. Otherwise, they wouldn’t have made it legal for “non-medical personnel” to kill babies. The killers don’t even have to be nurses.

But I want to focus this article on the amazing coincidence that this ghoulish governor was challenged by pro-life groups early in the week; and then a racist photo supposedly of him from 35 years ago appeared and changed the national narrative.

Tuesday, Wednesday, and Thursday: The heat is on Northram, with Christians and Republicans calling for his resignation.

Friday morning: A 35-year-old photo is leaked by Democrats showing a photo on Northram’s personal page in his medical school yearbook. The photo shows someone in blackface and another person in a Ku Klux Klan hood and robe. It’s not clear which is Northram.
Friday afternoon: Prominent Democrats start to call for Northram’s resignation.
Friday afternoon: Northram admits he was in the photo and apologizes. He said he was “deeply sorry for the decision I made to appear as I did in this photo.”
Friday evening: Prominent Democrats start to call for Northram’s resignation.

Saturday morning: Northram retracts his admission, says he is not in the photo. He declares, “It is definitely not  me” in the photo.
Saturday afternoon: Near-unanimous calls for Northram’s resignation pour in from big-name Democrats,          including almost all of the hundreds running for the 2020 presidential nomination.

The timeline is interesting, isn’t it? The Democrats have no interest in the governor’s remarks approving of killing live babies. After all, they think the 63 Million babies who have been murdered since Roe vs. Wade was passed are not enough. They celebrate abortion.

But when it becomes clear that his statements could cause problems for the Democrat Party in the 2020 election, they decide to dump him. To do so, they leaked the 35-year-old photo.

OK. You’re right. I’ve said twice now that it was the Democrat’s that leaked the photo. And you’re correct when you say that I have no proof that they did it. But logic and the past dirty political ticks of the Dems argue that they are the only ones who would benefit from the leak.

Here’s what I believe happened. The “Boss Hog” Democrats decide that Northram is an embarrassment. They decide to ditch him. They don’t need him, and he has become a political liability. Plus, they have a reliable Democrat waiting in the wings to take over. The fact that the Lieutenant Governor, Justin Fairfax, is black is a bonus for the Democrats who hope that will defuse the racially-charged situation.

They pull out the photo, which they have had for years. Does anyone really think that the Democrats who ran against Northram didn’t do their research long ago and find this yearbook photo? I think at that time they wanted Northram to win, so they squashed the photo. To think that an obscure website would have found it without help in a matter of days, but the Democrats couldn’t find it in decades is ludicrous.

The bottom line: The Democrats pulled out the KKK photo when it met their agenda. They wanted the press to get off the horrible abortion bill, so they threw them some juicy red meat. And it worked. This is all the mainstream media is talking about. If it weren’t for this scandal, they would eventually have had to acknowledge the real story – the fact that Democrats have graduated from abortion to infanticide.