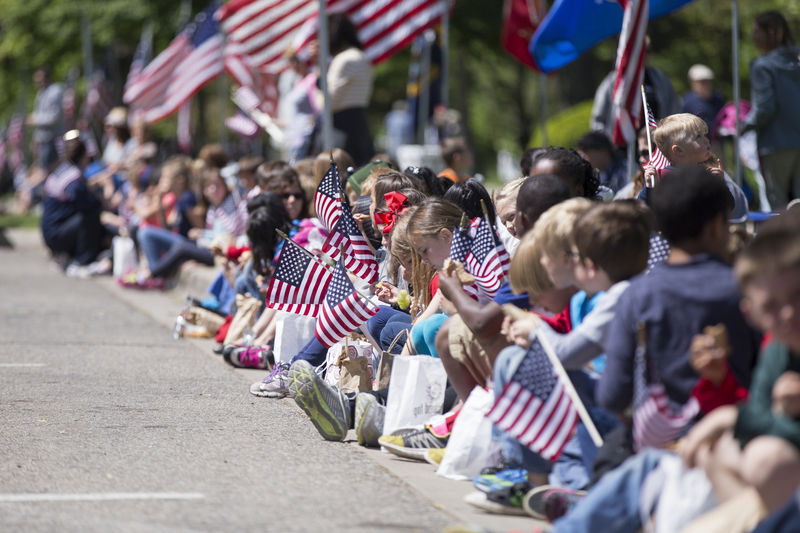 I once asked my friend Fred, who has achieved the second highest enlisted rank in the US Army, what he thought I should write about on Memorial Day weekend. He told me that a few years earlier he had heard Obama make this statement about Memorial Day: “On this day we honor our fallen by honoring all those in uniform.”

Fred is a very perceptive man. He picked up on something that the great majority probably missed in this statement. It sounds good on the surface, doesn’t it? Honor our fallen heroes by honoring all the men and women who serve. But that’s not the purpose of Memorial Day.

Obama’s statement was just another example of the destructive “inclusiveness” that is methodically stripping away any meaning from the sacred traditions that remind us of who we are as a nation, and of the terrible sacrifices that patriots have made to allow us our freedom. Memorial Day is a national day of remembrance for those who died in the service of our nation. It is a special day to honor their memories.

Although we love and appreciate our serving military members, this is not their day. Unfortunately, Fred's then Commander-in-Chief did not understand the meaning of Memorial Day. This is not too surprising since he never served in the military and since one of his key campaign promises was that he would do everything in his power to weaken our military strength and readiness. In 2008 he pledged to reduce our military by 50%, and he did just that before he left office.

Memorial Day was originally named Decoration Day. All across the nation women’s groups set aside this special day to decorate the graves of those who died during the Civil War. It was officially proclaimed by Army General John Logan on May 5, 1868, and was first observed on May 30 of that year by the placing of flowers on the graves of Confederate and Union soldiers interred at Arlington National Cemetery.

Memorial Day was recognized by all states by the end of World War I, when the holiday was changed from honoring only the fallen of the Civil War, to honoring all Americans who had died in service to their nation. But even though millions of Americans celebrated the day, it was not until 1971 that it was recognized as a national holiday. In that year by an Act of Congress, the last Monday in May was set aside for Memorial Day, ensuring a three day weekend. This was a mistake.

In their comment on this act, the Veterans of Foreign Wars stated, “Changing the date merely to create a three day weekend has undermined the very meaning of the day. No doubt, this has contributed greatly to the general public's nonchalant observance of Memorial Day.”

I'm sure they were correct. Sadly, Memorial Day observances have gradually died away over the years. It has become just another weekend to barbeque and party. Cities and towns that held Memorial Day Parades every year for decades have dropped them. Services honoring our war dead at cemeteries, which were once common in every city, town and village, are all but unheard of today.

So, no, Mr. Obama, we don’t need to further water down the observance of Memorial Day by making it a general celebration of the military. (In case you hadn’t noticed, Armed Forces Day is celebrated about two weeks prior to Memorial Day.)

Some have ascribed his "mistake" in conflating active duty military with fallen heroes to his ignorance. But perhaps it was deliberate. I have always said that Obama is "dumb like a fox." When he said on that Memorial Day, “On this day we honor our fallen by honoring all those in uniform,” he was aware that dead soldiors don't vote. But his audience that day contained large numbers of active duty personnel. So perhaps his "mistake" was intended to ingratiate himself to them. After all, they do vote.

We need to renew our efforts to ensure that the men and women who loved their country in a way that Obama will never understand, receive proper honor for making the ultimate sacrifice. On reflection, perhaps I have been too hard on Obama. I found this quote from a previous Obama Memorial Day speech, which indicates that he may not actually understand what “fallen” means. (And yes, I checked out the authenticity of the quote with numerous sources.): “On this Memorial Day, as our nation honors its unbroken line of fallen heroes - and I see many of them in the audience here today - our sense of patriotism is particularly strong.”

In 2010 Obama announced that he would break the long-standing presidential tradition of visiting Arlington National Cemetery on Memorial Day. Instead, he made a quick perfuntory visit to a cemetery in Illinois while he and his family enjoyed yet another of their many lavish vacations at taxpayer expense. Many veterans were upset at this perceived disrespect, particularly as Obama was at that time pushing through new rules to allow homosexuals to openly flaunt their sexual preferences in the military.

On Memorial Day America is both blessed and burdened. We are blessed that the majority of Americans, both Republican and Democrat, believe in freedom and understand that it comes with a price. And we are blessed that many take time to honor those who loved their country enough to pay that price with their blood, so that we who remain could enjoy the blessings of freedom.

But we are burdened by the memory of a president who understands none of this, and who, despite his pretty political words, does not honor our military, alive or fallen. In fact, he barely concealed his contempt for the military while he was in office. To see this for yourself, research his papers and speeches before he ran for the Senate.

During his presidential campaign, he coerced Harvard University into sealing all the papers both he and his wife wrote while attending there, because they were so radical. Fortunately (for the sake of truth), many of them have since been leaked. They paint a picture of a man who does not believe America is special in any way. He believes that we are “colonialists” and “oppressors.” He thinks America has too much power and influence in the world, and that we have used that power and influence to the detriment, not the betterment, of humanity. And he made it clear that he does not respect the American flag, the symbol of our great nation.

In fact, when he first ran for the presidency, he refused to honor the flag by placing his hand over his heart during the playing of the national anthem. Because we had such a man in the Oval Office, we must work doubly hard this Memorial Day to teach our children about patriotism and honor. Unfortunately, they did not learn these things by example from our ex-president, as they should be able to.

But this Memorial Day we are doubly blessed by a president who both loves and respects our military, but who has also worked hard for the last two years to repair the damage Obama did to our military pride and readiness. When he says, "I LOVE our military men and women!" you can tell that he really means it.