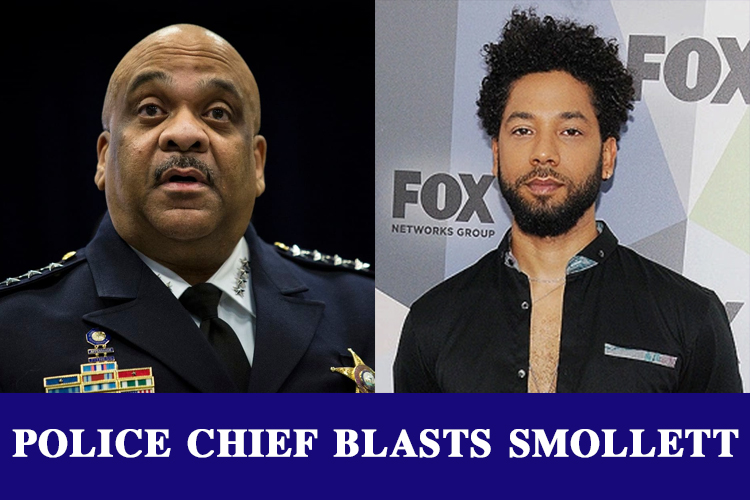 “If the witness proves to be a liar, giving false testimony against another, then do to the false witness as that witness intended to do to the other party.”
~ Deuteronomy 19:18, 19

Actor Jussie Smollett accused two men of committing multiple hate crimes against him. The crimes he accused them of including yelling racist and homosexual slurs at him, assaulting him, putting a rope around his neck, pouring a dangerous chemical on him, wearing Red “Make America Great Again” hats, and telling him, “This is MAGA country.”

If any of that obviously false narrative had been true, the two men could have served 10 to 20 years in prison. If the police had not been too smart for him and discovered the obvious inconsistencies in his story, they could have been taken from their families, served hard time in prison, and had their lives ruined.

The Bible says in the verse quoted above, that he deserves the punishment they would have received if his lies had been believed. It’s that simple. Matthew Henry, the renowned Bible commentator, states that “no law could be any more just.”

Under the Illinois State statutes Smollett could be charged with, he could be sentenced to up to 20 years in prison. I predict that if the charges are not dropped, they will be reduced to lower charges and he will either receive a suspended sentence or be sentenced to community service.

However, if the “hate crime” he invented had actually occurred, and two white men had been charged instead of two Nigeriens hired by Smollett, they would, without doubt, have received heavy prison sentences.

Why? Because Smollett is not just any racist homosexual. He is a rich actor on a popular show who gets paid $125,000 per weekly episode. He will be represented by highly paid lawyers who likely play golf at the same country clubs as the judge, or at least know the judge socially.

The other advantage this racist punk has going for him is that he is a native son of Chicago. Chicago is the most corrupt city in the most corrupt state in the U.S. Despite what the obviously enraged black police superintendent said about the case, his boss, the mayor of Chicago, is still Rahm Emanuel. And of course, Emanuel, former #2 to Obama, is the Chicago King of Corruption. He’ll take care of Smollett.

Eddie Johnson, the top cop of the city, was incensed at the cost of investigating the hoax. “This stunt was orchestrated by Smollett because he was dissatisfied with his salary,” he said. He “took advantage of the pain and anger of racism to promote his career.”

An average of ten murders are committed every week in Chicago, only 17% of which are ever solved. This is one of the most dangerous cities in America. So it’s not like they couldn’t have made better use of the resources wasted on the investigation of this celebrity hoax.

Police sources say the resources used were significant. Two dozen detectives were diverted from their regular duties. They spent over 1,000 regular duty hours, plus overtime on the case. “We interviewed over 100 individuals in a canvass of the area and a follow-up canvass as our investigation expanded,” according to the commander of the detective unit.

And that doesn’t include the hundreds of hours spent reviewing videos from the area. Fortunately for Smollett, he rehearsed the crime several days earlier and chose a location not covered by any cameras. Police also executed 50 search warrants and subpoenas for phone, social media and financial records.

All this began because Jussie Smollett thought $125,000 per week wasn’t enough money. If his lies had been believed, we could have seen race riots worse than any Chicago had ever seen – and they could have spread across the country. Trump supporters – or anyone wearing a red ball cap – could have been attacked. Hundreds could have been killed or injured because this little racist twerp was so greedy.

I have referred to Smollett several times as a racist. That’s not a term I use loosely. But it is clear that he never thought the identities of his black co-conspirators would be discovered. He had arranged for them to fly to Nigeria the next day. He believed he would be believed because he was a “star” in the trashy evening soap opera “Empire.”

In addition to the attention he craved he wanted to create more hatred toward white people, and in particularly whites who voted for Trump. If that isn’t the definition of a racist, I ask, “What is?”