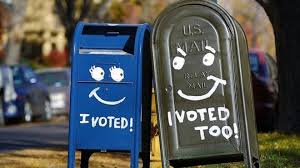 The Democrats cry long and loudly about how much they care about illegal aliens. Please don't be fooled by their crocodile tears. They only care about their party.

The majority of Americans don't realize just how much power and money Democrats receive due to Illegal Aliens being in our country - even without voter fraud. This is the real reason they created 'Sanctuary' cities and states. Simply by including their numbers as part of the population in the US Census, they get billions of dollars from the federal government. For every 770,000 illegal aliens in Democrat-controlled area, they get another seat in the US House of Representatives apportioned to the area following the census.

The Census is done every 10 years. After each census, the 435 seats in the US House of Representatives are divided up by state populations. Following the last Census, one seat was allocated for every 770,000 people.

California has about 4 Million non-citizens living within its borders. That means that five of their seats in the US Congress can be attributed to people who are not Americans being counted in the Census.

Now imagine if by 2020, when they do the next census, they had 10 MILLION non-citizens living in California. That would mean California would get 10 seats in the US House of Representatives directly as a result of non-citizen residents.

Now you see why the Democrats are fighting so hard to keep a question about citizenship from being added to the census.

And now you see why Democrats want Open Borders...