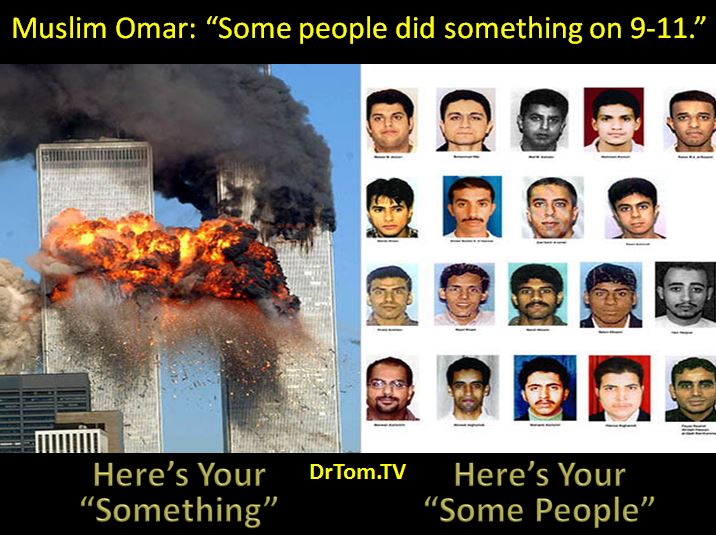 Ilhan Omar, a brand new member of the House of Representatives, recently made such a horrendous remark about 9/11 that even fellow Democrats have condemned her. Speaking to CAIR (a front group that raises money for Islamic terror organizations) Omar said, “CAIR was founded after 9/11 because they recognized that some people did something and that all of us were starting to lose access to our civil liberties.”

Interesting. Omar seems as ignorant of facts as her fellow freshman congressman Alexandria Ocasio-Cortez, who has made many factual errors of her own. Omar claims CAIR was founded in after 9/11. In fact, it was founded in 1994.

As a US congressman, she should not be speaking to such a group, which the U.S. government has named as an “unindicted co-conspirator or joint venturer” in the Holy Land Foundation case — an Islamic charity that in 2008 was convicted of funding Islamist militant groups. While it has not been proven that CAIR itself is a terrorist organization, it has given millions to some of the worst Islamic terrorist groups. 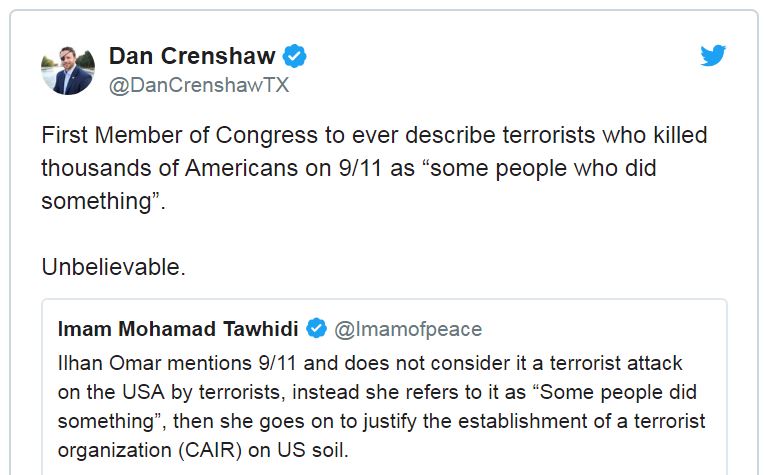 What angers so many Americans, Democrat and Republican alike is the fact that she trivialized one of the most horrific events in U.S. history. The “some people” she referred to in her speech were her co-religionists, something she refuses to acknowledge. But, whether or not she chooses to deny it, the whole world knows that the nineteen terrorists of 9/11 were all Muslims.

The “something” she referred to offhandedly was the murder of almost 3,000 Americans in the most appalling attack on U.S. soil. She claims to be a patriotic American, but she chose to minimize an event so terrible that millions of Americans are still traumatized by it 18 years later. Her only concern was for herself and her fellow Muslims who she felt were treated as “second class citizens.”

It is interesting that in a Rolling Stones article (linked below) she listed those she represents in Congress. She named herself first, then refugees, followed by immigrants, Muslims, women and – at the very bottom of the list - the Minnesotans who elected her. She won’t think of them again until her next election. Like OCA, she is only interested in making herself a national figure by making outrageous, unfounded and ridiculous claims.

In the same article, she made this a statement in which she broke at least two federal laws that could land her in prison:  18 U.S. Code §2385 - Advocating overthrow of Government. And §2383 - Rebellion or insurrection. Look them up and see if you agree with many legal scholars that the following statement by Omar violates those two statutes…“I believe that impeachment is inevitable. It also is a terrifying notion. Pence is an ideologue, and the ideology he holds is more terrifying to me and my constituents. And we have not had a full impeachment that removes the president from office. Nations struggle any time they overthrow a dictator, and Trump really has the markings of a dictator.” 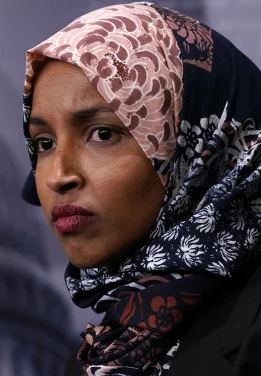 You may wonder why such a radical as Omar was ever elected in the United States. According to the Minneapolis Star Tribune, Ilhan Omar’s hometown of Cedar-Riverside has taken on its own, separate identity from Minneapolis. Separated from the rest of Minneapolis by the Mississippi River and two freeways, the neighborhood operates as a self-sustaining village. “That’s allowed it to develop on its own and retain its character,” said Michael Tolan, of the Preservation Alliance of Minnesota. These are not Americans, regardless of their legal status, because their first allegiance is to Islam – not to the country that welcomed them as refugees.

Fox News has reported that more men and boys from this Somali community have joined a foreign terrorist organization over the last 12 years than any other jurisdiction in the country. With by far the largest Somali population in the United States, around 100,000, it’s no surprise that a radical would be elected by a community of radicals. Why am I not surprised that Omar’s constituency is the most fertile breeding ground for ISIS and Hamas recruiters in America?

Omar Tweets that Israel is “Evil”