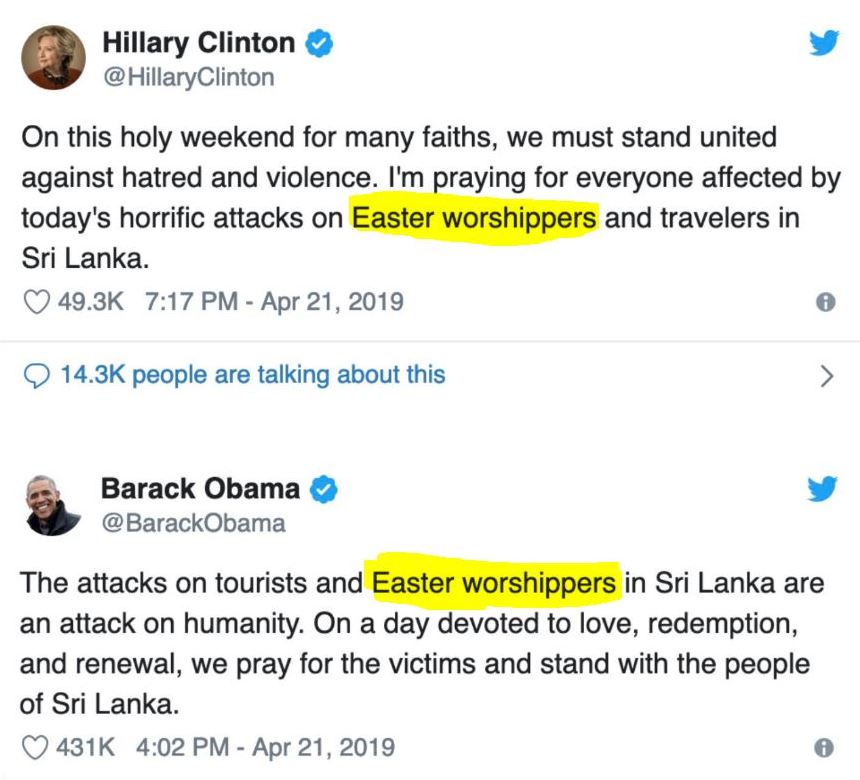 This story broke after we had published the Conservative Truth issue at midnight on Sunday. Although it is not our usual policy, I am adding this story to this week’s publication due to its importance.

Before I get into the details I need to report on an amazing lack of candor on the part of two former national leaders. Barrack Obama and Hillary Clinton don’t believe the almost 300 people killed by terrorists in their churches on Easter Sunday were Christians. According to their Tweets, they dead are actually from a previously unknown category of persons that Obama and Hillary have invented. They both used the same identical term: “Easter Worshippers.”

Just as they have been unable for the last ten years to utter the words “Islamic Terrorists,” they seem to be unable to speak the word “Christians” when referring to attacks on them by Islamic Terrorists. It is a mystery why these two make herculean efforts to protect Muslims from blame when it is due. We know Obama went to an Islamic school as a boy. But when how and when did Hillary become radicalized? 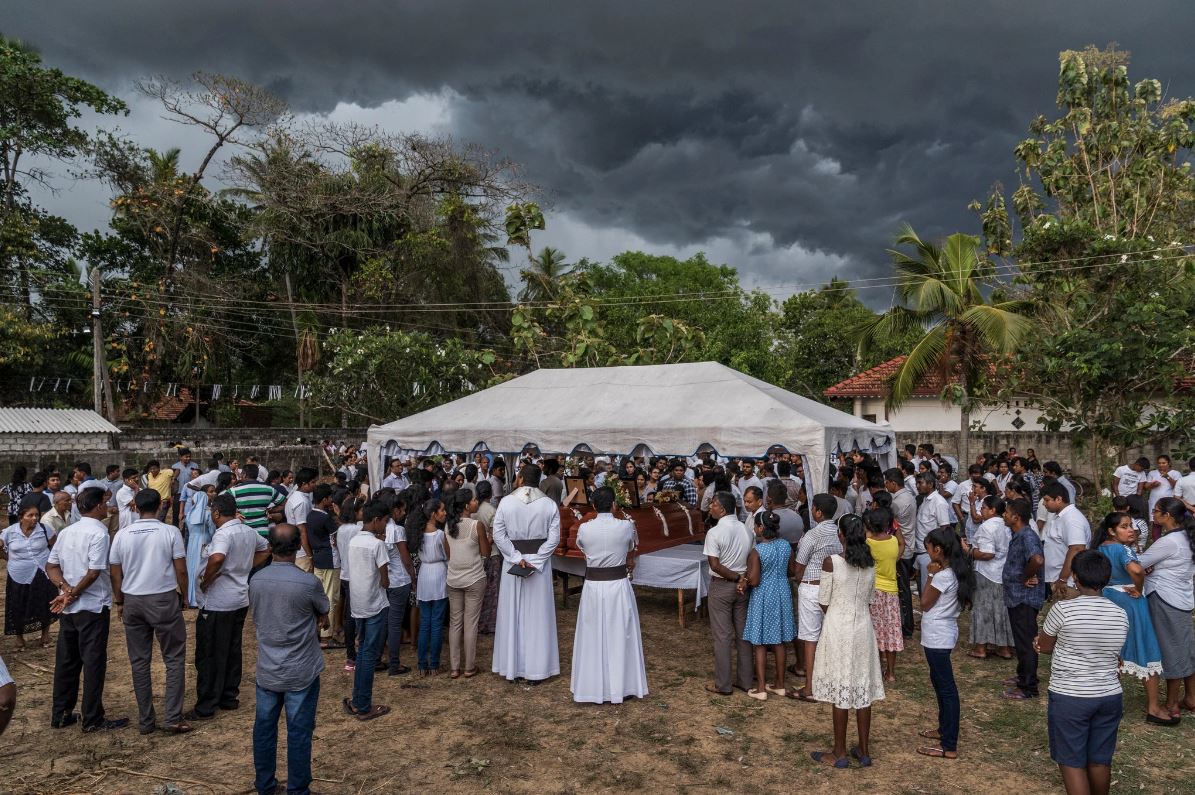 Who else but Christians would be in churches on Easter Sunday? Why do Obama and Hillary, both highly educated people, hold themselves up to ridicule for refusing to state the obvious? As Pete Hegseth says, “I’ve never heard of Muslims attending holiday services referred to as ‘Ramadan Worshippers,’ or Jews as ‘Passover Worshippers.’”

In the newscasts following this Easter massacre the words “Christian” and “Christianity” were censored by all the major networks. NBC and CBS only mentioned Christians once, while ABC mad no mention of the true reason for the bombings. The print  media followed suit, with the scarce mentions of presecution and murder of Christians a mere footnote.

In any case, the Sri Lankan government has determined that the attacks were perpetrated by a little known Islamic Terror group: National Thowheeth Jama’ath. It seems that they are all Sri Lankans, but the government stated that the sophistication and coordination of the attacks would have been impossible without help from international Islamic Terror groups. In fact, ISIS has now claimed responsibility for the massacre.While it is clear that the Sri Lankan group that carried out the attacks are Muslim Terrorists, and that they were undoubtedly inspired and probably trained by ISIS, ISIS’ claim of responsibility has not been confirmed. One reason to doubt their claim that ISIS suicide bombers record last messages before blowing up innocent people. No such recordings have been published.

The U.S. government has offered any aid Sri Lanka may need, humanitarian, intelligence, or investigative aid. A team of FBI agents has already been dispatched to aid in the investigation. At the same time, the Department of State has issued a travel warning for Sri Lanka, and security has been increased at large churches in the United States.The six bombs killed 290 people – so far. Another 500 or more were injured, so the death toll will probably rise. 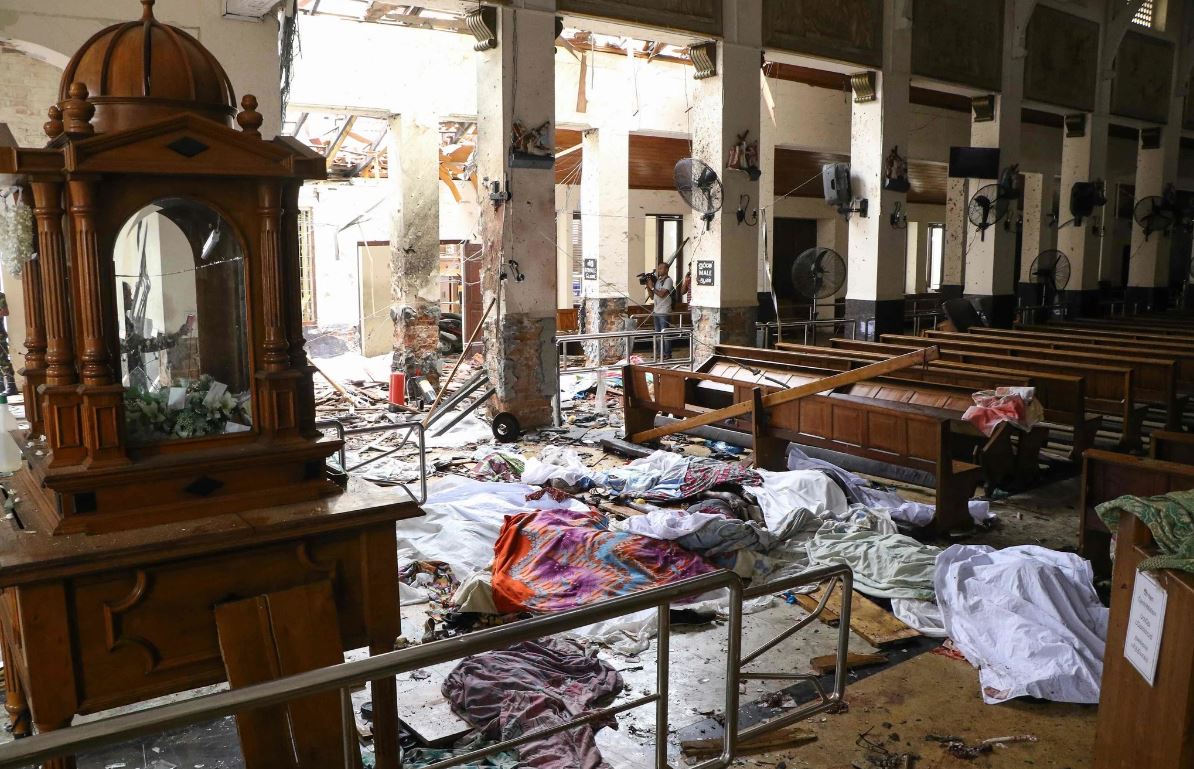 Keep in mind that this was not just an assault on the Christian Sri Lankans, Americans, and Christians of other nationalities who were visiting. It was an assault on all Christians worldwide. One in three Asians are “severely persecuted,” according to Dr. Qanta Ahmed, a Muslim who studies religious persecution. According to Ahmed, a decade ago 107 nations – more than half the nations of the world – actively persecuted Christians. Today it is 144 nations – almost three-quarters of all nations. In fact, more Christians are persecuted in more countries than any other group in the world.”

When ISIS claimed responsibility for the attacks, they said the murders were “retaliation” for the recent bombings of two mosques in New Zealand where 59 died. The irony of this claim is that the perpetrator there was anything but a Christian. He was a hate-filled Australian white nationalist who resented the recent massive influx of Muslim immigrants into New Zealand, Australia and Europe.

This only shows how stupid the Muslim Terrorists are. They think that all white people are Christians, and therefore not worthy of living.They are so ignorant of the religion they hate so blindly that they don’t know that Jesus taught love and peace. But they do closely follow the words of their “prophet” Mohammed who taught violence, hate and murder. Islam is a religion of violence. The "holy" Quran (Koran) contains over 100 passages that call Muslims to take up arms against unbelievers in the name of Allah. Here are just a few…

“Kill them [unbelievers] wherever you find them…And fight them until there is no more unbelief and worship is for Allah alone” (Quran 2:191-193).

“Allah has purchased from the believers their lives and their properties; in exchange for that they will have Paradise. They fight in the cause of Allah, so they slay and are slain” (Quran 9:111).

“Truly Allah loves those who fight in His cause in battle array…” (Quran 61:4)

“The Messenger of Allah said: I have been commanded to fight against people till they testify that there is no god but Allah, and that Muhammad is the messenger of Allah” (Sahih Muslim 1:33).

Please pray for the people of Sri Lanka, especially the persecuted Christians. FOX News reported today that more than 23,000 Christians worldwide have been murdered for their faith since 2012. The Administration of Barack Obama refused to acknowledge that there was a problem (although he aggressively responded to any hint of Muslim persecution), so he did nothing about it.

And let’s pray that our new president will have the courage to do what Obama refused to do – take action to protect the millions of persecuted Christian believers worldwide.

Islam is a Religion of Violence

BBC: Sri Lanka - Who are the Victims?