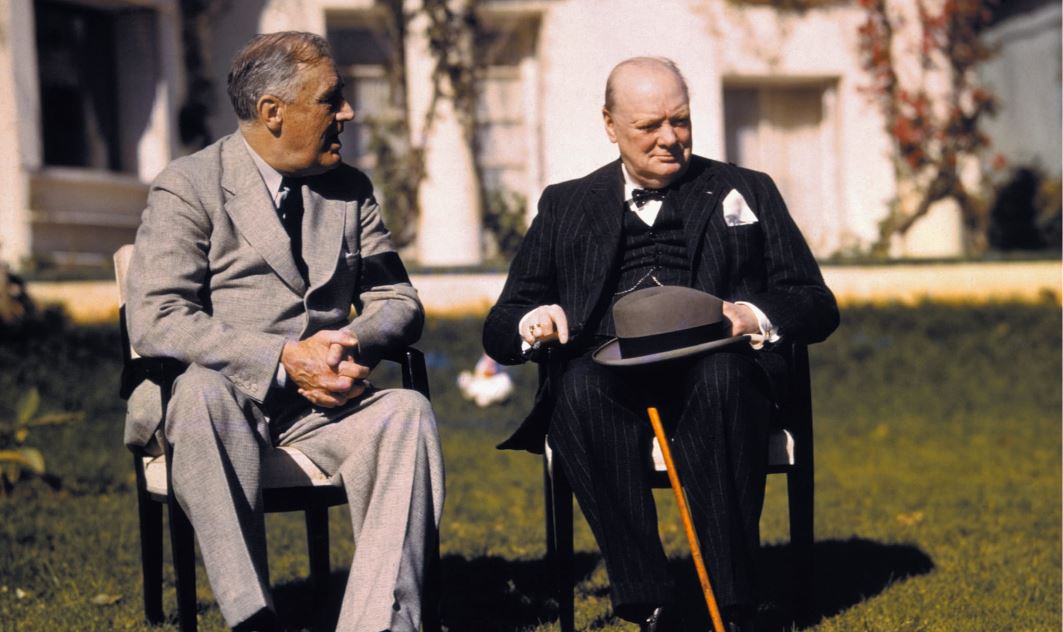 It was a massive invasion that most consider the defining moment of WWII – the day that turned the tide of the war. It was the greatest amphibious military invasion in world history, and it didn’t happen overnight. President Franklin Roosevelt and Prime Minister Winston Churchill knew that this invasion would be necessary to win the war. They, along with their generals, started planning for it several years earlier.

Hitler also knew that such would be needed in order to defeat him, and planned for it. But he expected that the assault wouldn’t occur until spring of 1944, and reasoned that it would take place in northwestern Europe. He thought that he could repel them with a counter-attack, giving him time to send the majority of his troops to defeat the Soviet Union in the east. Fortunately, the secret Allied plan for the invasion of Normandy was never discovered by the Nazis – until it was too late.

General Dwight Eisenhower, who would later become the U.S. president, was the Supreme Allied Commander in charge of the Allied troops from all nations. On June 5, 1944, he gave the order to go ahead with what by then was termed Operation Overlord. That triggered the invasion force of 6,000 landing craft, ships and other vessels carrying 176,000 troops to leave England for the dangerous night trip to France.

The same night over 800 airplanes full of parachutists flew to designated drop zones in Normandy. Another 13,000 aircraft were used to provide air cover and support for the invasion. By dawn on June 6, 18,000 troops parachuted from the planes and were on the ground. At precisely 6:30 the land invasions began.

Our main allies in this effort were the Canadians and the British. They easily overcame the opposition at the three beaches they were assigned to capture: Sword, Juno and Gold. The Americans dispatched the take Utah beach were similarly fortunate. 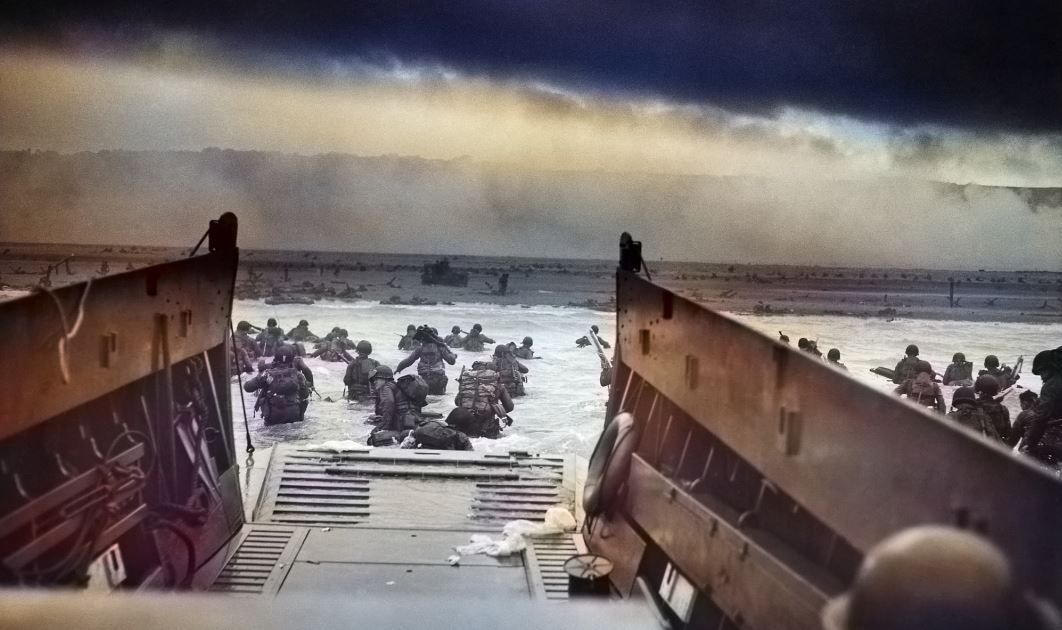 American troops sent to Omaha beach faced a much more difficult challenge. Over 2,000 soldiers were lost there, but they achieved their objective and took control of the beach. By the end of the day, over 150,000 Allied forces had successfully taken the Normandy beaches. All these beaches were needed as staging areas for the land assault on the Nazi forces in Europe that was about to begin.

Fortunately, the Nazis were confused and disorganized. Their most effective commander, Field Marshal Rommel, was on leave. Hitler initially believed that the invasion was a bluff meant to distract him from the attack he still believed was coming north of the Seine River, so refused to release nearby troops to join the counterattack. Reinforcements had to be called from further away, giving the Allies time to reinforce their positions.

At the same time, Allied ships were shelling German artillery positions to provide support for the advancing Allied troops. And Allied aircraft were bombing his positions and taking out key roads and bridges, forcing the Nazis to take long detours.

Within three months, northern France was liberated with help from the underground French resistance. And part of the Allied invasion force entered Germany, where they connected with Soviet forces. (At that time the Soviets were our allies.) In less than a month the Allies had 850,000 men and 150,000 vehicles in Normandy. They were ready to march across Europe to defeat the Axis powers in Europe, the Italians and the Germans. Japan was also an Axis power, but it was not engaged in this theater of the war.

History.com says, “The heroism and bravery displayed by troops from the Allied countries on D-Day has served as inspiration for several films, most famously The Longest Day(1962) and Saving Private Ryan (1998). It was also depicted in the HBO mini-series Band of Brothers (2001).” 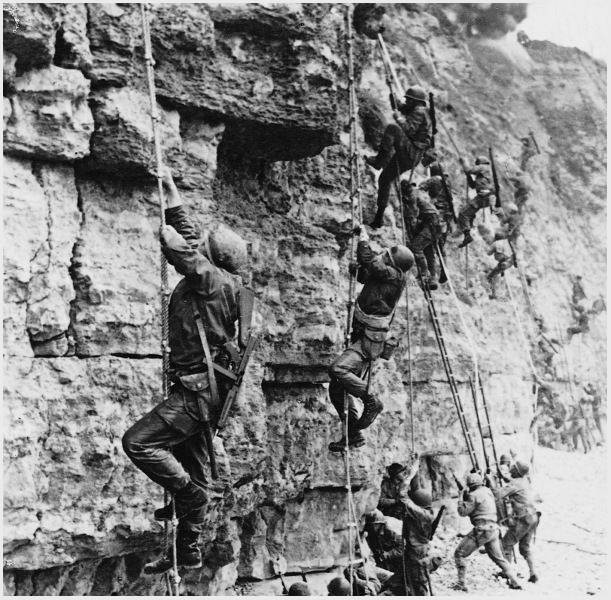 4,414 Allied troops, 2,499 of them Americans, died the first day of Operation Overlord. While all the Allied officers and enlisted men fought bravely and volunteered knowing that they might well die, I would like to spotlight the heroism of the men who climbed the famous cliffs of Normandy, as well as the paratroopers. They jumped out of airplanes into battle knowing that they had only a 25% chance of living through the attack. Fortunately, 50% survived.

The men who climbed the cliffs did not fare so well. Almost half of them died that day. I would like to close this by quoting part of President Ronald Reagan's speech given in Normandy on the 40th anniversary of D-Day, with some of the surviving troops in his audience. I could never describe that day as eloquently as the great Ronald Reagan did, so I won’t try.

“We stand on a lonely, windswept point on the northern shore of France. The air is soft, but 40 years ago at this moment, the air was dense with smoke and the cries of men, and the air was filled with the crack of rifle fire and the roar of cannon. At dawn, on the morning of the 6th of June, 1944, 225 Rangers jumped off the British landing craft and ran to the bottom of these cliffs. Their mission was one of the most difficult and daring of the invasion: to climb these sheer and desolate cliffs and take out the enemy guns. The Allies had been told that some of the mightiest of these guns were here and they would be trained on the beaches to stop the Allied advance.

“The Rangers looked up and saw the enemy soldiers at the edge of the cliffs shooting down at them with machine guns and throwing grenades. And the American Rangers began to climb. They shot rope ladders over the face of these cliffs and began to pull themselves up. When one Ranger fell, another would take his place. When one rope was cut, a Ranger would grab another and begin his climb again. They climbed, shot back, and held their footing. Soon, one by one, the Rangers pulled themselves over the top, and in seizing the firm land at the top of these cliffs, they began to seize back the continent of Europe. Two hundred and twenty-five came here. After two days of fighting, only 90 could still bear arms.