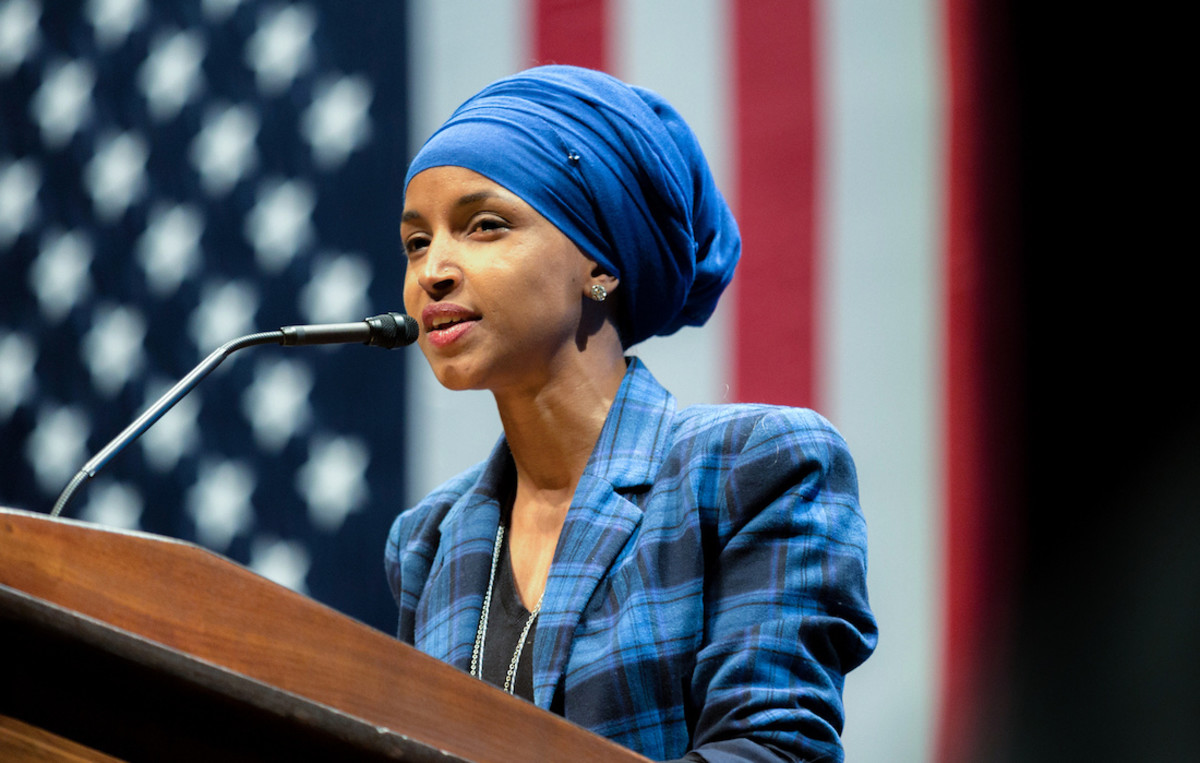 With the rising (and dangerous) numbers of Muslims being elected to public office in the United States, that is a real possibility. Do you think it couldn't happen? Consider Obama.

Obama was an avowed Globalist and a closet Socialist. But he was charming and charismatic. Globalists like the Kennedys and George Soros put him in office. "No," some would say. "He was elected by the people." That is a quaint, but incorrect notion.

Obama was an unknown community activist from the most corrupt city in the U.S. His only political qualification was that he was elected to a minor position in Illinois Congress (the most corrupt state in the Union). Yet he was plucked from obscurity by the Kennedys to gave the keynote speech at the Democrat National Convention in 2004. Four years later, with massive Soros dollars behind him, he made a different kind of speech at the same convention - a speech accepting the nomination of his party to run for president.

The whole debacle was orchestrated by rich Globalists who pulled the strings of their puppet, Obama. During Obama's Reign of Terror he quashed religious freedom, destroyed military morale and readiness, encouraged homosexual marriage, destroyed businesses, took over health care, and deeply damaged our economy. And those are just the highlights.

Do we actually think the same shadow group couldn't put a puppet Muslim in the White House? I started thinking about this today when I saw the op-ed from the Muslim Mayor of London describing our president as a "global threat," and encouraging massive protests against him during Trump's State visit to Great Britain.

If this is how a Muslim in one of the most important political positions in England acts, what would a Muslim president of the United States look like? He would definitely be a Globalist. He could not be a Patriot if he was a true Muslim. And he would place Sharia law over American law. London stupidly elected a man who was not loyal to his nation to be their mayor. I pray that America is never suicidal enough to send a Muslim to the White House.

What was Obama's greatest threat to the United States? It was that, rather than being an American Patriot, he pledged his allegiance to a world government. What would be the greatest threat to the United States of a Muslim president? He would not (could not) be a patriot, because he is bound by his "religion" to support a global Islamic Caliphate.

Islam is not a religion. That's the one thing foolish Christians and Jews don't realize. When they add the word "religion" to the word Muslim, we naively think they are like us. Our religions teach us not to lie, steal or kill. Their so-called religion teaches them that it is OK to do all those things to further the goals of Islam. In fact, if you don't, you are considered to be an infidel and deserve to have your head chopped off.

What are some other differences? Muslim men are required to murder their own daughters or sisters if they so much as kiss a non-Muslim. They call it "honor killing" - and please don't be so foolish as to think that it doesn't happen here in the United States. Muslim mosques are used to store weapons, ammunition, and bombs. Have you ever seen that done in a church or synagogue?

"But I know a Muslim, and he is a nice guy." If he actually is, then he is violating his religious beliefs, because he is required to kill pigs and dogs (Christians and Jews) whenever or wherever possible. You cannot be a good Muslim and a good person at the same time. And don’t forget that he very likely to be a great actor. Remember, they are encouraged by the Koran to lie if it helps their cause. I’m sure the 19 Muslims who killed 3,000 Americans on 9-11 smiled a lot and pretended to be friendly.

Of course, there are some Muslims who are like some Christians. They are Muslims because their family is Muslim, but they don't read the Koran and have no idea of the ugliness it contains. They are like the "Christians" who attend church on Christmas Eve and Easter but have no clue about what the Bible teaches.

Other differences include the fact that under current Sharia law, Muslim men can have up to four wives. In general Muslim women worldwide are considered inferior to men in all ways, although in some Muslim majority nations women are treated better. But FGM (female gential mutilation) of infants is still performed in many Muslim communities (yes, including here in the U.S.) and is approved by the Imams. The idea is that if women don’t enjoy sex, they are less likely to commit adultery.

The biggest difference is between the founders. Jesus was a good, humble man on this earth who never married, and who treated everyone with love and compassion. He was God incarnate while on the earth. Mohammed, on the other hand, was a fraud who created his own fake religion to get power. He was a pedophile who “married” and raped a nine-year-old girl named Aisha, and claimed she was one of his 13 wives. He also personally ordered the beheading of those who refused to submit to him and become Muslims.

The other big difference is that Muslims insist they should be governed by Sharia law instead of American law. There have always been religious courts in major religions, including Christianity and Judaism. But they have limited their scope to strictly religious matters within their congregations. Muslim Imams teach that only Sharia law should be used in any matter that involves Muslims and that they are not subject to any other courts. They also teach that loyal Muslims must push to have Sharia law be the only law in nations where they live.

So if Islam is not a religion, what is it? The bottom line is that Islam is a political and military organization bent on world domination. It has chosen to create a veneer of religion in order to gain wider acceptance. But its goal is not to bring men and women to God, but rather to bring everyone into submission to their cult. After all, the word Islam means “submission.”

Religious “scholars” in our universities defend the idea that Islam is a religion. (Don’t you find it strange that most professors of religion in colleges and universities who teach our children about Christianity and the Bible are not even Christians themselves?) One recently put forth the ridiculous argument that because there are over a billion Muslims they must be a religion. Would we call Communism a religion if there were a billion Communists? How about Satan worshippers or pedophiles? Numbers don’t make a religion; truth does.

John Bennett, a Republican state legislator in Oklahoma, has stated, “Islam is not even a religion; it is a political system that uses a deity to advance its agenda of global conquest.” General Michael Flynn told an ACT for America conference in Dallas that “Islam is a political ideology” that “hides behind the notion of it being a religion.” And former assistant United States attorney, Andrew C. McCarthy, wrote in National Review that Islam “should be understood as conveying a belief system that is not merely, or even primarily, religious.”

Dr. Ben Carson, whom I know personally and greatly respect, has said, “Islam is inconsistent with the Constitution.” What does that mean? Simply that Islamic ideology is contrary to the Constitution because it requires allegiance to Sharia law and the Islamic caliphate, which makes it impossible for practicing Muslims to hold fidelity for the Constitution, our flag, or our nation. As Jesus said, “No man can serve two masters.”

JR Dieckmann summarizes this subject well in his article in the Canada Free Press:

“We must recognize that religion is only one aspect of Islam's Koran. The rest of this charter advances ideas, social behavior, and laws that are in direct conflict with American and western laws and values. Teddy Roosevelt once said that to live in America, immigrants must have undivided loyalty to America and to no one else. How is that possible for Muslims who swear loyalty to Islam where their governing laws are found in the Koran.

“What legitimate religion would demand that its members either kill or convert people of other faiths? What legitimate religion is intent on imposing its own laws on the rest of the entire world? If Islam were just about praying to Allah and worshiping Mohammed and nothing more, we would not be having a problem with Islamism and Islamic terrorists. Islam has a global mission to take over and run the world according to Islamic Shariah law. How can we call that a religion?

“What legitimate religion in this country comes with its own civil laws that take precedence over national, state, and local laws? No, Islam is not a religion. It is a governing doctrine that not only dictates religious beliefs, but also social behavior, that includes laws, penalties, and punishments, not by God, but by people if the laws are not obeyed. Islam is a form of government, not a religion. It does not belong here. We already have government under our Constitution.”