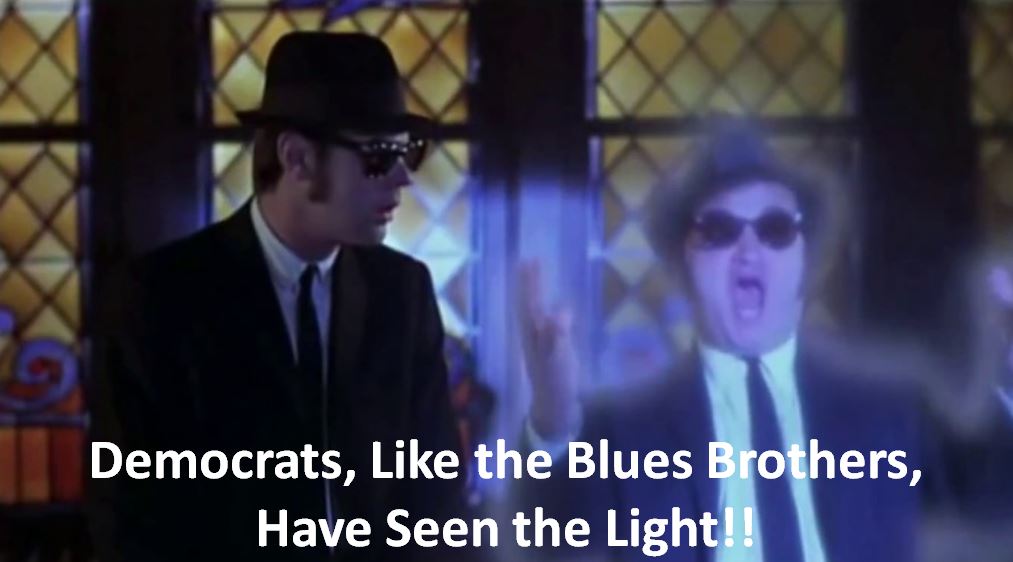 The Democrats, long the anti-Christian Party, have discovered that Jesus sells. They have watched how evangelical Christians helped Trump trounce Hillary in 2016. And they have decided it is worth a try.
Before I go on, let me make it clear that I didn't say that all Democrats are anti-Christian. I said their Party is anti-Christian. Just as the bosses of the Firefighter's Union endorsed Joe Biden against the wishes of the majority of its members, most Democrats don't hate Christianity. But their Party leadership sure does. Just look at their Party platform if you have any doubt.
In past elections, I have never heard Democrat candidates talk much about faith. You might hear a mealy-mouthed statement like, "Faith is important," but you'd never hear one say, "I've been born again by the blood of Jesus." They would have had their Party membership rescinded on the spot, and quite possibly been beheaded.
So it was shocking to hear Sen. Corey Booker say recently, "Christ is the center of my life." I was equally shocked to hear Kamala Harris, a truly terrible woman who endorses every form of late-term abortion, talk about how important her faith is to her. And they're not the only ones. Multiple Democrat presidential candidates who had  never before uttered the name of Jesus in public are suddenly His best friends.
What in the world is going on? The Democrats are desperate. They have seen how their anti-Christ, pro-abortion, pro-homosexual marriage policies have turned off many members of their own party. They remind me of soldiers in foxholes who suddenly "find Jesus" when the bullets start flying.
Don't be fooled. Is it possible that some dem presidential hopefuls have been born again since they declared their candidacies? Of course. But it seems mighty convenient. The Bible says, "By their fruit, you shall know them." Don't give a lot of credence to what they say. Instead, look at their fruit - what they do. If they come out against the perversion that is called homosexual and lesbian "marriage," and if they declare themselves to be pro-life instead of pro-death, then I would believe that they have indeed seen the Light of Jesus.
Copyright ©2019
Read more by Dr. Tom Barrett
Tweet