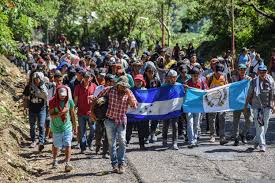 Why are the Democrats OK with counting the numbers of toilets or refrigerators in our homes, but not the number of citizens?

Let’s start with an understanding of the census.

Article I, Section 2 of the Constitution reads (in part): “Representatives and direct taxes shall be apportioned among the several states which may be included within this union, according to their respective numbers, which shall be determined by adding to the whole number of free persons, including those bound to service for a term of years, and excluding Indians not taxed, three fifths of all other Persons. The actual Enumeration shall be made within three years after the first meeting of the Congress of the United States, and within every subsequent term of ten years, in such manner as they shall by law direct.”

The only place the word “Census” is found in the Constitution is in Article I, Section 7, which reads (in part): “No capitation, or other direct, tax shall be laid, unless in proportion to the census or enumeration herein before directed to be taken.”

So, according to Section 7, the words Census and Enumeration are interchangeable. As we read this, we understand that the Census is important, because its results will determine the number of representatives to which each State is entitled. We also see that it is to be performed every ten years. And we find that everyone is to be counted, “excluding Indians not taxed.”

In the current debate the Democrats are claiming that the Constitution requires the counting of the entire population, not citizens. I have quoted the only two sections of the Constitution above. The word population occurs in neither. I’ve never heard anyone discuss this, but one interesting phrase indicates that the Founders intending only for citizens to be enumerated in the Census.

Citizens pay taxes. Remember the phrase “excluding Indians not taxed”? American Indians were never included in the Census unless they renounced their citizenship in whichever Indian “Nation” they claimed. That makes sense. Why should the members of one nation have an influence over the Congressional representation and the elections of another nation?

By the same token, why should citizens of other nations who are here illegally be able to influence our elections? The Democrats have been whining for years that the Russians “influenced” the 2016 election, and that Hillary is the true president. While it is true that the Russians have regularly tried to interfere in our elections, there has never been an iota of evidence that they influenced any election. So isn’t it rather hypocritical for Democrats to fight to allow illegals to influence our elections?

In 1820 our nation’s fourth Census was taken. From that time until Obama took office, the “citizenship question” has been on our Census forms in one manner or another.

In 1820 it asked for the “Number of foreigners not naturalized.”

In 1870, the first census following the Civil War, respondents were asked: “Is the person a male citizen of the United States of 21 years or upwards?”

In 1970 and 1980 the short-form Census did not ask a citizenship question, but the long form required respondents to answer this: “For persons born in a foreign country- Is the person naturalized?”

So what happened in 2010 under King Obama’s reign?

Democrat President Lyndon Johnson was able to get rid of the citizenship question on the short form during his tenure. The first Census after this was done was in 1970 when Nixon was in office. But they couldn’t get it off the long form. Due to the citizenship question there had long been a conspiracy to eliminate the long form, starting with Clinton. But Obama did the deed.

If you search the Internet you will find an abundance of articles from liberal media outlets that claim he did no such thing. Instead, say they, he “replaced it with the American Community Survey (ACS).” In order to appease Patriots, this form does ask, “Is this person a citizen of the United States?” The problem is that, although the ACS is administered by the Census Bureau, it is not part of the actual census, as the long form was. So, while it contains important information, it cannot be used in determining the numbers of Congressmen and Electors for each state.

So, a quick summary:

Since 1840 a question about citizenship was on almost every Census.

Prior to the 1970 Census the Democrats were able to remove the question from the short form, but it remained in the long form until Obama.

They finally reached their final goal in the 2010 Census when Obama eliminated the long form.

Why is this so important to Democrats, Liberals and Socialists of all stripes? They are counting on illegal immigrants to swell their Party’s numbers to the point where there will never again be a Republican president or Congress.

But how can they do that when illegals can’t vote? First, illegals have voted in every election for years – in states where Democrats have squashed voter identification laws. (It’s ironic that you can’t enter the Democratic National Convention without a government-issued photo ID, but they refuse to use the same protection for our most sacred national right – the vote.)

Second, they plan to make the illegals – legal. Remember President Reagan? Bless his heart, he was a good, trusting man. He believed the Democrats lies when they said this would be the last amnesty ever. If he would give amnesty to the three million illegals in the country at that time, Democrats would immediately get to work and pass comprehensive immigration reform that would keep illegals out.

They tried the same scam on Trump – but he has learned from Reagan’s great mistake. He’s told them, in no uncertain terms, that until they pass sensible immigration bills that will stop attracting illegals like magnets, and provide border security, there will be no “path to citizenship” for the illegals they have already let in.

Incidentally, does no one but me find it strange the polling companies (funded by liberals) have been reporting that there are 11 Million illegals in the U.S. for almost 20 years? Almost a million will cross our Southern border this year alone. Does that mean that one million illegals have “self-deported”?

I am much more inclined to believe the joint study by Yale and MIT which concluded that there are twice as many illegals – over 22 million – as the Democrats claim.

If these people will become citizens, it does not mean that they will be loyal to this country. Obama removed the part of the citizenship oath in which new citizens had to swear to support and defend the United States. Just this week illegals in Colorado tore down an American flag, and raised a Mexican flag in its place. This has happened many times before.

And what about the Central American immigrants? Most are fleeing bad economies to find better jobs in America. But they are being coached by Democrats to claim amnesty and swear that they are in fear for their lives due to government oppression. But if their countries are so bad, why do we see so many in the caravans smiling and waving Guatemalan and Honduran flags? (See photo above.)

America, it’s time to wake up. We are being sold a pack of lies by the Democrats with the help of their lackeys in the liberal news media. If they win, the America we grew up in will cease to exist. I’m not talking about the color of the skins of the immigrants. I’m talking about the illegals of whatever color who lie their way into our nation and have no allegiance to it.

Yale, MIT Study: 22 Million, NOT 11 Million, Undocumented Immigrants in US