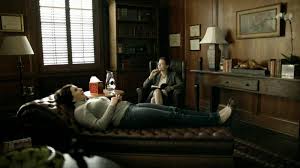 The Democrat's latest ploy in the war against the Second Amendment is an old one that they've dusted off and renamed as "Red Flag Laws." The idea is that if someone - apparently anyone - who knows you own a gun goes to the police and states that they think you're mentally unstable, the police can take your weapon. Then you would receive "due process," which involves having a mental health professional determine what you might do in the future if you're allowed to keep your weapon. Then a judge will take that recommendation into account and determine whether you will get your weapon back.

It sounds like a reasonable idea, doesn't it? After all, no one wants mentally ill people running around with guns.

The idea is as full of holes as Swiss cheese.

First of all, someone who hates guns and hates you can turn you in. They get a gun off the street, and get to settle a grudge at the same time. Pretty good deal for them.

Second, who is qualified to determine what someone might do in the future? Other than very obvious situations in which a person has exhibited violent tendencies or perhaps been arrested for a violent crime, I think any mental health professional who is honest would tell you that they can only give your their best guess about whether someone poses a threat to society. If a psychiatrist or a psychologist can't reliably determine this, then why not try a psychic? They're not bashful about claiming that they're always right.

Third, they want to eliminate anyone with a "history" of "mental illness." Let's look at those two elements separately.

First, "history." If someone has a history of any disease, and is healed by God or cured by medicine, do we hold that against them? Regardless of the irrational fears or prejudices of uninformed bigots, people actually do overcome mental illness. But if they have a "history" of mental illness, they can't buy a gun to protect their family. They can buy a car or a knife, both of which can kill. But not a gun.

Wow! How many people do you know who have suffered from depression at some time in their lives? How many who have had an eating disorder? What about anxiety? All of these and many other "mental health disorders" are imminently curable. But under these "Red Flag Laws" all of them have a "history of mental illness" and could have their guns seized. And if the judge is a gun-hater, they could be barred for life from owning a self-defense weapon.

"Wait, Tom. Aren't you going a little overboard? Surely there are safeguards built into these laws to protect people in these kinds of situations."

Well, which laws are we talking about? Some states have such laws. Others are considering them. Laws are not monolithic. Technically, every one of the 50 states could have completely different laws. And there is no way that the federal government will be able to pass a law or laws that would override the states' laws. The government can't even enforce the law against marijuana, a dangerous drug. It has stood by impotently and watched state after state legalize the drug.

When the United States was founded, we were not one country. We were thirteen sovereign nations, each with its own constitution and laws. The Founding Fathers understood this and made provisions for it. As we have grown, more and more of the states' rights have been unconstitutionally usurped by the federal government, with the result that in many ways the states are just political subdivisions of the central government - just like counties are political subdivisions of each state's government. But the one thing that the power-hungry federal government has not been able to do - at least, so far - is to take away the rights of the states to make their own laws.

Remember when some pencil pusher in Washington decided that all states should have a 55 mile per hour maximum speed limit because it had been "proven" it would save lives? The government tried to force this on the states, but many refused to comply. So the government used blackmail. They threatened to withhold federal highway funds from states which didn't change their laws. Money talks, so eventually "Double Nickels" was the law in all 50 states. But when the promised saving of lives turned out to be someone's guess, state's gradually took back their rights. In places with lots of traffic some states kept the speed limit at 55, while others raised it to 60 or 65. In some rural areas with long stretches of highways where you might not see another car for miles, it is as high as 85.

So please don't think that a national "Red Flag Law" will magically appear. Some states will enact laws with reasonable requirements. Other insanely liberal states like California and New York could enact laws that could result in your gun being confiscated if you ever raise your voice in anger. The bottom line is that this whole "Red Flag" idea is a massive slippery slope. Other than the rare situations mentioned above, no mental health professional can - or should attempt to - predict the future.

But you have to look at the other side, as well. How many lives have been saved by armed citizens protecting the families or people they don't know in public places? You don't hear about them often, because the liberal media refuses to report on them. But there are thousands of documented situations where an armed citizen has saved lives.

Think about a gray-headed veteran - perhaps your grandfather. He's poor, so he lives in a run-down, dangerous neighborhood populated by gang-bangers and thugs. He's been through a lot, so he's cranky. He might even be somewhat eccentric. But is that a reason to steal his Constitutional right to self-defense? The Democrats think so. Bill DeBlasio, Mayor of New York and Democrat presidential candidate thinks no one should have a personal weapon. Think of the damage he could do with a tool like a "Red Flag Law."

Finally, it's only on TV that someone calls 911 and the police respond almost instantly. Don't ever forget that the average response time to a life or death call to the police is 11 minutes. That's why so many police chiefs and sheriffs are on record as saying, "Arm yourself and learn how to use your weapon. You're on your own until we can get there." 11 minutes is a long time.

A strung-out punk on drugs could break into your house, kill everyone in it, and casually steal all he wants - in less than 5 minutes.