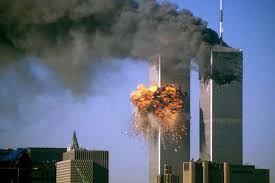 On the 18th anniversary of 9/11, my mind was on Khalid Sheikh Mohammed, the confessed mastermind of the 9/11 massacre of almost 3,000 people. I really didn’t want to think about him. But ehe travesty of justice that surrounds this case forced me to do so.

Contrary to the multitudes of lies told by the liberal media, Mohammed not only readily confessed to coordinating the most horrific attack on America since Pearl Harbor; he bragged about it. James E. Mitchell, PhD, was on the news this morning describing his interrogation of Mohammed. Not only was no torture needed to elicit the confession; he said the terrorist was eager to tell his story. He wanted a quick trial so he could be "martyred" (executed) and receive his rewards from his evil god, Allah.

The United States spent $12 Million building a secure courtroom in Guantanamo Bay so that Mohammed and his co-conspirators could be tried safely while preserving national security secrets. The outcome of the trial was certain because Mohammed had freely confessed on video. 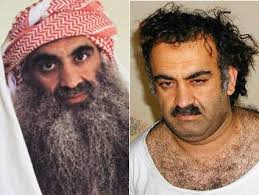 hen along came Obama. Before Mohammed could be tried, Obama and his corrupt Attorney General, Eric Holder, threw out Mohammed's confession. They wanted a major show trial in public view so that Obama could take credit for prosecuting the mastermind of 9/11.

Obama decided to try Mohammed in New York City. This was extremely reckless for several reasons…
After 18 long years during which the families of the victims of 9/11 have waited for justice, a trial date has finally been set – “early 2021.” That’s 20 years of waiting for a trial that could take many more years. Many of the victims’ families have died waiting for justice to be done. Many more will die before this monument to Obama’s colossal ego is finally over.

Why two more years? The trial judge has to go through hundreds of thousands of pages of transcripts of hearings that have taken place over these many years. He also has to rule on thousands of pages of motions brought by the crooked lawyers whose only goal is to drag out the proceedings so that they can collect millions more in fees. (We’re paying for Mohammed’s defense, by the way.)

We have watched the horror of Muslim thugs going down the line and chopping of the heads of Americans for the crime of not being Muslim. They have gotten very good at this. It takes them an average of ten seconds per American head.

The answer to the question about why it has taken us 20 years to bring the butchers of 9/11 can be answered in one word: Obama.