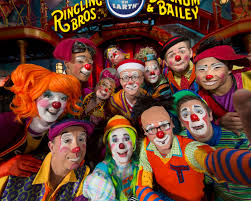 Pelosi is now Speaker in name only. She has lost all control over the House Democrats. The “Squad” of radical freshmen Congresswomen (including Alexandria Ocasio-Cortez, Rashida Tlaib, Ilhan Omar, and Ayanna Pressley); the pitiful clown car of Democratic presidential candidates who can’t seem to get out of their own way; and the craziest Socialists in the House are now firmly in control of the U.S. House of Representatives.

As evil as Pelosi is, she has been the one voice of reason in the House when it comes to impeachment – not because she has any morality, but because she is a political animal. She has long realized that impeachment would be unpopular in the nation, and would be disastrous for Democrats in the 2020 election. Not only would it guarantee the reelection of President Trump; Republicans would win back the House, and would increase their majority in the Senate. I agree with her so strongly that I wrote an article to her begging her to start impeachment proceedings (“Democrats - PLEASE Impeach the President,”) June 24, 2019).

Try as she might, she was only able to hold off the dogs for so long. Faced with the very real prospect that she might be voted out of her position, she caved in and agreed to start an “impeachment inquiry.” She admitted to a reporter that such an action could cause the Democrats to lose the House, but stated that she must “stand on principle.” That is a ridiculous statement because she has stated on dozens of occasions that there is no evidence of impeachment, that it would fail, and that it would hurt Democrats in 2020. 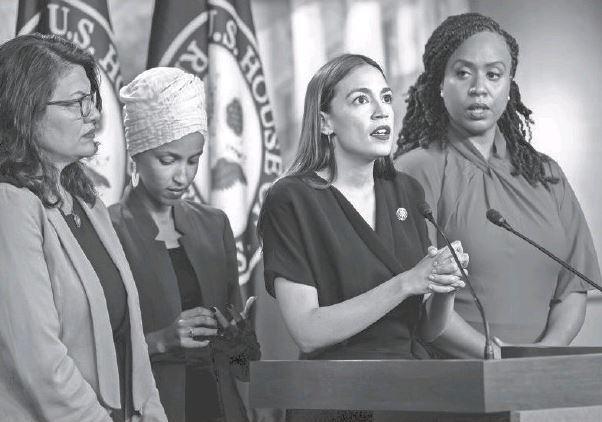 She was especially concerned about Democrat House members in conservative districts that would lose their seats if the House went ahead with impeachment. She should also be concerned about the 20 or so Democrats running for the presidential nomination. They will drop like flies if Trump is impeached. None of them will want to be the one Trump crushes by 48 states to two.

The only principle Pelosi is standing on is Swamp Principle #1: Save your own hide. She has already lost the Speakership once; doing so twice would end her career in politics. At just a few months shy of 80 years old, she knows she will have to retire soon. But she wants to retain whatever shred of dignity she may still have when she does so.

I encourage you to read my article referenced above because it clearly shows how even an impeachment inquiry would guarantee Trump’s reelection. But in case you don’t, I want to quote just a part of it:

“I hope Nancy Pelosi will impeach our President. No, I beg her; I implore her to do so. Far from hurting him in any way, it will guarantee his re-election. The hordes of Democrats running for their nomination will magically disappear. No one will want to the Democrat candidate that loses 48 states to Trump.

“Here's how it would go. Most of the House Dems would vote to impeach. Contrary to what most Americans (and all Democrats) think, impeachment means nothing. It is like being charged by a prosecutor for a crime he knows you didn't commit, and knows he has no possibility of winning - just to make a political statement. Far from staining his reputation, he would bear impeachment by this pack of loons as a badge of honor.

“Then it would go to the Senate for the trial. No Republican will vote to impeach, so that's that. But wait. I believe the President's lawyers will ask the Senate to delay the vote so that he can subpoena witnesses for his trial. That's when the fun will begin.

“For almost three years, after interviewing hundreds of witnesses and spending $40 Million, after the President handed over 1.4 Million documents, Mueller and his merry band of Democrat Trump-hating lawyers haven't been able to lay a glove on the President. Now it will be his turn.”

I go on to explain how Trump would finally be able to question Hillary, Obama, and their cronies under oath and expose all their crimes against the nation, their abuses of power and the intelligence services, and the many ways they put our national security at risk. We will finally discover the truth about Benghazi; the 33,000 emails Hillary destroyed to cover her crimes; how and why Obama used the FBI to spy on Trump during his campaign; and much, much more.

The Constitution requires proof of “treason, bribery, or other high crimes and misdemeanors.” So far the only proof they have offered is that they don’t like him, that Hillary should have won, and that he is sometimes rough and crude.

As of Tuesday, September 24, The New York Times counted only 203 of 535 House members who said they favored impeachment proceedings. On the very slim chance that such proceedings took place, and the radicals were able to pressure enough fellow members to get a positive vote, the president would be impeached – but not convicted. Impeachment is very similar to being indicted by a grand jury. There still has to be a trial.

That’s where the Democrats will have a real problem. Many Democrats will not vote to impeach because they want to be reelected in their Conservative states. But even if every Democrat voted to impeach, and a few RINO’s like the cowardly Mitt Romney joined them, there would be no impeachment. That requires a 2/3 majority of the Senate. It will never happen.

What would happen is what the few Democrats who seem to have any intelligence seem to realize – an acquittal in an impeachment proceeding would strengthen the president greatly.

If there were an impeachment trial, the Senate would sit as the Jury and the Chief Justice of the Supreme Court would preside. But there is no guarantee that there would even be a trial. The Republican majority in the Senate could choose to ignore the partisan impeachment by the House and refuse to conduct the trial.

On the off-chance that the Supreme Court got involved and insisted on a trial, the Senate could begin the trial, and then vote to immediately dismiss the case without any consideration of the evidence if it wished.

I like a good fight. I hope the Democrats are stupid enough to impeach, and that the Senate decides to hold a trial to prove its impartiality. Then we will finally be able to expose all the dirty crimes the Democrats have committed over the years and their cover-ups. This could be more entertaining than the Ringling Brothers Barnum and Bailey Circus – the Greatest Show on Earth.

Pelosi is Ducking her Responsibility Regarding Possible Impeachment

Pelosi Decided on Impeachment before Reading the Complaint