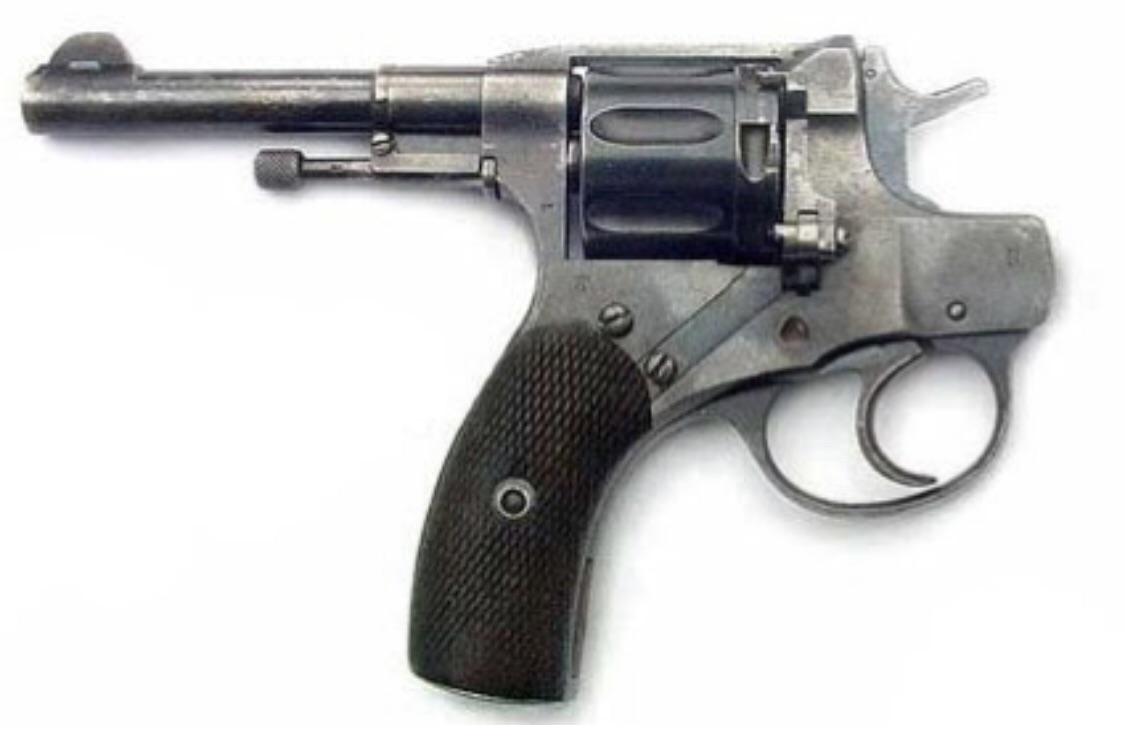 The Democrats accused President Trump of having committed a crime during a conversation with the president of Ukraine. They had no idea what the conversation consisted of, other than some leaked rumors that ultimately proved to be false. They licked their lips and rubbed their hands in glee. “Finally, after three years of threatening to impeach Trump, we have a real crime we can charge him with. Even if we can’t convict him, we can charge him with an impeachable offense. That will ensure that he isn’t re-elected.”

They demanded the transcript of the conversation, figuring that he would refuse since releasing the transcript would set a terrible precedent. No foreign head of state would want to talk to a U.S. president in the future, knowing that crazy radical Democrats would be willing to jeopardize national security by forcing the release of the content of such calls. But, as usual, Trump outfoxed them. He released the transcript, which proved nothing even remotely suspect had transpired.

This incident did, however, bring to light a crime committed by ex-vice-president Joe Biden and his son Hunter. You know the saying, “People who live in glass houses shouldn’t throw stones.” Biden and his Democrat henchmen accused the president of using the power of his office for personal gain, which would have been a crime had it occurred. But it turns out Biden had done just that – ironically in Ukraine. And he bragged about it in a televised interview!

“I had gotten a commitment from Poroshenko [the president of Ukraine] that they would take action against the State Prosecutor and they didn’t.  I said, ‘I’m telling you, you’re not getting the Billion Dollars. I’m leaving here in six hours. If the prosecutor is not fired by then, you’re not getting the money.’ Well, son of a bi*ch, he got fired!” (Here you can hear the audience laughing and clapping.) He didn’t explain why the U.S. had the right to blackmail Ukraine or meddle in their internal affairs. But in his version of the story he comes across as some sort of John Wayne hero standing up for America.

He failed to mention that the prosecutor he forced them to fire was investigating his own son, Hunter Biden. He also failed to mention that Obama had put him in charge of Ukraine’s relationship with the U.S. Putting those two undeniable facts together made Joe Biden guilty of the crimes of misuse of the power of his office, and the even more serious crime of corruption. As one reporter put it in his headline, “Joe Biden used his son to collect his bribes.”

There is no question that Biden, as Obama’s point man for the Ukraine, was very involved – almost to the point of being a sort of colonial governor. Ukraine desperately needed our financial assistance and weaponry after being invaded by Russia. In fact, Foreign Policy Magazine stated, “No one in the U.S. government has wielded more influence over Ukraine than Vice-President Joe Biden.” He was on the phone several times a week and flew there for face-to-face meetings with government officials no less than five times. To say that he knew nothing about his son’s involvement in one of the small nation’s largest businesses, and that he had never discussed it with him, is simply ludicrous. Put another way, Joe Biden is a serial liar.

Here’s how it worked. Hunter Biden’s resume was rather thin. The only remarkable item was that he was kicked out of the U.S. Marine Corps for using cocaine. He had zero experience in business, international affairs, or the energy sector. Yet mysteriously we find him sitting on the Executive Board of a corrupt Ukrainian company named Burisma - the largest natural gas company in Ukraine. His only qualification for the job was that his father, then the second most powerful man in the world, had the power to determine the fate of Ukraine.

In a sworn statement, Viktor Shoken, the Prosecutor General of Ukraine who was fired due to pressure from Joe Biden, said, “We had plans that included interrogations and other crime investigation procedures into all members of the Executive Board, including Hunter Biden.” His office was investigating three different crimes committed by Burisma and its Executive Board when he was abruptly fired.

Biden claimed in his TV interview at the disreputable Council on Foreign Relations (a One-World-Government organization) that the former Prosecutor was corrupt, and that President Poroshenko had appointed a “good man” to replace him. Well, that “good man” is the current Special Prosecutor General of Ukraine, Yuriy Lutsenko. He is reviewing several criminal investigations that were shut down due to outside pressure, including the one against Burisma and Hunter Biden. In a statement about Burisma he confirmed that, “Members of the Board obtained funds as well as another U.S.-based legal entity, Rosemont Seneca Partners LLC, for consulting services.”  Rosemont Seneca Partners LLC is run by Hunter Biden.

At first Biden claimed that he knew nothing about his son’s Ukrainian business deals, and that they had “never” spoken about the subject. That would be very strange if true, since Biden was in charge of every aspect of the Ukraine’s dealings with the U.S. The Hunter/Burisma story was all over the news for months. U.S. news outlets publicly discussed the ethical concerns, and the White House issued a defense of Biden. That’s hardly something Obama would have done without first discussing it with Biden.

Then an interview emerged in which Hunter admitted that he discussed the “job” with his dad. And then a photo came out that shows Joe and Hunter Biden playing golf with the president of the corrupt Ukrainian company. You know what they say about golf. It’s where many business deals are done, because they can’t be spied on or listened to. Following these revelations showing that he lied, Biden has flatly refused to answer any questions about this growing scandal. But of course, in the increasingly unlikely event that he is nominated, he will be forced to answer reporters’ legitimate questions.

But the real proof that this was corruption at its worst is that Ukraine is a small, poor country; so salaries at all levels are far lower than in the U.S. The Liberal news media that protects Biden has underplayed Hunter’s “salary,” usually claiming it was $50,000 per month. A few have said it was $80,000. But U.S. banking records show Hunter Biden’s American-based firm, Rosemont Seneca Partners LLC, received regular transfers into one of its accounts – usually more than $166,000 a month – from Burisma from spring 2014 through fall 2015. Rosemont is just one of the Biden family’s many secret companies used to receive money quietly, without their name being mentioned. (None of them have the name “Biden” in their titles.)

Investigative Journalist James Stafford, whose specialty is the energy industry globally, has delved deeply into Burisma. He reports, “Burisma fails to pass the most basic due diligence check. Its registration documents are almost impossible to run down. It publishes no asset information or financial records, nor does it release any audited financial statements. This complete lack of transparency means that anyone interested – including potential investors – must rely solely on press releases about Burisma’s future plans and intentions.”

I have a suggestion for Mr. Stafford. Hire several large body guards and wear a bullet-proof vest whenever you are in public.

Glen Beck has discovered that the $1.8 Billion loan the U.S. gave Ukraine has mysteriously disappeared. It turns out that they insisted we send the money to the largest bank in Ukraine – PrivatBank. Coincidentally, PrivatBank is owned by the same man who owns Burisma – the man who writes Hunter Biden’s enormous monthly paychecks. He is a Ukrainian oligarch named Mykola Zlochevsky. He has been banned from coming to the United States for years – among other sanctions – for his illegal dealings with the Muslim Imams of Iran.

Final question: Exactly what did Hunter do in Ukraine to earn $166,000 per month? Supposedly he was there to help Burisma figure out how to accomplish its mission – getting the natural gas out of the ground. Unfortunately the only experience he had was that he once lived in a home with natural gas appliances. But he was helpful to Burisma’s president in another way. Shortly after he was hired by Burisma, the sanctions against Mykola Zlochevsky (including a ban on him getting a visa to visit the U.S.) disappeared. This was right about the time that the $1.8 Billion the U.S. deposited in Zlochevsky’s bank disappeared. Surely this was another coincidence.

The irony of this story is that all of this evidence of corruption was known. But it was hidden by Obama and his press department (the Liberal U.S. media). It didn’t matter that it was proven – if the press doesn’t report it, it’s not real.

But when the Democrats accused Trump of putting pressure on the president of Ukraine, they opened up a 50-gallon barrel of worms. They had no evidence of wrong-doing on Trump’s part because they hadn’t even seen the transcript. Once they did, it was clear that there was nothing there. Then the president of Ukraine stated that he felt no pressure, and that he and President Trump had a very congenial conversation.

This was a strategic mistake on their part. Once the Ukraine was back in the news, Trump brought up the Bidens’ crimes detailed in this article. At that point the press had no choice but to report on it.

Or was it a mistake? Although the Democrats running against Biden for the nomination publicly support him, there’s not one of them who wouldn’t stab him in the back and twist the knife. Taken together with the dozens of women – and even young girls - who have reported unwanted inappropriate behavior by Biden, it’s very possible – even likely – that one of them is secretly trying to push Biden out. Sanders has no chance, so my money is on Elizabeth Warren. She lied for years about being a Cherokee Indian to advance her career. I wouldn’t put it past her to do whatever she had to do to destroy Biden.

"Nobody Pushed Me." Ukrainian President Denies Trump Pressured Him to Investigate Biden's Son