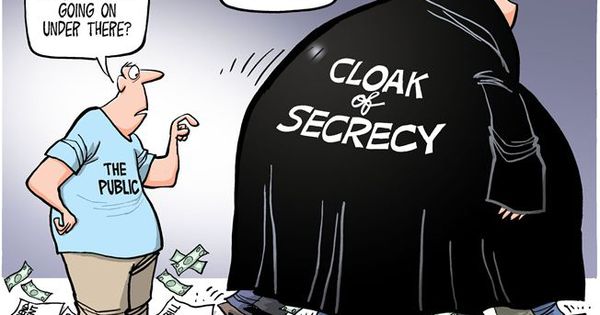 It's very strange. Hearing after hearing in the Democrat-controlled House of Representatives has been secret. Even Republican Congressmen were excluded if they weren't members of the Intelligence Committee. They went so far as to hold them in an electronically secure room in the basement of the House that is only supposed to be used for top-secret briefings.


Then suddenly last week they announced that they were going to open the hearings up to the public - TV cameras and all - this Wednesday. Why? Hmmm...

It's actually quite easy to explain if you understand the judicial process. In a major criminal case, police or prosecutors will often interview dozens of witnesses. If they think a witness will help them convict the defendant, on the witness list they go. If their testimony would help exonerate the defendant, they forget they ever spoke to them. Then they pray the defense attorneys never find out what they have to say.

Although this is not a criminal trial - it's actually a partisan political circus - Intelligence Committee Chairman 'Herr' Adam Schiff has followed the same process. He has interviewed lots of people - no one knows how many since everything has been done in secret. The ones who he knows will say bad things about President Trump will appear front stage in the public hearings. It doesn't matter whether they have any relevant facts to share. He'll be happy if they just badmouth the president.

Anyone who supported the president in the secret hearings will be locked in a dungeon beneath the Capitol building. Or at least they will not be allowed to testify. If the Republicans have a witness who has iron-clad testimony that would be allowed in any court of law in the land - testimony that would conclusively prove Trump's innocence, 'Der Fuhrer' Schiff will not allow him or her to testify.

This is Schiff's circus. He is the ringmaster, and he and only he will decide which animals will be allowed in the ring. He knows all that most Americans will ever know about the fake impeachment will be what they see in his hearings (through the complicit media). He has carefully scripted and choreographed what they will see so that those who don't see through his deceit will never see the other side of the story - the truth.

He knows the Democrats have no chance at winning the White House fairly. So he plans to bloody our President sufficiently so that the 'low-information voters' will vote Democrat. Most Americans will never know what I am about to tell you since the Liberal news media will not utter it: No president has ever been impeached in the run-up to a presidential election.