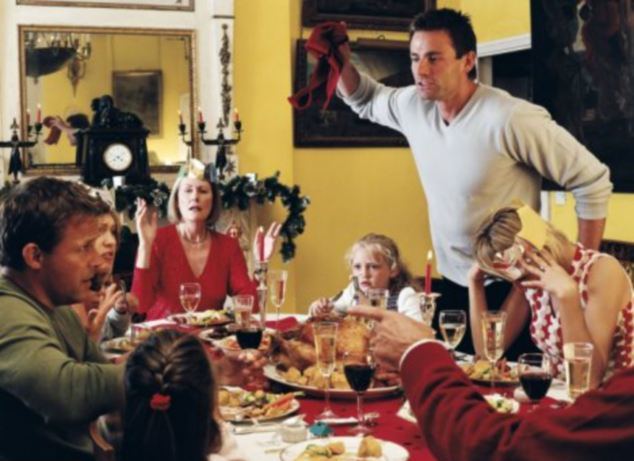 Most people I know are patriotic Americans who care deeply about what is happening in our nation today. Naturally, they tend to talk about the problems and try to find solutions for them. They can do this because in most social situations the people they talk with are like-minded.

Unfortunately, the United States is probably more divided at this time in our history than at any time since the Civil War. We see it daily on the television, in speeches from our political leaders, and even on the streets. Politicians compete to say the most outrageous things possible about their colleagues. They call them liars, corrupt, and even suggest that they should be arrested as criminals. And that’s when they’re in a good mood!

We have seen disagreements over politics in bars and restaurants turn into bloody fights, and a few have even died. Peaceful demonstrations have been met with “counter-demonstrations” that have turned violent. Windows are smashed, cars overturned, fires started, and some who just came to peacefully express their views have ended up in hospitals.

Currently, we are faced with an impeachment process that has the potential to magnify everything I have described many times. The House, which is controlled by Democrats, has the votes to impeach the President. This is the equivalent of accusing or indicting someone, and does not indicate guilt or innocence. That is left for a trial in the Senate to decide. There is no way the President will be found guilty in the Senate, which is controlled by Republicans. Even if a few Republicans voted against the President, there are a number of Democrats who see the damage even the talk of impeachment has caused the nation, and who will probably vote to acquit.

The harsh political divisions, the push to remove a duly-elected President from office, the fights over abortion and special privileges for homosexuals, and the divisions over foreign policy and the role of the United States as the “policeman of the world,” have spawned not just disagreements. We are living in a time in which millions of people literally hate anyone who disagrees with them.

So, what does this have to do with a “peaceful Thanksgiving?” you might say. Aren’t we supposed to have feel-good articles around the holidays? Isn’t this holiday supposed to be about giving thanks to God for all His many blessings, rather than arguing about politics and policy?

Yes, and yes. It is supposed to be about giving thanks for our blessings, part of which are our family members. Unfortunately, that is not the case in many homes.

Far too many American homes host bitter arguments, sarcastic or belittling comments, and even fistfights. How can we avoid these?

Basically, avoiding conflict at Thanksgiving (and Christmas) gatherings is the same as keeping the peace at any other event. It all boils down to rules.

OK. Then who makes the rules? I believe it should be the host. They should send out an email ahead of time saying – in a nice way – “My house, my rules.” Every family is different, so you might want to consult with other family members before deciding what the rules will be.

Here are a few suggestions, not necessarily in order of importance.
Have a blessed Thanksgiving Day.