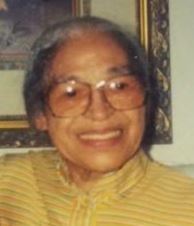 On December 1, 1955 a black woman named Rosa Parks broke the law by refusing to give her seat on a public bus to a white man. The city required Negroes to sit in the back, and if the front filled up, to give up their seats to any white person. She was arrested and jailed for violating the racial segregation laws of Montgomery, Alabama.

Now don’t get me wrong. For years there had been grumbling and dissatisfaction over separate water fountains for whites and “coloreds” (as they were then known); requirements that blacks sit in the back of buses; and refusal to allow blacks to stay in many hotels, eat in most restaurants, and many other demeaning rules and laws. Black children had to attend separate schools, which were almost always greatly inferior to the schools for whites.

The National Association for the Advancement of Colored People (NAACP) was founded in 1909 to try to fight against these injustices, as well as the unprovoked violence (including lynching) occurred in some states. Rosa Parks joined the organization in 1943, so her arrest 12 years later on that bus was not her first attempt to change the caste system she suffered under. No one knows for sure why she chose to act that day. I suppose she just thought, “enough is enough.”

Inspired by her courage and self-sacrifice, the young MLK, a fledgling Baptist preacher organized the Montgomery Bus Boycott which began on Monday, December 5. Then it was game on. King encouraged Blacks to avoid the city buses. Instead they car-pooled or walked for miles and miles to work, church and school. Since Blacks constituted over 70% of the city’s bus riders, it was a devastating financial drain on the city that went on for a year.

Both King and Parks received death threats. Parks was ostracized by many in the Black community as a “trouble-maker.” King’s house was bombed, but no one in his family was injured. 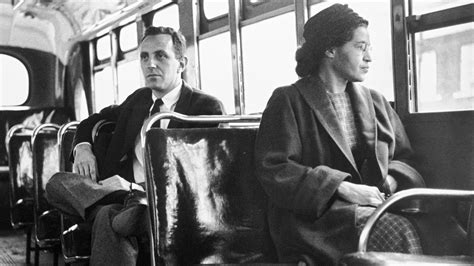 The U.S. Supreme Court struck down both Alabama’s Montgomery’s bus segregation laws on November 13, 1956, ruling that they were in violation of the equal protection clause of the 14th Amendment to Constitution. Following this ruling, Rev. King issued a statement: “The year old protest against city buses is officially called off, and the Negro citizens of Montgomery are urged to return to the buses tomorrow morning on a non-segregated basis.” Rosa Parks was among the first to ride the desegregated buses that she had been so instrumental in achieving.

Rosa Parks passed away on October 24, 2005. Because she had done so much to make our country a better place, Congress passed a resolution to honor her by allowing her body to lie in honor in the U.S. Capitol Rotunda.

Rosa Park’s Life after the Bus was No Easy Ride
https://www.history.com/news/rosa-parks-later-years-aftermath