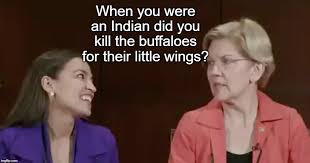 The whole world knows that Trump will not be impeached and removed from office. Well, that’s not quite true. 235 mentally and emotionally disturbed people, the Democrats who are in the majority House in the House of Representatives, are solemnly praying for a “Hail Nancy.” They’re praying for anything that will save them from the embarrassment of persecuting President Trump for three years and coming up empty-handed. The problem is that they’re praying to the wrong god.

Nancy Pelosi, the Speaker of the House, declared openly that she was against impeachment because it would “tear our nation apart.” She and her allies had argued that a number of conditions would need to be met for the launch of an impeachment inquiry. First, there would have to be an easy-to-understand set of facts indicating that Trump had carried out impeachable offenses. Second, there would need to be broad support in the country for impeachment. And third, there would have to be some prospect of gaining at least some Republican support in the Senate, which would ultimately issue a verdict on the President.

She correctly calculated that unless the majority of Americans supported impeachment, there would be massive political casualties for the Democrat Party. Not the least of these, in her mind, was that she would again lose her Speakership – but this time it would not be at the ballot box as it was in 2010 when Republicans swept her out of her position. This time it would be her own members, the majority of whom favor impeachment.

None of the requirements she cited exist. There is no “easy-to-understand set of facts indicating that Trump had carried out impeachable offenses.” To the contrary, there is a long list of mind-numbing accusations and counter-accusations of the “he said, she said” variety. The few points on the Democrat side of the scoreboard are there only because the tyrannical Adam Schiff, Chairman of the House Intelligence Committee, has refused to allow Republicans to call witnesses, and has repeatedly cut them off when they asked the Democrat witnesses uncomfortable questions.

While still in a relatively sane state of mind, Pelosi declared that “…there would need to be broad support in the country for impeachment.” The ones who elected Trump still love him. And the ones who have tried for three years to overturn his election still hate him – in a distinctly pathological manner. Not only is there not “broad support” for impeachment, many Americans don’t even know that there is an impeachment inquiry going on – or don’t care.

On her third point, Pelosi does not have a prayer. The vast majority of Republicans support the president. This is important because if the Democrats are foolish enough to refer the matter to the Senate for an impeachment trial, it would require two-thirds of the Republican-controlled Senate to convict him.

So why did Pelosi change her tune and support an “impeachment inquiry”? First, as mentioned above, if she had failed to do so, the unthinkable might have happened. She could be publicly humiliated by her own members voting her out of her position. So she said in a press conference that she would “prayerfully” proceed with impeachment. What god was she praying to? She had already acknowledged that impeachment would rip the nation apart – so she wasn’t praying to the real God, Jesus Christ, the Prince of Peace. She was obviously praying to the god of this earth, the evil one who loves confusion, division and destruction.

More important, she is scared spitless of a freshman congressman whose only experience is as a bartender from the Bronx. She is so ignorant of the Constitution that she seems to have believed she had been elected president. Upon her election, she said (her exact words – no kidding), “I can’t wait to get to Washington to be inaugurated so I can start signing bills.”

She believed, until she was corrected by her colleagues, that there were three chambers of Congress. And – unbelievably – she announced that since she had to leave her job and didn’t have money until she started drawing her $174,000 salary from Congress, she might have to start a GoFundMe to rent an apartment. She quickly back-tracked on that when reporters found that she had up to $50,000 in the bank, and tweeted that people should give to another GoFundMe for broke renters instead.

Now she is in trouble again, accused of illegally diverting campaign funds to her live-in “partner." So why is Pelosi afraid of her? And why are all the Democrat presidential candidates trying to get her endorsement?

She has become a social media rock star, pure and simple. Long-time Democrats are taking her advice and have backed her “Green New Deal.” She has never described what it would do, or what it would cost, but she was very clear on one thing. If Congress didn’t pass it, the world would end in 12 years. I promise you, I’m not kidding. No one could make this stuff up.

These are her words (see video in LINK below): "We’re, like, the world is going to end in 12 years if we don’t address climate change," and she complains that we’re worried about what it will cost to save it. She then goes on, “This is like our World War 2.” I know. I had to back the tape up twice to see is she really said this. A Congresswoman who missed an entire World War is making decisions that impact all of our lives.

But Pelosi and her merry band of delusional Democrats are proceeding with impeachment hearings because Pelosi is afraid of this buffoon.

So Nancy Pelosi completely changed her decision not to pursue impeachment. Suddenly the fact that it would divide the country more than at any time since the Civil War was unimportant. She had to keep her job.

Here is this week’s schedule. Today Adam Schiff will present his committee with a draft of the report of the result of his committee’s illegal activities. (Impeachment inquiries are supposed to be undertaken by the Judiciary Committee, not Schiff’s Intelligence Committee.) Notice that he will present it to the committee – they had nothing to do with its construction.

Then the Intelligence Committee will have 24 hours to review it and vote on it. (Anyone want to place bets on whether all the obedient Democrat drones in the majority will vote for Herr Schiff’s report?) After they pass it, the matter will be referred to the Judiciary Committee, where it belonged in the first place.

Now another tyrannical Committee Chairman, Jerry Nadler, will take the ball and run with it. Both of these committees, because of their importance, are supposed to be non-partisan. We have already seen how partisan Schiff was, and how he allowed no significant Republican participation. It is even more important for Judiciary to be non-partisan because it takes the lead on matters of great national importance, such as impeachment.

Nadler has already proven how fair he is. The Chairman of the committee, which is supposed to determine whether a crime has occurred, stated before any hearings that there is, “Very substantial evidence that Trump is guilty of high crimes and misdemeanors.” Really, Jerry? Whatever happened to “Innocent until proven guilty,” a premise that has been enshrined in English and U.S. law for over a thousand years?

Let’s see how fair the Nadler hearings will be. He has demanded that the president to appear in front of his committee on Wednesday – when he will be in Europe meeting with our NATO allies on matters of importance to the U.S. and the whole world. This meeting had been scheduled for months. But now, after giving only a few days' notice to the president, Nadler will be able to say, “The president refused to appear before us.”

So Wednesday will be a day when four “Constitutional experts” will drone on and on about what constitutes “High Crimes and Misdemeanors,” which is the Constitutional definition of an impeachable crime. Unfortunately the Framers did not define the definition, so the matter has been debated – with no resolution – for hundreds of years. Nadler refuses to reveal who the four experts will be. Initially they were all going to be Democrats, but after considerable protest, he has announced that there will be one token Republican pontification. Undoubtedly he or she will be a left-leaning RINO (Republican in name only), but at least there is now a semblance of fairness.

Once upon a time, regardless of party, all Americans became Patriots during times when the president was overseas or meeting with international bodies. Regardless of political party, it weakens a president’s bargaining position when partisan hacks attack him when he is overseas. But due to their Trump-Derangement-Syndrome the Democrats have lost all sense of decency. Pelosi announced the “impeachment inquiry” while Trump was representing our nation at the United Nations. Now the Judiciary Committee will very publicly begin deliberation on impeachment while he is in a NATO meeting in Europe.

What is the big rush? They have announced that they want to have an impeachment vote on the floor before Christmas. After Wednesday, there will be only 7 legislative days left in this year. They only meet for less than half the year with all their breaks and holidays. Since Pelosi took over the House, it has ignored its duties and focused almost exclusively on harassing and persecuting the president. Now they plan to spend these 7 last precious days trying to impeach the president before Christmas.

Again, why? This is the oldest dirty political trick in the book. If they can get this done before the holiday, they know that most Americans will focus on Christmas and ignore their treason.

After the New Year, they will be able to say to their constituents, “See, we did our job. We sent articles of impeachment over to the Senate.” As I said at the beginning, there is not a snowball’s chance in Hades that the Senate will vote to convict. But they will claim victory, and most important, get back to the important work of campaigning to get one of their Socialist comrades nominated to run against Trump.

They hope that the impeachment show will gain them points with their base. And they hope that it will damage President Trump. Their hopes will be dashed.

Whichever clown they put up against him will suffer a fate worse than Hillary. Trump beat her in an electoral landslide. I don’t know which sacrificial lamb the Democrats will run against him, but I predict a massacre. Trump has done such a good job with the economy and international relations that I doubt the Democrats will win a handful of states (besides the always dependable Socialist States of California and New York).

There will be metaphorical blood in the streets – and the Democrats will have Pelosi, Schiff, Nadler, and the bartender from the Bronx to thank for their crushing defeat.

With Trump, Politics No Longer Stop’s at the Water’s Edge
https://www.washingtontimes.com/news/2018/jul/17/with-trump-politics-no-longer-stop-at-the-waters-e/

Ocasio-Cortez: World Will End in 12 Years; Will be World War 2
https://www.realclearpolitics.com/video/2019/01/22/ocasio-cortez_the_world_is_going_to_end_in_12_years_if_we_dont_address_climate_change.html

Ocasio-Cortez Claims She’s Broke – but has up to $50,000
https://www.foxnews.com/politics/ocasio-cortez-claims-of-not-being-to-afford-dc-apartment-crumbles-under-scrutiny