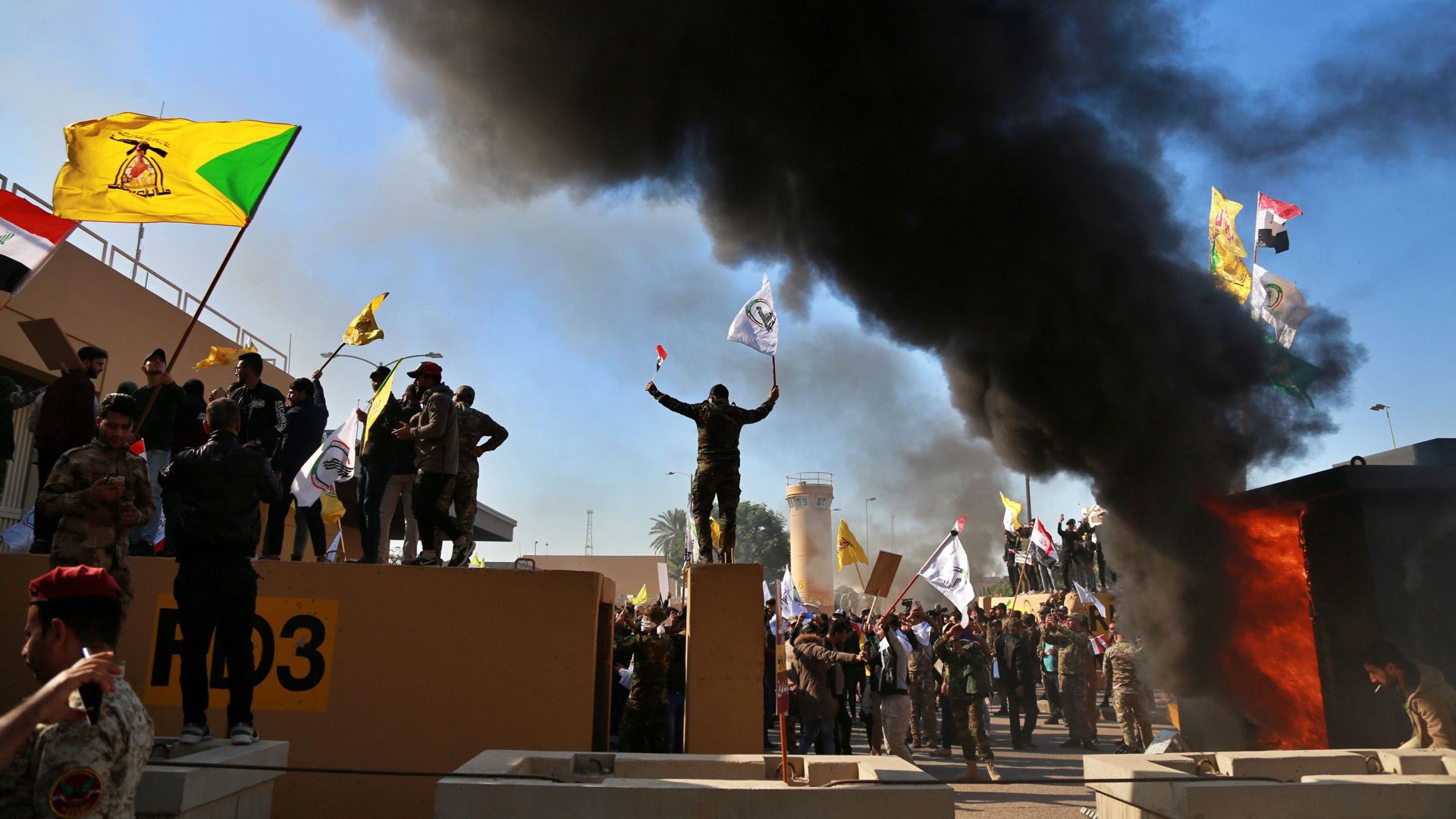 “Sic semper erat, et sic semper erit.” This Latin phrase, usually spoken in resignation, has been used for thousands of years. It translates as, “Thus has it always been, and thus shall it ever be,” often shortened to “It was ever thus.”

In our nation’s two-party system, whatever one side proclaims, the other will oppose. This is true in the rest of the world, as well – but in the United States it has become an art form – even when it goes against the complaining party’s core beliefs. If the Democrats say the moon is green, Republicans will insist it is orange. If the Republican brands a group as terrorists, Democrats will insist they are “freedom fighters.” It was ever thus.

It’s wrong. It’s stupid. And it’s dangerous. Our nation is imperiled when we can’t agree on the most basic principles of right and wrong. The problem is that most of us accept it. We say, “That’s just the way things are. The two sides have to distinguish themselves from one another.” It was ever thus.

Both parties bear guilt in the creation of this ridiculous environment in which they feel compelled to counter whatever policy or belief the other party expresses, regardless of whether or not it is true or correct. But since the election of Donald Trump, the Democrat party has ramped up its rhetoric to the highest level – unreasoning hysteria.

This knee-jerk extreme opposition to the other side is particularly obvious with regard to our president. If Trump bombed Satan himself, the Democrats would find fault. No matter what he does, he is automatically wrong. His actions, according to them, are always motivated by racism, white supemicism, misogony, or some other made-up criminal midset. Trump has been excortiated by the Democrats for killing the world's most successful terrorist leader, Iran's General Soleimani.

No nation, to include Arab nations, has condemned our attack on the evil general, except Iran itself, and Iraq (whose Parliament is now controlled by Iran). The only entity that has joined Iran and Iraq in condemning Trump has been the Democrat Party. The irony is that if it had been revealed that Trump had the opportunity to protect Americans by killing him, and had not done so, the Democrats would have excortiated him for not taking action. It was ever thus.

Osama bin Laden was once the world’s leading terrorist. Ex-president Obama missed numerous opportunities to take him out. In fact, Israeli Primre Minister Netanyahu revealed after Trump struct the terrorist general that he told Obama years ago that Isarel had Soleimani "in our crosshairs," and could take him out. Obama told him not to take action. By the time he finally ordered a hit on bin Laden, almost 10 years after 911, other Islamic scum had taken the lead and bin Laden had become a symbol. His death didn’t slow al Qaeda down in the least. But the leftist media breathlessly detailed Obama’s “direction” of the operation, and called him a hero. They gave scant credit to the real heroes, Seal Team Six. It was ever thus.

By contrast, President Trump’s decisive takedown of a very real, active terrorist leader was met with howls of protest from Democrat leaders and their PR division, the left-wing media. Trump had “assassinated” a respected leader of a sovereign nation. Nancy Pelosi, the wretched Speaker of the House implied that our president had started us down the road to WWIII. "Tonight's airstrike risks provoking further dangerous escalation of violence. America — and the world — cannot afford to have tensions escalate to the point of no return."

Pelosi railed that Trump had not gotten the permission of Congress before ordering the strike on the world’s most dangerous terror leader, who was directly responsible for the deaths of hundreds of Americans, and indirectly responsible for deaths of thousands through the militias he directed. By the way, Obama didn’t get permission from Congress before ordering the strike of bin Laden. It was ever thus.

Even when they agree, the Democrats disagree with Trump. Liberal columnist for the Daily Beast Jonathan Alter made this outrageous statement in an MSNBC interview. "Let's just say maybe it was the right decision to take him out. But you have, in that case, right decision-wrong commander-in-chief," Alter said. Translation: “It was right to take out this murderous terrorist, but because Trump made the decision (and we hate him so much), it was wrong.”

When bin Laden was killed, the left spoke only of his evil deeds, because their anointed messiah, Obama, had ordered his death. In contrast they run fawning obituaries of terrorists that President Trump orders killed. Conservative reporter Joe Concha called it a "very disturbing pattern…Remember when al-Baghdadi was killed just a couple of months ago and the Washington Post ran an obituary that called him an 'austere religious scholar' who loved to play soccer as a child?" (Abu Bakr al-Baghdadi was an ISIS commander known for his extreme brutality.)

Iran’s top general, Qasem Soleimani, ran their worldwide terrorist operations in his position as the heads of its Quds Force. He was responsible for more American deaths, and the deaths of tens of thousands of our allies, than any terrorist since 911. Yet instead of reporting the truth, liberals ran videos of him reading poetry.

Wikipedia lauded him for working hard as a young man to pay off his father’s debts. When he wasn’t working, they write, he worked out at the gym or listened to sermons. In describing his “military career,” they state that he was “the principal military strategist and tactician in Iran's effort to combat Western influence.” Nowhere in their article do they use his principle title: Terrorist. It was ever thus.

By the way, this illustrates why no one should ever use Wikipedia as a primary source, and should always confirm anything they say with more reliable sites. Wikipedia is not an encyclopedia (as its name suggests). It has a decidedly liberal bias.

Pelosi’s counterpart in the Senate is Chuck Schumer. He, and most other Democrat leaders, often attack the Constitution as “outdated,” and “written for a bygone era.” Liberal Supreme Court Justice Ginsberg says that if she were writing a constitution, she would not use the US Constitution as a model. But when it suits their needs, they try to use the Constitution to support their views.

“When the security of the nation is at stake, decisions must not be made in a vacuum," Schumer said after the strike on Soleimani. "The framers of the constitution gave war powers to the legislature and made the executive the commander-in-chief for the precise reason of forcing the two branches of government to consult with one another when it came to matters of war and of peace.”

As usual, Schumer misstates the law with regard to situations like this. President Trump did not start a war against Iran. In fact, he was very clear that his actions were designed to prevent such a war. Every president in modern times, Democrat and Republican, has ordered clandestine “surgical strikes” against our enemies when American safety was at risk. Congressional authorization is not required for such actions.

This brings us to the key point of this column. The Democrats have hijacked the narrative and made this strike all about Soleimani. Since he was the one who died, there is a certain logic to this. But he is not the reason Trump ordered the attack. The attack was in retaliation for Iran killing an American citizen and for their  invasion of the sovereign territory of the United States in Iraq.

Our Embassy there, like the embassies of all nations, is considered U.S. soil. The Iranian militia, directed and funded by Soleimani, attacked and breached the Embassy and attempted to murder U.S. diplomats. That is an act of war in anyone’s book.

Unfortunately, facts don’t seem to matter to today’s hate-obsessed Democrats. Any U.S. president, including Clinton and Obama, would have been compelled by the U.S. public, if not by a desire to protect our nation, to do the same. But since Trump ordered the attack, it was “evil” and “reckless.” We truly live in Bizarro World.

It was ever thus.

Five Years After the Death of Osama, Is the World Safer? Probably Not.
https://www.rand.org/blog/2016/05/five-years-after-the-death-of-osama-bin-laden-is-the.html