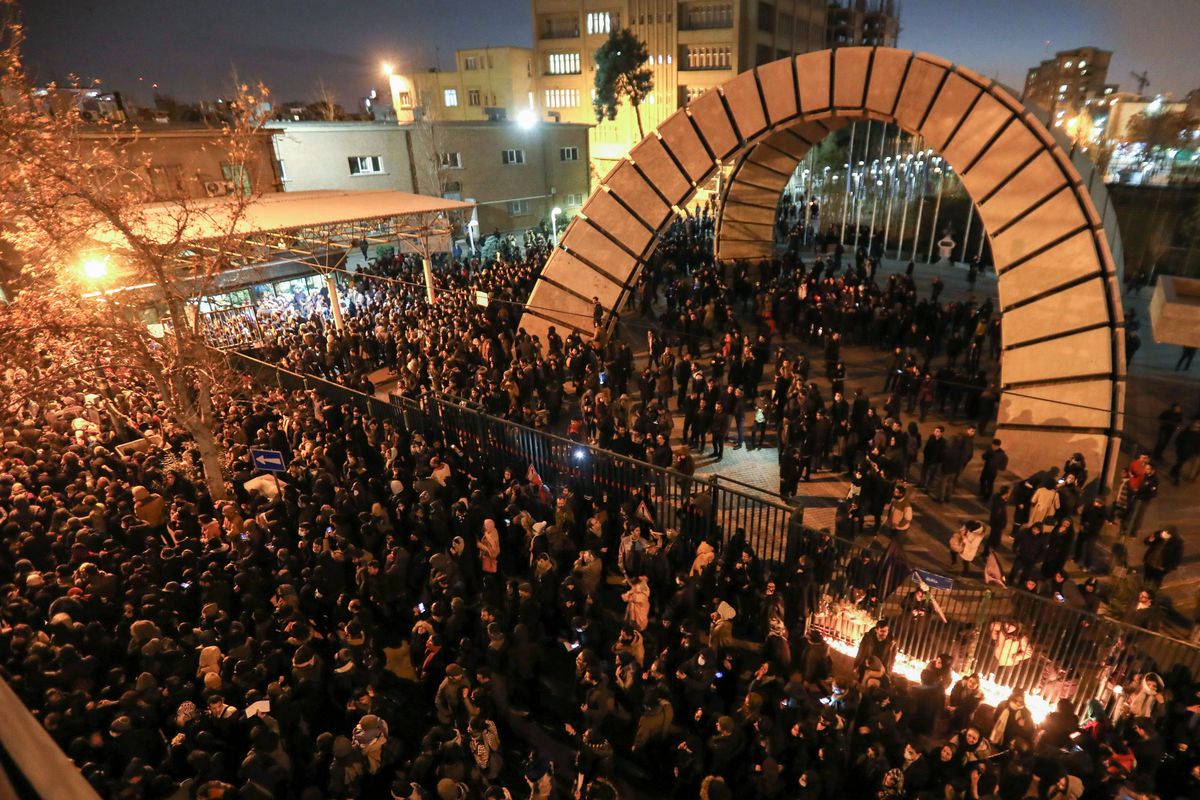 For the last several months there have been protests in the streets of Iran. Some were tens or hundreds of thousands strong. Others may have had a million or more out on the streets. These have been two very different types of demonstrations. But you will only hear about one of them in the New York Times and on the liberal TV networks such as ABC, CBC, CNN, NBC and CNBC.

The first type is what we have seen for decades since the Islamic militants took over. Irate-looking Iranians shaking their fists while shouting “Death to America,” and “Death to the Great Satan.” What you don’t see are the armed plain clothes security agents that make sure the crowds keep chanting as long as the cameras are rolling.

My wife was only 11 when her family escaped Cuba. But she remembers similar demonstrations organized and coerced by Castro. If you were “invited” to participate in these demonstrations, or to stand for hours in the broiling sun as Castro raged on and on, you would find yourself in a political prison, and your family would never see you again.

I’m sure that in both places there were some crazies who really believed the “Supreme Leader” of Iran was some kind of deity, or that Castro was really a brave revolutionary. But there is no question that the vast majority of the people in both of those countries were forced to demonstrate on command or face the wrath of their governments.

These are the only “demonstrations” the far-left media ever show or write articles about. I don’t watch the liberal media a lot (my stomach can only handle so much without erupting), but I do channel-surf when important things are happening around the world. And I follow media watchdog organizations that show that the liberal networks present these as genuine spontaneous demonstrations, when they know the people were forced into the streets, sometimes at gunpoint. Anything that is anti-American is always welcome on the liberal networks. 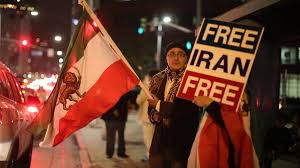 Lately there has been another type of demonstrations. The network cameras are not allowed to film these. The only video of them is smuggled out of Iran. The British Ambassador to Iran was actually arrested for filming one of these demonstrations. What is Iran so afraid of that they would make a huge diplomatic blunder as arresting a foreign Ambassador?

These are the genuine protestors. These are freedom-loving Iranians who risk their lives to make sure that the world knows the truth. The terrorist Iranian general that our military just took out killed 1,500 of the demonstrators, and arrested another 5,000 who have not been seen or heard of since. The nation shut down the Internet so people could not communicate about their missing loved ones.

What are these real demonstrators chanting?

“Soleimani was a murderer!” (He was Iran’s terror mastermind.)

“Death to the dictator!” (This is the Supreme Leader Ali Khamenei, a brutal Islamist Mullah. By law he serves a 4-year term, renewable once. He has held supreme power for three decades, ignoring the law, which qualifies him as a dictator.) 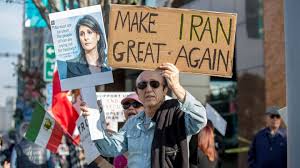 “Constitution! Referendum!” (This is in reference to the fact that the people have absolutely no say in their government, except for occasional sham elections.)

“Death to the Liars!”

“Hardliners, your time is done!”

“Death to the Islamic Republic!”

What started the real protests? There has been simmering hatred toward the corrupt government of Iran for many years. But few were bold enough to publicly express it. The current protests were peaceful demonstrations about huge price increases in fuel and food. In more recent days the protestors were angry over the fact that the government allowed the Ukrainian plane to take off right after the Iranian government had fired rockets at US targets.

The world knew almost immediately that the plane (which carried 176 Iranians, Ukrainians, and Canadians) had been hit by an Iranian missile. But the Iranian government lied for days, saying their “analysis” showed that engine trouble had started a fire on the plane. When the government finally admitted that the “accidental” firing of a Russian-made Iranian missile actually killed all those innocents, the angry crowds erupted.

The truly sad aspect of the present situation is that if Obama had not been a coward, Iran – and the rest of the Middle East and the world – would be much different today. In June of 2009, The “Green Movement,” with the help of the CIA and other US government agencies, was poised to topple the Islamic freaks and establish a democratic government, Obama told our intelligence agencies to stand down and break off all contact with the Green Movement.

Why did this evil man do this evil thing? Obama was concerned with his “legacy” more than anything else. If people died, if freedom was crushed, if the US national security was endangered – that was unimportant to this egomaniac. His other “legacies” – including ObamaCare, which was starting to fall apart – were gone. He decided he would be the president who engineered a peace agreement between the US and Iran – no matter what the cost.

In order to get his agreement, he was willing to sign the death warrants of all the Iranians who wanted freedom. He illegally gave Iran $150 Billion, which they have since used to fund terrorist operations all over the world and to build their nuclear capability.

What did he get in return? A promise from a country that has never kept a promise that they would only use nuclear energy for peaceful purposes, and that they would allow inspectors to see if they were keeping the promises. The inspectors were never allowed to do surprise inspections. They had to apply to Iran, which gave the rogue nation plenty of time to hide the evidence before inspectors arrived. And – if you read the document carefully – Obama actually gave them the ability to create nuclear bombs within 10 years – after he was out of office.

What if we had had a real president with guts who loved America instead of this traitor?

Why Are Iranians Protesting Against Their Government?
https://www.indiatoday.in/fyi/story/iran-protest-violent-clashes-weak-economy-president-rouhani-why-are-iranians-protesting-1120611-2018-01-02