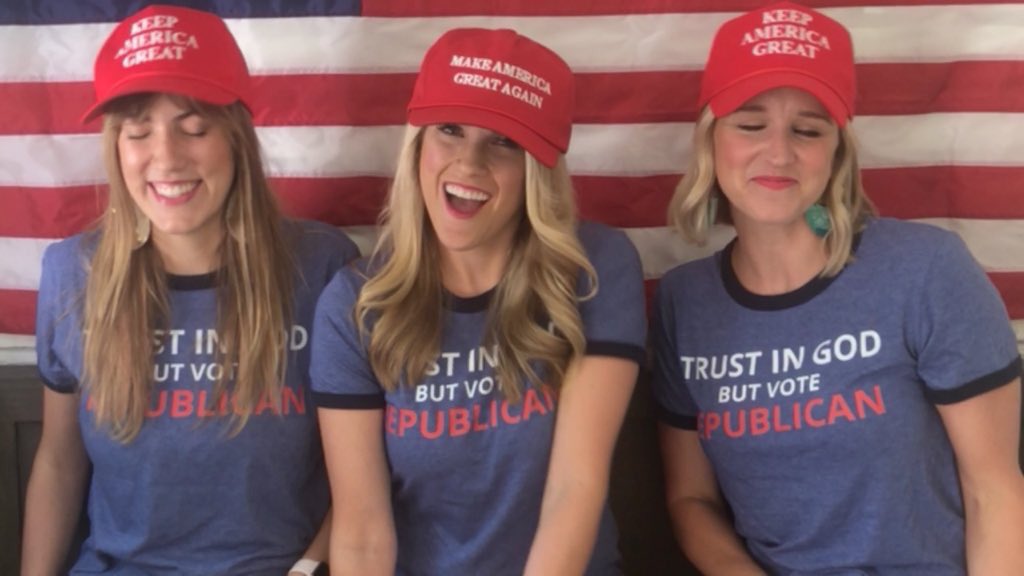 81% of Evangelical voters cast their vote for Donald J. Trump. A slightly smaller number turned out to vote for Republicans in the 2018 mid-terms. But after all the corruption and lies used by the Democrats to endlessly investigate the president, which resulted in a fake impeachment, I project a minimum of 90% of Evangelical voters will sweep Mr. Trump to victory in the 2020 election.

More important, Evangelicals have comprised 26% of all voters in every election since 2012. This was particularly important in the 2018 mid-term election, when they were only 15.3% of the US population.

That’s Lesson #1: Even though our numbers are small, we can continue to be like David in his fight against Goliath. David said, “Size doesn’t matter. I serve a mighty God. You serve a fake God.” In our fight Evangelicals serve the God Who created the universe. Our opposition worships at the altar of secular humanism.

The Billy Graham Center at Wheaton College explored the voting habits and political motivations of three groups of Americans: evangelicals by belief, self-identified evangelicals, and those who are not evangelical by belief or self-identity.

True Evangelicals who hold to four key theological statements developed by the college and the national Association of Evangelicals said politics is important to them. Self-identified Evangelicals had similar views, while people who claim to be Christians but not Evangelicals were the most Liberal politically.

The percentages of those who believed it is important for Christians to be involved in politics were:
87%  True Evangelicals
85%  Self-Described Evangelicals
78%  Non-Evangelicals

So there is Lesson #2: People who self-identify as Christians are far more likely to support the president and Conservative values than atheists and those of other religions. If you actively support the only president in recent memory who has seriously defended Christianity, traditional marriage and the right to life, you should speak to anyone who will listen. But you should concentrate your efforts on Christians, and in particular Evangelicals.

By the way, according to the same poll, 40% of African Americans believe politics is extremely important – more than any other ethnicity. Often Conservatives write them off in election years because they traditionally vote for Liberals. But I have found that when I have an honest personal discussion with them, they are usually very Conservative in their views. They just don’t realize how much their party opposes their deeply held beliefs.

During the Bush-Gore primary season, two men from my church were talking to a black man on their construction crew. One of them asked who he was thinking of voting for. “Well, Mr. Al Gore seems like a fine man.” They asked, “Do you know that Mr. Gore promotes same-sex marriage and abortion on demand?” His reply: “No! I will never vote for that man!” All it took was a five-minute conversation – and the courage to engage in it.

Here is a strange dichotomy: 86% of African Americans with strong Evangelical beliefs voted for Hillary Clinton in 2016, while 77% of white voters with the same strong beliefs voted for President Trump. What went on there?

I believe that black voters have been lied to for so long by the Democrats (and in some cases by their pastors) that they believe the Republicans are out to get them, and the Democrats are the ones who care about them.

If these voters would just study history I’m sure that the views of many would change. Of course, that is difficult, since the public schools that most of them attend use revisionist textbooks that support the Democrat lies.

For instance, ask most African Americans who defeated slavery in the United States. They know it was Abraham Lincoln. But they often don’t know he was a Republican. When it comes to Civil Rights, ask if it was the Republicans or the Democrats who integrated public schools. They will almost certainly answer that it was the Democrats. The fact is that almost every Jim-Crow Democrat voted against school integration. It took Republican President Dwight Eisenhower sending the National Guard to Little Rock, Arkansas, to protect black students so that they could attend formerly all-white schools.

So, Lesson #3: This is a more long-term strategy, but it must be done. Christian Conservatives need to get more involved in the public schools, and particularly in the choice of curricula and textbooks. Most public school textbooks (particularly the history texts) contain so many lies that if you tore out all the pages with lies only the cover and 25% of the pages would be left.

Of course, family history and culture play a large part in the way people vote. Black or White, I hear many people say that they vote Democrat because their fathers and grandfathers voted Democrat. “We’re a Democrat family.”

If they are white, their reasoning is that Democrats support the forced unionization of many workplaces that have destroyed entire industries. If they are black, it is because they have believed the lies about Republicans being against them.

Again, the answer is education. Vote in honest textbooks. Not textbooks that promote our side. Just honest textbooks. Encourage Christians and Conservatives to become schoolteachers. I know that public schools are dangerous places today because of racial tensions and gang violence. But teachers should consider themselves missionaries, and ask for God’s protection as they do their vital work.

One last statistic from the Billy Graham Center poll: 67 percent of evangelicals by belief and 66 percent of self-identified evangelicals agree committed Christians can benefit from a political leader even if that leader’s personal life does not line up with Christian teaching.

It never ceases to amaze me that Liberal Christians constantly criticize our President for his sometimes rude and crude behavior, while condoning out and out sin in their own congregations.

If you attend a mainstream theologically Liberal church, ask yourself these questions: When was the last time you heard your pastor state the Biblical truth that sex before marriage (including “shacking up” with someone you call your “fiancé”) is sin? When did he or she preach what the Bible clearly teaches about the sin of same-sex physical relations (even if they call their relationship a “marriage”)? When was the last time he or she spoke in defense of unborn babies instead of condoning abortion as a form of birth control for people too lazy to use protection?

If your pastor doesn’t teach that these things are sin, you should run, not walk to the nearest Bible-believing church you can find. And never give another dollar to such a “church” that teaches Satan’s lies.

Even more egregious than failing to call sin "sin," and even condoning it, is allowing people to be in positions of leadership. It’s another thing not to chase away couples living in sin, abortionists, or openly homosexual couples. I would never do that. I would make sure that they knew that everyone was welcome in church, but I would also make sure they heard the truth from the Word of God about their sin, just as we teach against theft and adultery.

I would die before I would allow someone living in open sin to teach a Sunday school class, be on the platform, or lead in any other capacity. Doing so is tacit approval of their sins by the pastor.

I am very familiar with a mainline church in our town. I won’t mention the denomination, but you would be shocked if I did. For several years they allowed a convicted sex offender who spent years in prison for seducing young students while he was a schoolteacher to lead the worship in their church. Only after he seduced a number of young teens in the church did the congregation finally force the “pastor” to replace him.

So, finally, Lesson #4. Next November we will elect a president and Commander-in-Chief. We will not elect a Pastor-in-Chief. We have plenty of pastors, but we have precious few political leaders who will stand up for religious liberty as President Trump has done for the last three years.

Can you imagine any of the Democrats running for president standing up for your right of religious expression? Every one of them is just as blood-thirsty to kill more babies as Obama was. All of them support homosexual and lesbian “marriage.” (One of them is actually in one of these perverted relationships.) Are these the righteous role models we would prefer over President Trump?

Trump, like me, is far from perfect. But his heart is in the right place. He is the only president (including Jimmy Carty, Bill Clinton, George Bush, and Barack Obama – all of who claimed to be practicing Christians) who has invited Evangelical leaders to the Oval Office and allowed them to lay hands on him and pray for him. His cabinet has a Bible study in the White House every week, led by Vice President Pence. Do you think Obama would ever have allowed that?

In November we will re-elect President Trump to protect and defend our nation, not to be its spiritual leader. But isn’t it nice to have a president who is not openly antagonistic to our faith as our last president was?

Trump and His Support from Evangelical Voters
https://www.wsj.com/articles/trump-and-the-support-of-evangelical-voters-11579111577

Evangelicals are Passionate about Politics, According to a Billy Graham Center Poll
https://lifewayresearch.com/2018/10/23/evangelicals-are-passionate-about-politics-but-mostly-open-to-opinions-of-others/

Princeton Allows Students to Choose from a List of Six Genders
https://www.foxnews.com/us/princeton-asks-students-to-pick-from-six-genders