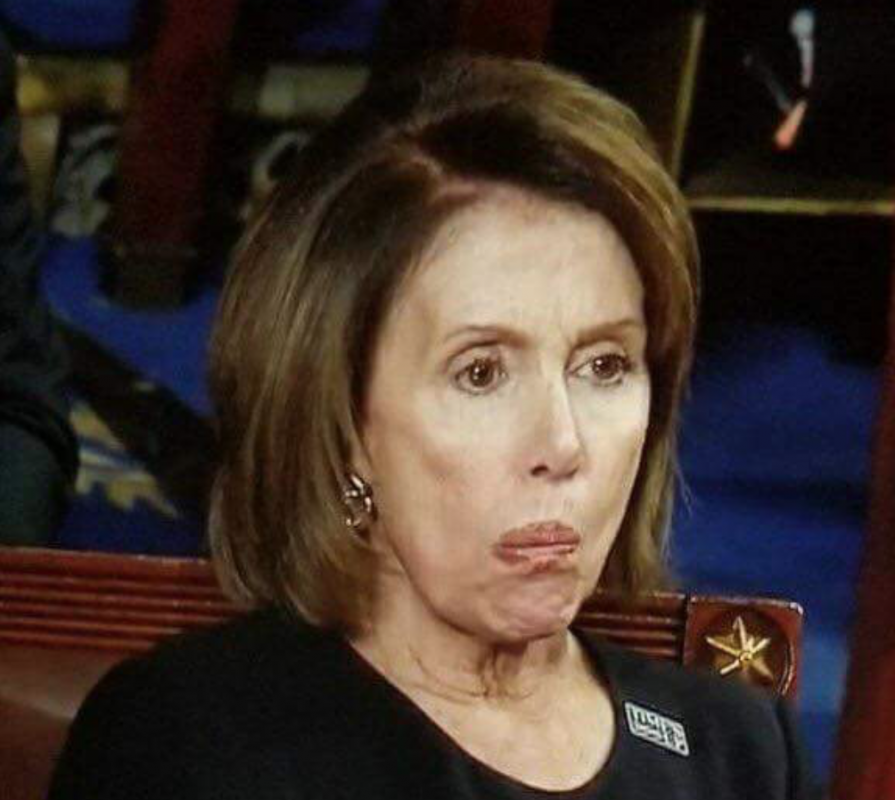 Have you noticed that most people seem to have forgotten about the upcoming election? People that used to talk constantly about politics seem to only care about the epidemic. News media that used to provide wall to wall coverage of Election 2020 now devote most of their energy to the China Virus.

But behind the scenes political forces - both good and evil - are still working hard for their respective agendas. Nancy Pelosi and her henchmen are working overtime to blame Trump for the China Virus. It was bad enough when they informed us that he was responsible for global warming, all hurricanes and earthquakes, global hunger, pollution of our oceans and childhood cancer. That was disheartening. Now we learn that our president, whose first responsibility is to protect us, actually created a deadly virus, sneaked it into a Chinese Bio Warfare Lab, and from there somehow managed to spread it throughout the world, including the US.

Now Pelosi, the face of the Democrat Party has thrust her ugly grimace in front of TV cameras and declared that our president (who has been literally working night and day to combat the China Virus) has deliberately slowed our progress toward a solution. "Trump fiddles while people die!" she cried. She is deliberately creating fear and panic. What she did was akin to yelling "Fire!" in an auditorium. She deserves to be arrested for treason.

She has also announced that she is beginning multiple investigations of Trump's handling of the China Virus epidemic. The irony is that he multiple investigations and the bogus impeachment of our president took place when the Virus was first detected. Did she back off her harassment of the White House so that they and the Congress could do their jobs and work out how to deal with the China Virus? Of course not. Her sick political agenda wasted precious weeks when our government could (and should) have been working for the people.

She has sent all the House members home. Why? Shouldn't they be there working like the White House staff and dozens of government agencies are doing? No. As insane as it sounds, she doesn't want a solution - at least until after the election. She is safe in her multi-million dollar mansion, and she really doesn't care how many people die. Her psychotic rage against Trump and her all-consuming desire to kick him out of the White House are more important to her than the lives of millions of Americans.

Instead of calling the House back to work on the nation's problems, she is instituting investigations by multiple committees. Under current rules (which need to be changed) Congress can only vote on bills when the Members are physically present. But committees can meet by phone and create kinds of mayhem that will keep the administration from battling the China Virus. They will issue reams of subpoenas that will waste valuable time. They will force medical officials (including Task Force Members) to appear before kangaroo court committees when they are most needed at their posts. This is necessary, she says, because she needs to find out "What Trump knew and when he knew it." The woman belongs in a mental institution.

Enough about the forces of evil. The forces of good are also at work. President Trump cannot campaign, but he is doing something else that will ensure his reelection. He has gathered the best and brightest scientific minds, listened to their advice, and has kept America much safer than many other nations. He only sleeps four hours a night, and works far into the morning with his loyal staff to find creative ways to deal with what he calls "the invisible enemy."

Millions of Americans of both parties can see for themselves how well our government is working under the president’s leadership. I believe he will be elected in a landslide, with millions of Democrats voting for him. Except for most seriously brainwashed Democrats, the Party of Pelosi doesn't like what they see when the Wicked Witch of the West deliberately harms the nation for political gain.

This will backfire on Pelosi. I guarantee that when this is over, she will no longer be the Speaker of the House - and America will breathe a sigh of relief. It is terrifying to know that someone as erratic and unhinged as Pelosi is third in line for the presidency.

Meanwhile, at the grassroots level, the forces of good are also hard at work. They are helping their neighbors, donating blood, risking their lives as first responders and medical workers, and generally acting like the patriots they are. But they are also pointing out to their friends and neighbors that President Trump putting out fires, while Pelosi and Company are lighting fires.