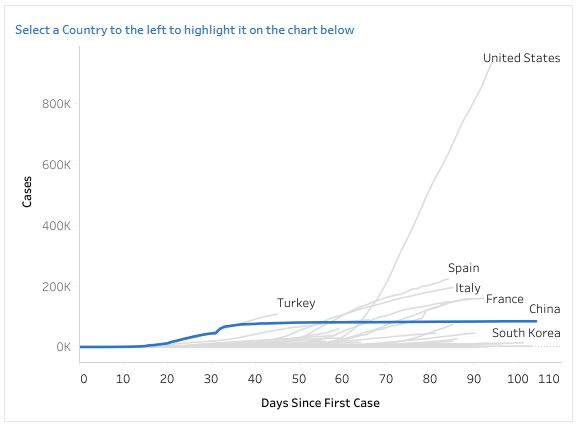 Have you heard the expression, "Lying while telling the truth"? Politicians are quite adept at this, but many others, especially cult leaders, Liberal college professors, and the news media pull it off quite proficiently too.

Lying while telling the truth means that the facts or statistics you give are true on their face. But without context they are meaningless. Cult leaders use selective verses from the Bible and make them mean exactly the opposite of what God spoke because they don't give the context - what was happening at the time, and the verses or chapters before and after their hand-picked verses.

The Democrats are a type of cult. Good, honest Americans - often people who are very conservative in their views - are lied to every day by their Party leaders. Few people become Democrats - most are born into demographic groups that have always voted Democrat, and they just go along because their parents and grandparents always voted Democrat. These groups include blacks, union workers, and people on welfare.

The blacks are the ones I feel most sorry for. They believe the lies - for instance that Democrats freed US slaves and integrated our schools. In both cases it was Republicans and (especially in the case of slavery) Christian Republicans who have always done the most for black people. And if you talk to them privately and ask them their views on abortion, homosexual marriage, and the welfare state, they are usually more conservative in their views than many Republicans. But they are caught in a trap. If they vote their consciences they are called traitors, Uncle Toms, and worse by other blacks.

Union workers or people on welfare just vote their pocketbooks. The Democrats have always taken money (and therefore been controlled by the most corrupt of union bosses. And many families are now in their third and fourth generations of living on welfare. For most, it's not that they can't work. It's simply that they have no need to. The government pays them NOT to work - and the Democrats make sure that their "right" to government handouts at the expense of working Americans is always protected.

For instance, look at the chart above, which I refer to as "The Lying Chart." The media constantly shout that the US has more China Virus cases and deaths than any country. If you're looking only at numbers that is true. But numbers are meaningless without context. In this case, the context should be the percentage of deaths in the population - not the raw numbers.

If this is all you are shown, you would believe that the US has the highest death rate in the world, and that China has one of the lowest. Let's take China first. Is there any world in which China, the nation that released the virus, and which initially had 99% of the cases of infection an 99% of the deaths, has suddenly "flat-lined" in both areas after climbing steadily initially. The chart says that China has had ZERO new cases and ZERO deaths in the last 80 days. That is such a blatant lie that I am surprised that even China, a nation that lies about everything, would publish it.

Common sense would tell you that if, miraculously, they stopped having new cases 80 days ago, after having huge increases every day since January, there would be at least some deaths from the people who were already infected before the "miracle." The truth is that China still has the highest rates of both infections and deaths. Reports from citizens inside China tell us that they have incinerators going 24 hours a day, burning the bodies of those who have died of the China Virus - just like after Tiananmen Square.

Do you remember the peaceful protests for Democracy that brought out hundreds of thousands of Chinese begging for even a little freedom? The Communists murdered tens of thousands of them with machine guns and tanks - and then they incinerated them. They returned 1,000 bodies to their families, claiming that was all who died. But tens of thousands of families state that their children never came home from the Square that terrible day.

Now let's look at our country. The media, which hate Trump (and most of whom despise America) deliberately paint the most horrific picture of the effects of the China Virus on America. They hope that they will blame Trump for the fact that - supposedly - we have the worst death of any country. So they shamelessly lie with selective facts.

Would it surprise you to know that FOURTEEN nations have much higher death rates per capita (number of deaths divided by population) than the US. The percentage of deaths, not the number, is the only accurate way to report this information. For instance, if I were to tell you that The US has had 54,265 China Virus deaths, while Belgium has only had 7,094, you would immediately think, either, “Belgium is handling this better than the US,” or “The US is doing a terrible job managing this pandemic.”

But once you understood that the population of the US is 28.5 times larger than that of Belgium, the fact that Belgium’s death rate per capita is 0.0612%, while that of the US is only .0164%, you would see why Belgium’s death rate is almost four times that of the US. That’s what I mean by "Lying while telling the truth." It is true that the US has more deaths than any of the top 15 nations listed by deaths. But it is also true that when you measure the results accurately, the US death rate is just a fraction of the other fourteen nations, putting it at the very bottom of the list.

I can almost hear Liberals crying, “The must be poor, third-world countries with little or no health care!” Actually, all are first-world nations, or territories of first-world nations. All have superior health care. The just failed to act quickly as President Trump did in closing our borders to prevent disease-carriers from entering our nation. All have now done so. The nations with higher death rates than the United States are:

You will notice that China is not on the list, although its death rate is far higher than any of the top 15. Because they have refused to report any numbers for the last two and a half months, statistical experts have extrapolated their true numbers based on extending the numbers they did report (which were probably also much lower than the truth).

My mom used to tell me, “Don’t believe anything you hear, and only half of what you see.” Since it is so easy to lie using real numbers by twisting their meaning, we would all do well to follow that advice. Ask the Lord to show you who is truly trying to inform you, and who is trying to use this tragedy for political gain by using numbers to mislead you.