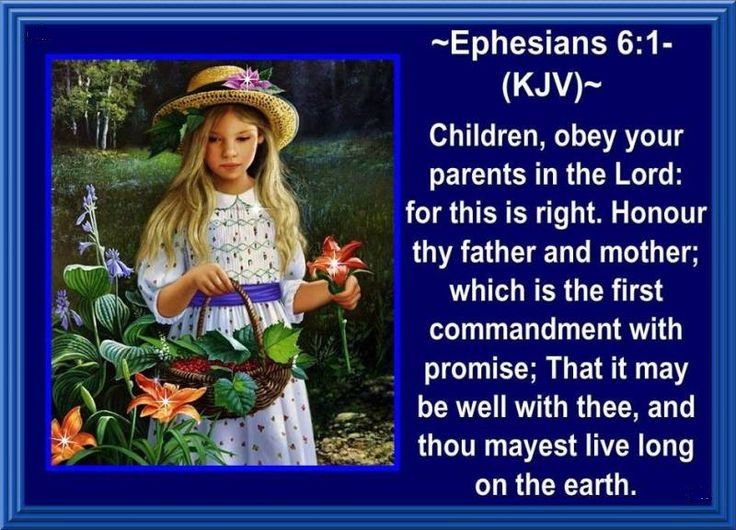 This article is dedicated to the best mother in the world: My wife, and the mother of our daughter, Ana Barrett. She has helped me to be a better man. And she has invested her life in making sure our daughter grew up in the “nurture and admonition of the Lord.”

Children, obey your parents in the Lord, for this is right. “Honor your father and mother” (which is the first commandment with a promise), “that it may go well with you and that you may have a long life on the earth.”
~ Ephesians 6:1-3

When Paul wrote these words, he was speaking to children. But he wasn’t speaking only to little ones. You will be your parents’ child no matter how old you grow. He also commanded them to honor both their parents. Since today is Mother’s Day we will focus on mothers.

Paul was, of course, quoting from the Ten Commandments. There are many other commandments in the Word of God, but these are pre-eminent. As I like to say, God doesn’t give suggestions. When He speaks we had better obey, if we know what’s good for us.

So why does he emphasize that this is the first commandment with a promise attached? It is because the family is the most important organization God ever produced. It is not the Church. It is not the Nation – not even His Chosen People, Israel.

Neither the church nor the nation can function without the basic building block we call the family. For example, he admonishes children to “obey your parents.” If they don’t learn this at home, where will they learn it? Certainly not in the permissive atmosphere of our schools and colleges.

Remember that our educational system and its primarily Liberal teachers gave us “free love” and “If it feels good, do it.” In other words, forget about marriage. If you “love” (lust after) someone, go ahead and have sex with them. If it feels good to get drunk or do drugs, forget about the fact that your body is the temple of the Holy Spirit. Go ahead and defile it.

If children don’t learn obedience at home, they won’t submit to spiritual authority in the church. If they feel they don’t have to obey anyone, they will break laws and end up in jail.

Jesus gave us a wonderful example of honoring His mother when He was on the cross. When Jesus saw his mother there, and the disciple whom he loved standing nearby, he said to her, "Woman, here is your son."
~ John 19:26

These words were spoken when our Lord was suffering the greatest agony the evil Roman Empire had devised to inflict upon a man. He could not breathe without pushing his body up from his feet – which were nailed by a large spike into the cross. He had been beaten with lashes that tore chunks of flesh off his back.

Yet in the midst of this unimaginable suffering he did not forget to honor His mother. There are many ways to show honor, but at this time he honored her by making sure she was taken care of. He didn’t have possessions to leave to her in a will. But he made sure that someone who loved him and owed him much would take care of His mother as long as she lived. So then, what does it mean to “honor” your mother?

We get a clue in Ephesians 6. Obedience is important. But “honor” goes much further than mere obedience - especially if your obedience is grudging or insincere. Remember the little boy who said, “All right I’ll sit down. But I’m standing up on the inside.”

(Obviously you should not obey your mother if she tells you to do something that violates the Word of God, breaks the law, or causes you harm. But you had better be very sure that is truly the case before you disobey her.)

Another way we must honor our mothers is to respect them. In fact, the same Hebrew word (Qal) is translated as “respect” or “honor” in both of the following verses:

Every person must respect his mother and his father."
~ Leviticus 19:3)

"God your Lord you shall respect, Him you shall serve."
~ Deuteronomy

“But my mother doesn’t show me respect.” That doesn’t matter. God doesn’t say, “Respect your mother if she gives you respect.” He simply says, “Respect her.” By obeying the Word, you may see the situation change. But whether it does or not, you must still obey the Word.

Here are some practical things you can do to honor your mother – on Mother’s Day and on every other day of the year. You may find them boring or tedious, but remember – this isn’t about you. It’s about honoring her. A little kindness goes a long way. Give your mother the gift of kindness. Not because you should, but because you genuinely want to honor her. If you have trouble with that at first, use a selfish reason: “That it may go well with you and that you may have a long life on the earth.”