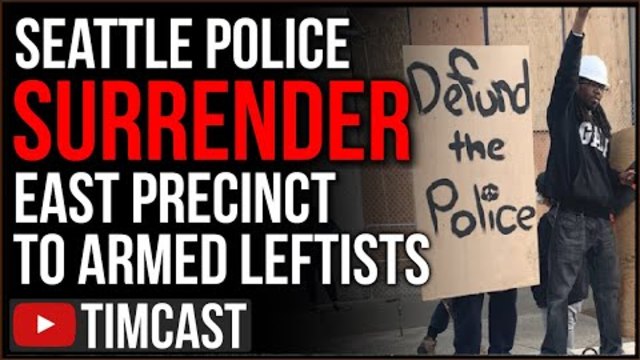 Why are there so many jokes about the French military? “The only army on earth with backup lights on their tanks.” “The Shortest Book Ever: French Military heroes.” Like many such, these have a basis in fact; otherwise they wouldn’t be funny. And, like most stereotypes, there are exception to the generalizations.

Without going into a history lesson, in WWII the French initially declared war on Germany, then put up some initial - but weak – resistance at their border when the Germans invaded. Then they quickly laid down their arms, and the Nazi’s marched unimpeded into Paris. Many French citizens even cheered them as they took the capital of their country – possibly because they thought it would ingratiate them with the invading thugs.

To be sure, the French resistance had many brave heroes who harassed the Germans, hid downed Allied pilots, and passed invaluable intelligence to the Allied nations who were trying to free their nation. But the “leaders” of France were crass cowards. They betrayed the trust of their people and scrambled to obtain jobs in the New Order.

Just like France, I am sure there are some good people in the governments of Seattle and Washington State (although a diligent search has so far failed to identify any of them). The latest heroes of the radical left are Seattle Mayor Jenny Durkan and Washington Governor Jay Inslee.

Let’s start with the hopelessly incompetent Mayor. She is so bad that three members of the all-Democrat City Council have publicly called for her resignation.  She has negotiated with the terrorists who have taken over downtown Seattle. There’s a reason why America doesn’t negotiate with terrorists, foreign or domestic. It is that – like blackmailers – whatever they get is never enough. They will always come back with new threats and new demands.

She has encouraged CHAZ (the Capitol Hill Autonomous Zone) calling them “peaceful protestors.” She has assisted them with food and temporary toilets. (There are laws against aiding and abetting criminals in the commission of their crimes.) When asked by a CNN reporter who long she would allow this travesty to continue, this aging hippie replied with a smirk, “I don’t know.  Maybe we’ll have another “Summer of Love.”

For those who weren’t around for the Summer of Love hippies all over the country squatted on public and private property, and refused to leave – just like the illegal occupation today that the Mayor has been encouraging. San Francisco was the worst – they took over 75 blocks in that city. They typically didn’t burn or loot – they were too stoned. LSD was everywhere. They would fill buckets with Kool-Aid and add acid to them. Nobody knew (or probably cared) about how much acid was in the witches brew. As a result, some hippies committed unthinkable acts while high – things I can’t describe in a Christian publication.

The Summer of Love also focused on what they called “Free Love.” Free Love threw off all the “puritanical” restrictions of Christianity on sex. Monogamy was considered old-fashioned. Sex with strangers was deemed an act of generosity – like offering someone a cold drink when they came to visit. Group sex was rampant.

Is this what Mayor Jenny wants to see happen in her city? She claims that there is “no violence – it’s all peaceful.” Yet her own chief of police, a black woman, tells the press that they aren’t allowed to respond to the 911 calls about rapes, muggings, and violent attacks on the residents trapped in this “no cop zone.”

When questioned by reporter about the violence in CHAZ, she said that it was more like a block party than a protest. Really, Mayor Jenny? I wonder if the women who have been raped, the people who have been beaten, or the cops who were ordered by you to turn tale and abandon the precinct felt they were at a block party.

After all she has done for them, the mob says the Mayor must go. But first she must disband the police and the courts, and all black prisoners must be released and re-tried. But who will try these cases if the courts have been disbanded. One presumes kangaroo courts from the Antifa and Black Lives Matter will oblige. I predict 100% “innocent” verdicts after thirty minute trials.

When a resident has been raped or injured, they have to make their way to the US border to meet first responders. Can you imagine the pain someone who has broken ribs must endure on that long walk, or the shame a raped woman feels as she is forced to walk past the jeering thugs? And what about when they murder someone? It’s just a matter of time until they do. Will they just drag the body to the US Border and dump it for the coroner to take away?

No violence, Mayor Jenny? What about the video this week of the street preacher who went there to share the Gospel? Eight or ten thugs, including women, took turns kicking him after they beat him to the ground. In addition to the physical assault, they choked him numerous times, stole his phone, and a homosexual sexually assaulted him. (I have watched the video, which is beyond disgusting. But he continued to proclaim the Name of Christ throughout the whole ordeal.) No crimes? What about the business owners who have been extorted for “protection.” Protection from whom? From the thugs themselves, of course.

What about the Governor of Washington State? After the mob had been in control of downtown Seattle for two days, a reporter asked him what he thought about the lawlessness and anarchy that the Mayor had encouraged. He said that he hadn’t heard anything about it. Based on this video, the Governor is one of two things. He is an amoral liar. Or he is the stupidest Chief Executive who ever lived.

If he truly didn’t know what was going on in his own state, and event that had been widely covered by the media, he deserves to be impeached for incompetence. He has violated his oath of office by not performing the first duty of government – protecting the citizenry. He should have removed the Mayor of Seattle. He should have rescinded her order to the police to turn over one of their West Precinct to the mob to be occupied and ransacked. And he should have called up the National Guard to protect Seattle citizens.

What Governor allows a mob to steal a portion of a city, declare that when you enter (according to their signs), “You are now leaving the United States,” and refuses to allow police or first responders to help people? I can answer that. Only an extreme Liberal Democrat Governor would allow such lawlessness and anarchy.

The mob stole temporary police barriers and blockaded “their nation.” The Mayor replaced them with permanent concrete barricades at great expense to the taxpayers so that police and first responders could not assist the citizens being held hostage in this twisted utopia. And the Governor allowed it. (Wait a minute. I thought you Democrats were against walls and borders. Yet here you are building them.)

What hostage, you may ask? Within this new demonic “nation” there are residents, including two apartment buildings housing around 500 people, in addition to dozens of businesses. Could they just walk out? I assume so. But then again the anarchists might not allow them to do so. Guards armed with AK47 weapons have been checking ID’s before allowing people to enter the “Autonomous Zone.” (Maybe we should rename it the “Anarchy Zone.”) If they are not in sympathy with the mob, they are not allowed in. They may decide that hostages might come in handy at some point. If they see large numbers of citizens fleeing, they might put a stop to it.

But let’s assume that they do allow honest citizens to leave, even in small numbers. Where would they go? Their homes and businesses are inside the Anarchy Zone. If they leave, they will not be allowed back in unless they are anarchist sympathizers. So their homes and businesses will be ransacked and destroyed as rioters across the nation have done. So many of them just hunker down inside to protect their property as best they can, and pray that the thugs won’t come after them next. That’s being held against their will in anyone’s book.

Now, an undercover source within the Anarchy Zone is reporting that they are planning to take over even larger parts of Seattle. Let’s hope that includes Mayor Jenny’s home. Then she might allow the police to take back the city. The sources continues…

“They bar the media from entering and screen people coming in. They are fully armed. They’re talking about making their own currency and making their own flag. The Seattle Police is being ordered to abandon the West precinct now.” Note: This precinct houses the 911 Center for all emergency calls – police, fire and medical. If they take that over, the entire city will be paralyzed.

Inslee has issued numerous Executive Orders in the past few months, which you can see on his website (www.governor.wa.gov).  These included: He even issued an Executive Order declaring a State of Emergency regarding the China Virus. But not one mention was made of the State of Emergency that exists because of an invasion of a major city by armed domestic terrorists. (If you take issue of my characterization of them as domestic terrorists, remember that the United States has declared Antifa to be domestic terrorists. And Black Lives Matter members are working hand-in-hand with Antifa.)

This amounts to treason. When an invading force takes private, city and state land by force and intimidation, it is an invasion of our sovereign nation. It doesn’t matter whether the invaders are foreigners or a home-grown enemy. They have effectively declared war on the United States by:
Friends, this anarchy is spreading throughout our great nation. Police in many cities have watched the travesty of cowardly government officials who have prevented Seattle police from doing their jobs. These police are learning from the shame of Seattle, and are nipping the crimes in the bud. But with so much hatred against police - which began with Obama - we may not be able to contain it.

We need to pray like we've never prayed before that the Prince of Peace will intervene in this near civil war and bring peace to our land.

The Summer of Love: Sex, Drugs and Rock and Roll
https://www.vanityfair.com/culture/2012/07/lsd-drugs-summer-of-love-sixties

VIDEO: CHAZ Thugs do Everything they Condemn America for
https://patriotpost.us/articles/71439-video-chaz-thugs-do-everything-they-condemn-america-for-2020-06-17