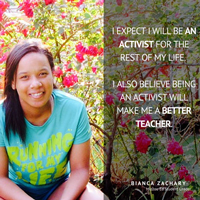 When Liberal politicians issue dire threats that if we don’t pass some massive spending bill, they always claim that “teachers, firefighters, police and healthcare workers will lose their jobs.” That is a lie, since when local governments have to lay off people, it is almost always the manual laborers, trash truck drivers, and others not likely to vote for them. The Democrats, in particular, believe that they own the union workers, so they always claim that these constituents will suffer in any spending cuts.

In fact, “teachers, firefighters, police and healthcare workers” ARE in a distinct, important category. They are our frontline warriors in keeping the nation safe – both physically and economically. The Police, firefighters, and nurses have stepped up and done their duty bravely the last six months. But where are the teachers? They are hiding in their union halls and issuing ridiculous demands. They claim to care about our kids, but they refuse to go back to work until ridiculous political demands are met.

The Los Angeles Teacher’s Union is one of the largest in California, and the “United Teachers Los Angeles” says they won’t return to work unless their demands are met. See if you think any of these demands have anything to do with teaching our children or keeping them safe…

This is the ultimate Liberal Democrat wish list that they have been trying to implement for years. Now the teachers have decided to use a national crisis to force the government to bow to their will - or watch their children suffer.

Let me touch on just a few of these asinine demands. Within a week, most private and charter schools were up and running online, It has taken the public schools months, and they still don’t function as well as the charter and private schools.

Abolishing police is the most idiotic idea for anyone who is supposed to care about children. The cops are the only ones who keep them safe. The Bible says of police officers in Romans 13:4, “For he is God’s servant to you for good. But if you do wrong, you should be afraid; for he does not carry the sword for nothing. He is God’s servant, an avenger who brings punishment on the wrongdoer.”

Roughly half of the states are run by Liberals who have almost totally shut down economic activity in their states. The other half run by Conservatives have implemented sensible safety measures that have allowed most businesses to function. The stupid states – most notably California and New York- are producing little or no tax revenues. That leaves the rest of us to pay their bills. By the way, we have been doing this for years. One of California’s biggest cities, Sacramento went bankrupt because of its foolish tax-and-spend policies. The whole state has been on the verge of bankruptcy for years. The governors of these states (Newsome and Cuomo) claim that all their economic woes stem from the China Virus and that the rest of us should bail them out. But they were in major financial trouble long before China cooked up its witches brew and brought it to the US.

The teachers' threat that they won’t return to work until there is a vaccine is the most ludicrous of all. Who says there will ever be a vaccine? The China Virus is just one of dozens of Coronaviruses. The two best known and Influenza A and Influenza B (commonly known as “the flu”). They have plagued our nation every year for decades, and millions have died from them – yet there is no vaccine. The “flu shot” prevents some people from getting the flu, but far more people have died from it than from the China virus.

Just because some politicians say, “There will be a vaccine by the end of the year,” means nothing. Dr. Anthony, the man in charge of developing the vaccine, has tried for four decades to find a vaccine for AIDS – yet there is no vaccine. There are treatments once some contracts the dread disease – but there is no vaccine to prevent it.

So when the teachers say they won’t return to work until there is a vaccine, they are saying, “You kids may never go back to school. The buildings will decay or be used for other purposes. And we will stay home in our jammies and “teach” online. That is not to say that properly planned and executed online learning is not efficient. But what is happening in most public schools is a pitiful excuse for learning. Many students can’t take advantage of the small value that might be gained.

Half of the students who live in households with less than $30,000 income have no broadband Internet access. Millions of students have no computer or tablet. One school that gave out hundreds of laptops reported that 20% of students never logged on. Those that do often need to be taught how to use the devices before they can even begin to access any classes. And in most cases, parents can teach them.

Then there is the issue of security and privacy. Depending on the software used, schoolteachers can capture private information from student’s devices that use their software – whether or not the student or the school owns the device. But privacy has been an issue for years. Several male teachers have accessed school-issued laptops to remotely turn on their cameras – even when the laptop was turned off. They have been caught watching young girls undress in what they thought was the privacy of their bedrooms. Fortunately, these have been isolated incidents. But in their rush to get students on laptops at home, what is being used to ensure the safety and privacy of the students?

Here’s the kicker. The LA Union is not just making these ridiculous (and impossible) demands for their county. “The United Teachers Los Angeles union insists that these policies must be implemented on both the state and national level before reopening schools.” These idiots actually believe that they can blackmail not just their own county, but the state and the nation into doing their bidding by refusing to work. Obviously, they believe other teachers’ unions will join them.

As if that wasn’t political enough, in their statement they take sides in the upcoming election. Many teachers are good, honest Americans who care about kids and don’t want their union to take positions they don’t support. Many are conservative Christians who don’t support the Teachers’ Union’s support of abortion on demand and special privileges for homosexuals, lesbians, transgenders, and the other litany of sexual perversions. Yet they use the forced membership dues of these honest teachers to issue statements intended to corruptly influence the election: “The Trump administration’s attempt to force people to return to work on a large scale depends on restarting schools so parents have childcare.” They go on to say that our President doesn’t care about safety – only money. This is an obvious attempt to influence the election without its members being allowed to vote on the Union’s positions.

The Union makes totally unproven claims about the safety of reopening schools. “This is a highly contagious, deadly disease and the role of children in the transmission of COVID-19 is currently unknown.” However, according to Lisa M. Krieger, the science writer at The San Jose Mercury News, “kids aren’t the germ bags, and grownups are. As school districts sweat over reopening plans, a growing body of research suggests young children are unlikely to transmit the COVID-19 virus. They get it from us.”

“This is good news for teachers, whose classrooms can feel like big Petri dishes. It’s a relief for parents, weary of juggling work and childcare. Best of all, it’s good for kids, who aren’t learning or playing with friends,” Krieger said.

Science Magazine agrees: “Continued closures risk ‘scarring the life chances of a generation of young people,’ according to an open letter published last month and signed by more than 1,500 members of the United Kingdom’s Royal College of Paediatrics and Child Health,” the magazine reported. “Science looked at reopening strategies from South Africa to Finland to Israel, some encouraging patterns emerged. Together, they suggest a combination of keeping student groups small and requiring masks and some social distancing helps keep schools and communities safe, and that younger children rarely spread the virus to one another or bring it home.”

The UTLA’s “science” and sourcing for its research paper are largely other articles by extreme left Liberal magazines and media such as Vox, The Washington Post, Texas Tribune, Los Angeles Times, CNN, and CBS. They also quote the discredited CDC (Centers for Disease Control) which has been severely criticized by leading scientists for being all over the place, often contradicting its own recommendations. This is not a surprise, since the CDC is a bureaucratic political organization eager to please those who fund it. It has an extremely close relationship with the World Health Organization (WHO) which helped China cover up its culpability in creating the Virus in its Wuhan BioWarfare Lab, and then lying about the fact that that it could be spread from person to person.

Their justification for abolishing the police is, “Police violence is a leading cause of death and trauma for Black people, and is a serious public health and moral issue.” The source cited for this is the American Public Health Association document titled “Addressing Law Enforcement Violence as a Public Health Issue,” November 13, 2018; however, there is no page for this alleged document on the American Public Health Association website. Check it out for yourself. It’s amazing how easy it is to fool people by claiming a lie is backed up on a non-existent report on a real website. Most people will never check.

I have focused on just one of the largest teacher’s unions in the nation. But if you have time, you should look at the national union (the NEA) which spawned these local groups. It’s called the National Education Association, but it is really the National Political Activists' Association. Their focus is not education; it is on “rights” – as defined by them. Check out their “Issues and Actions” pages. When I have pointed this out to many decent schoolteachers who are forced to pay dues to this evil organization, they have been appalled:

The disgusting list goes on. What should shock us all is how little of their “activism” has anything at all to do with education. And of the forced dues, the PA union’s own accounting admits that 34% of dues go to political campaigns – all Democrat, of course. In some states, it is far worse.

What should be done? Teacher’s unions should be banned, just as they are banned from other essential public employees. School re-openings should be based on real science, not political activism or uninformed opinions.

And school vouchers should be made the law of the land. If we have to pay school taxes, the money should “follow the student.” If the private or charter schools get better results (which they almost always do), parents should be able to send their children where they will get the best education. If that means that lousy public schools can’t compete, and poor teachers lose their jobs, so be it.

Where do teachers’ unions' dues go?

One Teacher Caught with 8,000 “Dirty” Photos of Students