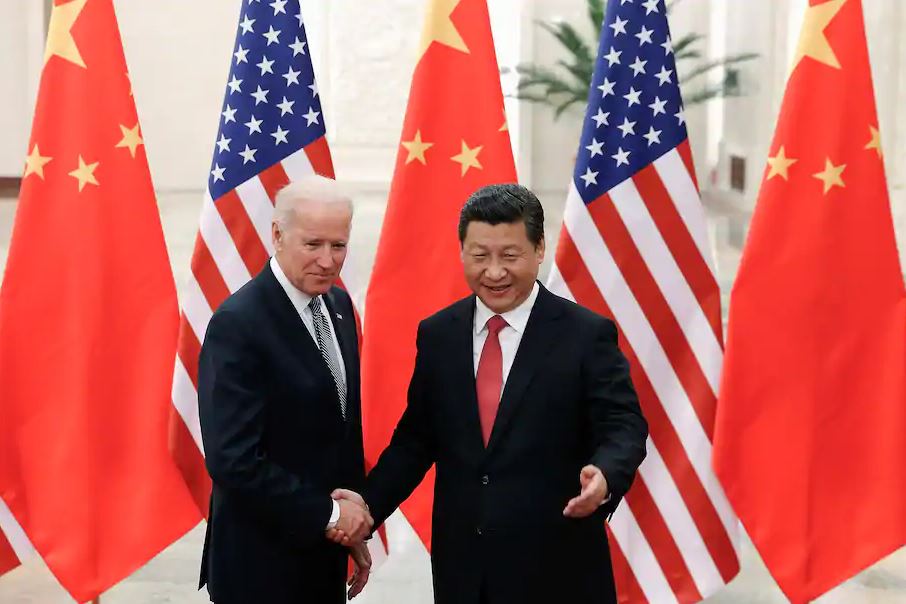 The evidence is mounting – and irrefutable – that Communist China is Joe Biden’s running mate in his bid for the White House. China hates Trump because he has held them to their commitments, and has humiliated them in trade deals. He has placed sanctions on them to stop their theft of U.S. intellectual property, and to prevent them from cheating on foreign trade with their continual currency manipulation. And he has cost them millions by his moves to balance the huge trade imbalance with them.

On the other hand, Joe Biden – through his son, Hunter - has been paid millions of dollars by China in illegal influence-peddling schemes. Hunter and Joe Biden’s acceptance of payoffs in the millions of dollars from Ukraine in exchange for favorable treatment by then-Vice-President Joe Biden has gotten most of the attention. But new evidence has emerged that the China scandal is far larger. China has an interest in making sure their boy is the one they will be dealing with. Equally important, the Communist Chinese are obsessed with saving face. If Trump is re-elected, their illegal dealings with the Biden’s will become public and will be a major embarrassment for them.

Wall Street Journal columnist Gerald Seib published an article on August 3, 2020, titled, “Five China Questions for Candidate Biden. In the two months since then, Biden has continued to dodge these and other important foreign policy questions. The most interviewers can get out of him on US relations with other nations is essentially, “I’ll get back to you on that after the election.”

Given Biden’s ignorance of China’s danger to the U.S. (he continues to foolishly insist that Russia is a greater danger than China, all evidence notwithstanding), how can America trust that he will stand up for our nation in his dealings with China? I encourage you to read Seib’s entire article (see link below), but let’s take a quick look at his five questions for Biden.

5 Questions on China that Biden Refuses to Answer:

Will you stick with the Trump tariffs on China?

Trump’s tariffs (and the threat of further, deeper ones) have been the main leverage the U.S. has had in keeping China in line. They have resulted in concessions by China that the policy wonks had declared to be impossible. But based on his statements, there is no question that Biden will abandon this important tool.

Will you revive the Trans-Pacific Partnership?

The TPP, as it is known, was notoriously unfair to America. Like most international agreements in which Liberals have involved, it tipped the scales toward other nations, and the U.S. ended up on the short end of the stick. In his farewell address to the nation, our first president warned against America getting involved in what he called “foreign entanglements.” But Biden has promised to immediately act to re-entangle us in this inequitable trade deal.

What, if anything, can be done to reverse China’s militarization of the South China Sea?

Obama and Biden stood by and did nothing as China violated international law and built militarized artificial islands in the South China Sea. Now it may be too late to stop the Communist juggernaut. These are not only a threat to international peace; they are a clear and present danger to China’s neighbors, Japan, and South Korea. The military forces on these islands have threatened US aircraft and ships in these international waters. President Trump has been using every available tool to avoid military conflict while refusing to capitulate to China’s insistence that we recognize their “right” to bully and threaten its neighbors. Biden will turn tail and run from this situation.

Can more be done for democracy-seekers in Hong Kong and Muslims in Xinjiang?

Biden (and Democrats in general) has done nothing to support the oppressed people of the world – particularly those oppressed by China. This may be because they don’t care. Or it may be because they are more philosophically aligned with the oppressor than with the oppressed. Don’t forget that the Democrat Progressive Caucus in Congress is a member of the Socialist International. This organization includes as members all the Socialist and Communist Parties of the world – including the Communist Party of China. (See link to “How Red is the Democrat Progressive Caucus” below.)

Should the U.S. insist that China be part of any strategic arms deals negotiated with Russia?

Since China has become a greater military power than Russia and is America’s most serious geopolitical rival, Trump argues that it has to be included with Russia in any strategic agreements. Biden, who says “China is not our foe,” disagrees.

Director of National Intelligence John Ratliffe says that China poses “a greater national security threat” to the United States “than any other nation,” detailing a web of threats that includes “election influence and interference.”

Intelligence officials say they are increasingly concerned about interference in the U.S. election by China. FBI Director Christopher Wray has been warning of Chinese efforts to influence U.S. opinion, and economic espionage, for months. This summer Wray explained that China “certainly” has an interest “in influencing our political thought” and policies and is trying “to shift them in a friendlier, pro-China, pro-Chinese Communist party direction.”

While Russia concentrated on sowing chaos in America during the 2016 election, the difference with China is it is seen to be seeking a Trump loss in November. Yet congressional Democrats like Nancy Pelosi and Adam Schiff, who ever since 2016 have issued dire warnings about Russian meddling, have been silent about China’s interference in the 2020 election.

Last week Pelosi said the threats of interference from Russia and China are “not equivalent,” and urged the intelligence community to put out more information about Russian efforts, continuing her “Russia, Russia, Russia” obsession. She neglects to mention that Russia has interfered in every presidential election for decades while doing the same in every European election.

Director Ratliffe disagrees. He has said the threat from China is extremely significant, and that he is “committing the resources of the Intelligence Community needed to fully understand the threat posed by China and provide U.S. policymakers with the best intelligence to counter China’s broad and deep malign activities.”

“China is concerned that President Trump’s reelection would lead to a continuation of policies that they perceive to be ‘anti-China,’” Ratliffe noted. “Fair and free elections are a bedrock of American democracy, and the Intelligence Community remains vigilant against the various activities by China, as well as other threat countries and actors, which seek to affect our electoral process.”

It is common knowledge that China has spent billions to influence U.S. national opinion in its favor. They badly need us to buy their shoddy goods in order to support their flagging Communist centrally-controlled economy. They couldn’t have a better ally in this than Joe Biden. In fact, he is a great candidate to be the head of the Communist China Chamber of Commerce when he loses the upcoming election.

Zhu, the Nanjing University scholar who advises the Chinese government, said another four years of Trump would be negative for the Communist nation. But Beijing should be prepared to make “serious” offers if the opportunity presented itself with a Biden win. “Beijing should avoid any illusions that a Biden presidency will automatically change everything, but Beijing should be ready and recognize what sort of efforts China could step up and do. A Biden administration should also give us some sort of encouragement to come to the table.”

Bill Evanina, the Director of the National Counterintelligence and Security Center, who is leading the intelligence community in election security. He revealed additional threats last Friday. “Ahead of the 2020 U.S. elections, foreign states will continue to use covert and overt influence measures in their attempts to sway U.S. voters’ preferences and perspectives, shift U.S. policies, increase discord in the United States, and undermine the American people’s confidence in our democratic process.”

He continued, “China’s public rhetoric over the past few months has grown increasingly critical of the current Administration’s COVID-19 response, closure of China’s Houston Consulate, and actions on other issues.” China “has harshly criticized the Trump Administration’s statements and actions on Hong Kong, TikTok, the legal status of the South China Sea, and China’s efforts to dominate the 5G market. Beijing recognizes that all of these efforts might affect the presidential race.”

It is no secret that an entire Division of the Red Chinese Army is devoted to cyber warfare, mainly against the United States. Contrary to Joe Biden’s protestations that China is “a competitor, not a foe,” at the highest levels of the Communist National Party (CNP) and the Red Chinese military, the U.S. is commonly referred to as “The Enemy.”

The report revealed that made on YouTube and Twitter used artificial intelligence-generated profile pictures, which is a common technique in disinformation campaigns.

A video titled “Who is responsible for this national disaster in the United States?” posted on July 12, called Trump a “firm and creative ally” of the coronavirus, according to the report. The tone, according to Graphika, “wavered between scathing criticism of the American government’s handling of the coronavirus outbreak and apparent sympathy for everyday American citizens exposed to the pandemic and the anti-racism protests.”

“We don’t need or want foreign interference, and President Trump will beat Joe Biden fair and square,” Trump campaign communications director Tim Murtaugh said in a statement. "The intelligence community’s assessment that both China and Iran are trying to stop President Trump’s reelection is concerning, but clearly because he has held them accountable after years of coddling by politicians like Joe Biden.”

How Red is the Democrat Progressive Caucus?
https://www.conservativetruth.org/article.php?id=8539