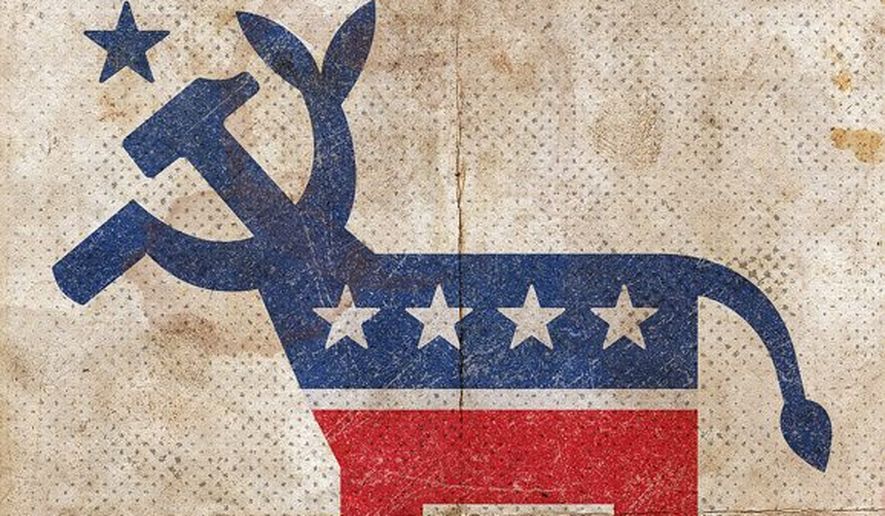 I was going to make a short list of the worst things that would happen to America if the nation is foolish enough to vote these Socialist into office. Then I planned another column that would include what President Trump would (and in most cases has been doing) in each of those areas. As I laid out my outline I realized that was not necessary. President Trump would do the opposite of everything the Socialist (formerly Democrat) Party would do. So let's jump right in. This is what America would get if these two win...

1) The first female president of the United States. The Democrats know Joe can't cut it. They wanted Kamala to be the nominee, but she only got 2% of the vote in the primaries. Biden would never have chosen her as his running mate. He hates her because she called him a liar, a racist and a serial sexual abuser on national TV in the debates. But the shadowy people who have provided him with twice the money Trump has raised told him to tap her for VP. They have told him (or soon will) who he must have in his cabinet. Then, if by some horrible circumstance they are elected, she will call the shots. And after they have let Joe fulfill his life-long ambition of sitting in the Big Chair for a few months they'll tell him he has to retire. If he balks, they will have his hand-picked cabinet remove him for being mentally unfit for office using the 25th Amendment. Kamala will become president, and then appoint her vice president.

2) The first Socialist Administration in the history of the United States. In order to get the support of the much more popular Bernie Sanders, Biden had to sign on to his Socialist manifesto. There  are still some Democrats left in the Democrat Party, but the ones who will be running the show are the Democratic Socialists. The "Squad" - a group of freshman Representatives have gained an inordinate amount of power, and Biden is afraid of them. They include a Socialist bartender with no political experience; a black radical who has shaved her head and is seen frequently raising her clenched fist in the manner of Communists the world over; and two immigrant Islamic Socialists who have no gratitude for the country that took them in, but instead curse and revile it. Along with Sanders and Kamala Harris, this "Squad" of ungrateful adults who act like children have introduced the "Green New Deal." Couched in a message that appears to bring America to a more environmentally conscious state, instead it would ruin our economy if enacted. Take the time to research this so you can understand how Socialism under Harris-Biden would destroy our beloved nation, as it has every nation that has ever been foolish enough to adopt it.

3) Loss of American Sovereignty. Both Biden and Harris are Globalists. Biden has pledged to "carry on the good work of my friend Barrack," who was also a rabid Globalist. The only way American Patriots will ever give up their sovereignty and become the slaves of a global government is if they feel they have no choice. Obama made a good start by doubling the National Debt in his two terms, and keeping his campaign promise to cut our great military in half. Trump kept his campaign promise and built the military back up to its former strength. Unfortunately, our Debt grew even more  to pay for our National Security. A Harris-Biden administration will resume Obama's criminal exportation of American jobs - another disastrous policy that Trump has worked hard to correct. If they can weaken our economy enough by shutting down our economy again, and keeping Americans under house arrest so they cannot work, they just may succeed in forcing the U.S. into an international government that will result in the loss of our Constitution and our identity as a nation. As a Senator, Biden pushed hard for the first step in this process, the disastrous NAFTA treaty. Trump cancelled it. You can be sure Kamala (and Joe, if he's not already in a rest home) will reinstate it.

4) Loss of American freedom and liberty. Our Founders fought and died to give us those most precious of gifts. Our brave military men and women through the centuries have fought to maintain them. Kamala and Joe can't wait to cancel our freedom and liberty, just like they and their Socialist party have worked hard to cancel our history, our national anthem, our flag, and our sense of pride in our great nation. They are not Patriots. They don't love our country. In fact they hate it, because it stands for everything they and their Marxist, Socialist and Communist fellow travelers stand against. Sure, they finish their speeches with "God bless America, but they really agree with Obama's "pastor" who screamed, "God DAMN America" when Islamic Terrorists attacked our nation on 911.

If Trump is re-elected they will whip up more riots, arson and murder in "peaceful protests" all across the country. They will claim he "stole" the election, even though Democrats have always been the part of election fraud, faked ballots and dead voters. That will be painful.

But it won't be as painful as watching our country be torn apart by the civil war they ave tried to foment since the first of this year. And it won't be nearly as horrendous as someday hearing our children and grandchildren ask, "Tell us the story again about how America used to be free and happy."