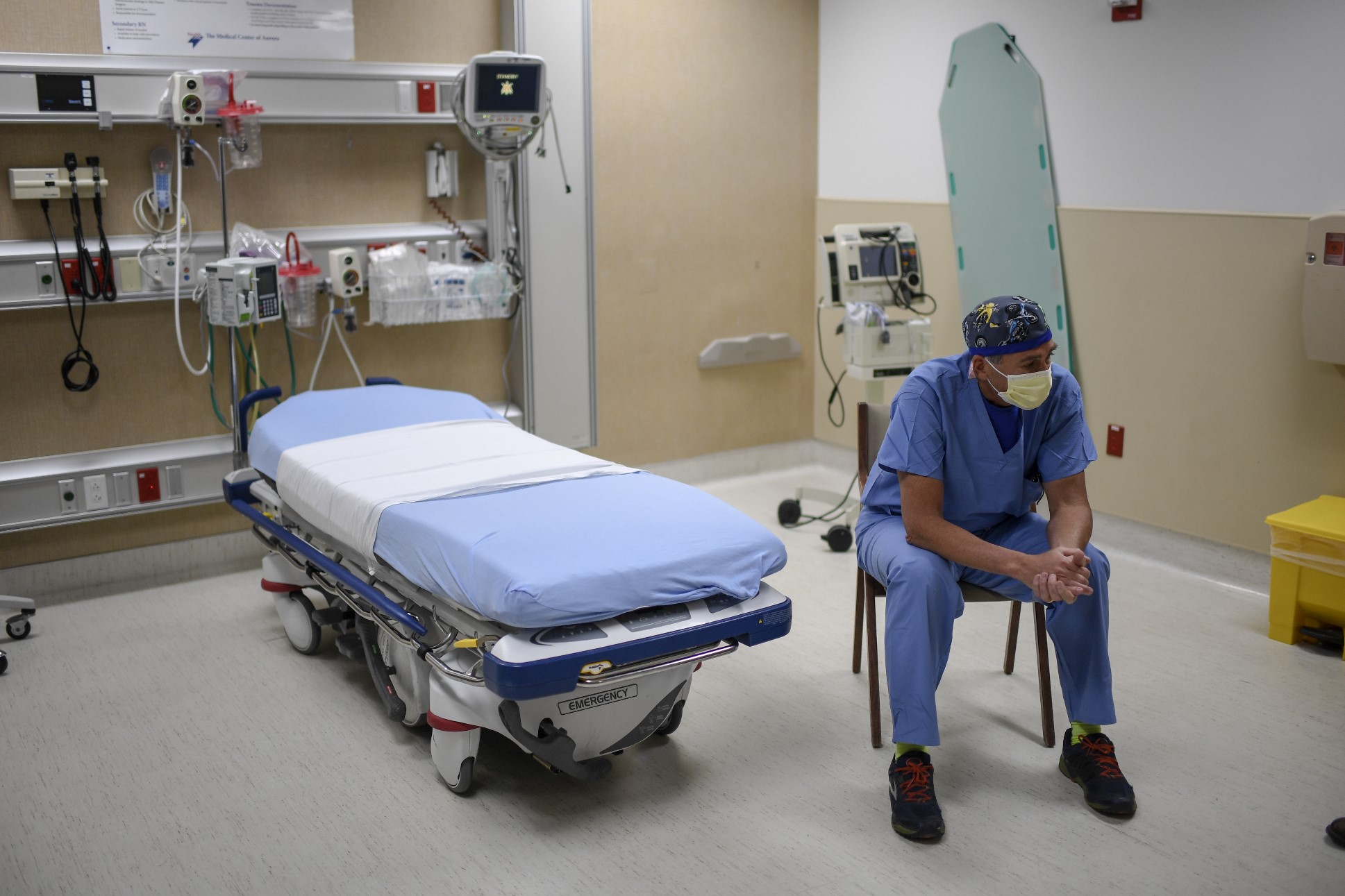 The U.S. Government, closely followed by most State Governments, has put our economy in what I call a “Medically Induced Coma.” Now many County and City Governments are prolonging the agony unnecessarily, and even non-governmental entities such as housing developments and stores like Costco are assuming dictatorial powers that are not helping, but rather making the situation worse.

What is a “Medically Induced Coma”? It is a deep state of unconsciousness induced by drugs. Although it is a popular theme on TV shows because it is dramatic, it is actually very rarely used. The last-ditch procedure is typically used with patients who are at high risk of brain injury, which might be caused by from physical trauma, a drug overdose, a disease such as meningitis, rabies, or continuous seizures. The artificial coma gives the brain time to rest and heal while the physicians try to figure out how to save the patient.

Dr. Scott Atlas, a Stanford University Epidemiologist and Senior Fellow at the Hoover Institution (along with thousands of his colleagues nationwide) believes the lockdown is killing as many people as the virus itself because many people with serious conditions unrelated to the virus have been afraid to go to their doctors, or because their doctors refuse to see them.

Many doctors will only do telephone or Skype visits with their patients. This may be fine in certain situations for relatively healthy people. But when I trained to be a Paramedic-Firefighter, one basic fact was drilled into us: our in-person observations gave us more valuable information about the patient’s condition than the fancy medical equipment we carried. Doctors are trained the same way.

Dr. Atlas goes on to say, "The policy itself is killing people. I mean, I think everyone's heard about 650,000 people on cancer, chemo, half of whom didn't come in. Two-thirds of cancer screenings didn't come in. 40 percent of stroke patients urgently needing care didn't come in," Atlas said. "And now we have over half the people, children in the United States not getting vaccinations. This is really what Dr. Fauci said was irreparable harm."

"And I and my colleagues from other institutions have calculated the cost of the lockdown in terms of lives lost," Atlas said. "Every month is about equal to the entire cost of lives lost during the COVID infection itself. This is a tragic, misguided public policy to extend this lockdown, whether or not it was justifiable in the beginning."

Regarding his reference to Dr. Fauci, whom the press likes to call “America’s Doctor,” yes - he actually said that. The exact quote, in a May 23, 2020 interview with CNN was, “We can't stay locked down for such a considerable period of time that you might do irreparable damage and have unintended consequences, including consequences for health.”

Fauci, the director of the National Institute of Allergy and Infectious Diseases, said the measures were necessary early on to curb the explosive spread of the coronavirus. But he supported states taking cautious steps to restore normality and lift stay-at-home orders.

His remarks were in line with those of Treasury Secretary Steve Mnuchin, who said in a Senate hearing last Tuesday (May 19, 2020), that there is a "risk of permanent damage" if states delayed reopening their economies.

More than 600 leading US Physicians have sent a letter to President Trump on Wed., May 20, 2020, calling the state shutdowns a “mass casualty incident” with “exponentially growing negative health consequences” to millions of non-infected patients.

“The downstream health effects...are being massively under-estimated and under-reported. This is an order of magnitude error," according to the letter initiated by Simone Gold, M.D., an emergency medicine specialist in Los Angeles.

“Suicide hotline phone calls have increased 600%,” the letter said. Other silent casualties:  “150,000 Americans per month who would have had new cancer detected through routine screening.” China Virus patients receive priority care (some hospitals have discharged seriously ill patients to make room for Virus patients) at the expense of people suffering from other serious diseases that have far higher death rates than the China Virus – including cardiovascular events.

The doctors told Trump about the huge number of missed cancer diagnoses, untreated strokes and heart attacks, in addition to the mounting epidemic of suicides. “We are alarmed at what appears to be a lack of consideration for the future health of our patients.”

Because of the Virus Phobia generated by politicians for a variety of non-medical (political) reasons, patients are afraid to see their doctors or go to the Emergency Room. They are dying because of unwarranted fear of contracting the Virus.

According to the letter, one patient died at home of a heart attack rather than go to an emergency room. The number of severe heart attacks being treated in U.S hospitals surveyed dropped by nearly 40% since March. Obviously the number of heart attacks has not diminished by 40%. Cardiologists are worried “a second wave of deaths” indirectly caused by the virus is likely.

The physicians’ letter focuses on the impact on Americans’ physical and mental health.  “The millions of casualties of a continued shutdown will be hiding in plain sight, but they will be called alcoholism, homelessness, suicide, heart attack, stroke, or kidney failure. In youth it will be called financial instability, unemployment, despair, drug addiction, unplanned pregnancies, poverty, and abuse.

“It is impossible to overstate the short, medium, and long-term harm to people’s health with a continued shutdown,” the letter says. “Losing a job is one of life’s most stressful events, and the effect on a person’s health is not lessened because it also has happened to 40 million other people.  Keeping schools and universities closed is incalculably detrimental for children, teenagers, and young adults for decades to come.”

Dr. Marilyn Singleton, a California physician, says, “Ending the lockdowns are not about Wall Street or disregard for people’s lives; it about saving lives,” said “We cannot let this disease change the U.S. from a free, energetic society to a society of broken souls dependent on government handouts.”

Dr. Jane Orient, executive director of the Association of American Physicians and Surgeons, also warns that restrictions are having a huge negative impact on non-COVID patients. “Even patients who do get admitted to hospital, say for a heart problem, are prisoners. No one can be with them. Visitation at a rare single-story hospital was through closed outside window, talking via telephone.

“To get permission to go to the window you have to make an appointment put on a mask, get your temperature taken, and get a visitor's badge of the proper color of the day.” All of this to look at your loved one through a closed window. How many cases of the China Virus are prevented by these practices? “Zero,” Dr. Orient says.  But the “loss of patient morale and the loss of oversight of care…are incalculable.”

Every hospital in the country canceled all “elective procedures” to make room for an expected flood of Virus patients. Those beds stayed empty, harming millions of patients whose “elective” treatments included life-saving cardiac catheterizations, placement of pacemakers, cancer infusion therapies, and chemo and radiation treatments – to name a few.

Finally, the numbers of deaths that can be attributed to the unconstitutional shutdown of America’s economic machine are impossible to calculate. Unemployed people with no food, millions more homeless, suicides caused by economic despair – the list goes on. If the nation's Democrat governors don’t act quickly to release America from house arrest, the country will be bankrupt.

Obama increased the National Debt by 100% in eight years; that’s over $1 Trillion yearly in new debt. He added $10 Trillion to an already-horrendous National Debt of $10 Trillion. Put another way, he created more debt than all 44 presidents who preceded him had created in 232 years.

We all hoped and prayed that we would never again see the damage to our economy and our military that Obama inflicted. But now, due to the China Virus and the inept response of the state’s governors, we are on track to add $12 Trillion more to the Debt. That’s a 50% increase in just one year. No nation can survive that without a Crash. The recent 38.4% Crash in the stock market is going to look benign if we don’t force Congress to recognize the insanity of printing more and more money without the assets to back it.

Dr. Anthony Fauci Warns of 'Irreparable Damage' If Lockdowns are Kept in Place for Too Long
https://www.businessinsider.com/anthony-fauci-irreparable-damage-stay-at-home-too-long-2020-5

The Operation was Successful, but the Patient Died
https://www.conservativetruth.org/article.php?id=8109