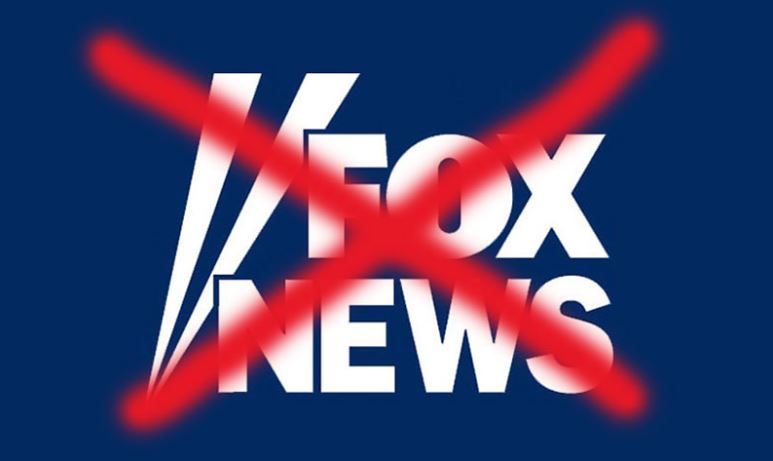 I was dismayed, but not especially surprised, when FOX News was the second network to declare that Joe OBiden was the President-Elect of the United States of America. As I stated emphatically in my article last week (Joe Biden is NOT the President-Elect) there is only one way he can attain that status before the Electoral College votes. That would be if President Trump conceded. If he did so it wouldn’t matter if OBiden had 270 Electoral votes or 27. He would be the only one running, and he could legitimately claim the title.

Before I go any further, I would like to issue a warning to FOX News. Every time one of your anchors uses the phrase “President-Elect Biden,” you lose 10,000 viewers. Every time one of your talking heads solemnly declares that the President’s declarations of voter fraud have no basis, you lose 100,000. Soon you will be as pitiful as MSNBC, the network you love to make fun of because you have twice the number of viewers. If you keep going the way you are now, MSNBC and CNN will soon be eating your lunch.

I knew something had changed when the election coverage started. Your background graphic was “Democracy 2020.” Any schoolchild who is allowed to study the Constitution knows that the United States is not a democracy. We are a Republic. I am not surprised when a Democrat, Liberal, Progressive, Socialist or Communist (but I repeat myself) refers to the U.S. as a democracy. They want mob rule, because they want our nation to fail so they can force us into a one world governmental system.

But when the only supposedly “fair and balanced” network starts spouting Socialist claptrap, I am worse than dismayed. I am angry.

Many years ago my beautiful bride saved me from having a heart attack or a stroke (or perhaps she saved our TV from being smashed) when she discovered FOX News. I was so upset with the constant egregious lies being parroted by the blow-dried talking heads on CNN (Communist News Network), NBC (Nothing But Clinton). ABC (All BS Corporation) and the like that my life (or the TV) was in danger.

FOX was like a breath of fresh air. “Fair, Balanced, and Unafraid.” Amazing. A network a Patriot could watch without having 911 (or the TV repairman) on quick dial. Sure, they had Liberals on their network – said they were balanced. But that wasn’t why people tuned into FOX. Conservatives, Christians and Republicans depended on FOX to have at least some balance in their reporting.

Then they realized that their listeners liked the “Fair,” but could care less about the “Balanced.” Why should “our” network give equal time to liars and traitors when “they” had all those other outlets? If they wanted to be lied to and brainwashed, they had their choice of cable news and major media networks, the New York Times and most other newspapers, and 96% of the college and university professors who were more than happy to support their delusions. All we had was FOX and talk radio. (For whatever reason, the Liberals have failed miserable at radio.)

So FOX started to be what their viewers wanted – the only Conservative cable news network. They changed their format. The very popular shows “The Five” and “Outnumbered” each had one Liberal liar for every four Conservatives who had brains and who cared about our nation. Other “panels” has different numbers, but never more than one Liberal.

FOX saw their ratings increase until they were the number one cable news network – something they bragged about constantly. They saw what their viewers wanted, and they gave it to them. Remember “Hannity and Colmes?” Alan Colmes was a disgusting troll who spewed out the latest Democrat talking points until the listeners were nauseated. Finally, after huge numbers of complaints, Colmes just disappeared. The last show was aired on January 9, 2009. Three days later a new show (titled simply “Hannity”) debuted. I never watched “Hannity and Colmes” except once after I had knee surgery and someone took the remote to another room. But Hannity solo has been a gist to America. Between his TV show and his radio program, Hannity has ten times the viewers as “Hannity and Colmes” once had. Think about that, FOX, before you totally commit suicide by stupidity.

And what about Chris Wallace, who does a prominent Sunday program on FOX? His father Mike, a true American, would be ashamed of him. He’s a closet Liberal wearing a “sort of Conservative” mask. He thinks he’s the “truth police,” and he frequently tells experts they’re wrong on subjects he knows nothing about. He hates the President, and doesn’t bother to hide it. So why did FOX trot him out to “moderate” the Trump-OBiden debate? Although OBiden was the first one to break the rules and interrupt the President, Wallace kept yelling at Mr. Trump. For a time, the debate was between Wallace and Trump. I watch all the debates, Republican and Democrat, because that is part of my job as a political writer. Of all the many dozens of debates I have seen this was the worst-moderated. The next day I was interviewed on two live national radio programs. When they asked what I thought about the debate, all I could say was, “That’s 90 minutes of my life I will never get back.

I receive hundreds of emails calling on Conservatives to “Boycott FOX” and asking me to support the effort. Being a free enterprise kind of guy, I’m not big on boycotts. But the effort begs the question: Why are millions of Patriotic Americans so angry at FOX?

Conservatives of all stripes supported FOX. We promoted them. We recommended them to our networks. I can’t count the times when I have endorsed FOX to my hundreds of thousands of readers and those who loyally listen to my national radio program every week. Those days are gone.

I am so over FOX. It’s not just that they crossed over to the Dark Side to join all the liars and losers in the Fake News camp. That’s their right. I think it’s because they betrayed us. We trusted them, and they let us down. We believed they really cared about Conservatism, and it turns out that they only care about money.

They saw the way the wind was blowing. Huge corporations donated millions to OBiden and his new boss Kamala. These are the same corporations that spend millions on ad buys.

In the last few weeks since the media decided that they had the right to “choose the next president,” as the NY Times stated, I have seen FOX anchors treat the Communications Director and the White House Press Secretary as rudely as Whoopi Goldberg would have done. I once respected Neil Cavuto – until he cut off White House Press Secretary Kayleigh McEnany because he didn’t believe she was telling the truth. Obama’s press secretaries lied hundreds of times on air, but Cavuto never cut them off. And just yesterday I watched the shameful spectacle of FOX anchor Leland Vittert as he shouted at President Trump’s spokesman Erin Perrine and laughed in her face when she refused to give him the answer he wanted. She was polite, but he acted like a jackass before cutting her off. FOX, you don’t treat the President of the United States or his representatives like this just because you’re in the tank for OBiden. He’s still the President. If you don’t have any more self-respect than you’re showing, at least honor the Office of the President.

Fortunately for the 50% of Americans who are Patriot Constitutionals who “cling to their Bibles and their guns,” deplorables all, there are alternatives.CBN (The Christian Broadcasting Network), TBN (Trinity Broadcasting Network), and Kenneth Copeland’s America Stands’ news programming, all offer truthful, Conservative news from a Christian perspective. Newsmax TV, while not a Christian network, delivers solid Conservative news and commentary. For radio buffs, I can recommend CSNRadio.com which has 470 radio stations in its network, as well as live Internet radio. Several of my friends, including Rick Green (the Patriot Academy), David Barton (WallBuilders.com), Lance Wallnau (LanceLearning.com), Pastor Greg Young (Chosen Generation Radio) have regular Internet radio and/or podcasts that analyze the news from a Biblical and Constitutional world view. I can personally guarantee you won’t see or hear Obama or Pelosi on any of these shows.

What has caused FOX’s sudden lurch to the Left? It is owned by the Murdoch family via a family trust with 39% interest; Rupert Murdoch is chairman, while his son Lachlan Murdoch is executive chairman and CEO.

The elder Murdoch is fairly Conservative, but his decision to make FOX a Conservative outlet was driven by a savvy business sense rather than by any personal political leaning. He knew about me (or at least about people like me) and my disgust with the majority of the news media. He realized that appealing to the more than 50% of Americans that still honored the Constitution and the flag, who didn’t want to abolish the police and the military, who believed abortion was murder, and who were not about to let our nation be turned Socialist was smart business. By the way, most Democrats are Conservative by nature, but unfortunately the believe the lies of their leaders and still vote for them.

Unfortunately he made his son, Lachlan Murdoch, chief executive of the Fox Corporation. Lachlan is somewhat of a playboy who seldom watches FOX News. But he decides the tone its programming will take. He describes himself as a Libertarian who “doesn’t like Trump.” Fox News CEO Suzanne Scott, is largely ignored in the decisions about the direction of the outlet. Since the younger Murdoch took over, divisions and factions have caused considerable strife in the once-happy FOX News family.

I would be remiss if, while discussing a network gone rotten, I did not mention the few who have stayed loyal to America. I’ve already mentioned Hannity. My two favorite anchors are Tucker Carlson and Laura Ingraham whose shows are aired every weekday evening. They have both courageously stood up against the overwhelming push by Democrats and some cowardly Republicans to declare OBiden the president-elect. They have published factual accounts of voter fraud that the other networks – and now their own – have either ignored, or derided as baseless. They have listed the names of dead people who voted for Biden. Tucker even challenged FOX’s “Decision Desk” for first calling Arizona for OBiden, then taking it back when Trump was clearly head and they were proven wrong – and then calling Obiden the winner when the Democrats manufactured enough votes to tip the scales toward the Harris-OBiden ticket.

I must say, though, that both Tucker and Laura have been calling the U.S. a Democracy of late. Whether they have been ordered by FOX to do so, or whether the Liberal atmosphere of the network has rubbed off on them, I can’t say. I do know that if they can’t get that simple – but essential – fact straight, their loyal viewers will start to distrust them.

Mainly, I fear for Tucker, Laura and Hannity. If they stay true to America, and FOX turns even more cowardly, they may be faced with a decision: Get woke or get fired.