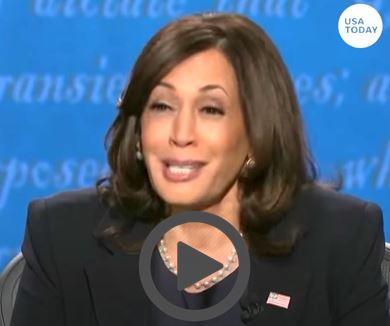 We just received the long-awaited news that a vaccine for the China Virus has been approved. It was actually ready to ship in mid-October, according to the developer Phizer. But for political reasons the announcement was delayed until well after the election and Joe Biden had illegally declared himself President-Elect. (See my article, “Joe Biden is STILL Not the President-Elect.”)

President Trump did something never before accomplished in the history of the world. As soon as it was clear that a pandemic had been released in America by the Communist Chinese, he initiated Operation Warpspeed. The name Warpspeed was accurate, because Trump pushed through the development of a vaccine in less than eleven months. Most vaccines take many years to be developed and approved; the next fastest vaccine was approved in 4 years.

Joe Biden has said that a political animal who happens to have a medical degree, Dr. Anthony Fauci, will head up his Virus task force. Fauci’s advice has been tremendously conflicting and confusing. While he was on Trump’s task force, like a true bureaucrat, he said whatever he thought the President wanted to hear. He said masks didn’t work. Later he said they did. He advised against lockdowns. Later they were the answer to the whole problem. Now that he has betrayed the president who made this unknown bureaucrat a household name, he parrots whatever Joe Biden wants him to say.

Biden and Fauci belong together. Biden has said numerous times, “I KNOW how to deal with a pandemic; I’ve done it before.” He’s referring to the Swine Flu, which Obama assigned him to manage. He did such a terrible job that in just one year, from April 12, 2009 to April 10, 2010, the CDC estimates there were 60.8 million cases, 274,304 hospitalizations, and 12,469 deaths. Almost 20% of Americans got the Swine Flu during Biden’s masterful response. Fortunately for America (and for Biden’s resume) the death rate was just .02%. Has it been 9.6% as was the case in the 2002 SARS Pandemic, 60 Million Americans would have died. Had it had the same mortality rate as the China Virus, .018% according to the CDC, 1.1 Million would have died.

So Trump’s handling of the China Virus, complicated by numerous Democrat governors who impeded his efforts, has been far more effective than Bid’s hapless handling of the Swine Flu. Over 60 Million got the Swine Flu; 16 Million have gotten the China Virus. It was just luck that the Swine Flu had such a low mortality rate. Biden’s own Chief of Staff at the time admitted that Biden did “...everything wrong.” So much for him knowing how to handle a pandemic. If he had been president in January of this year, the results would have been catastrophic.

Fauci is no better. He pretends to be a medical practitioner and an expert on vaccines, but he has been a pencil pusher at the head of a government bureaucracy for the last 40 years. The only time he has seen a patient has been on a television program. He’s made all kinds of predictions about the vaccine, and all of them have been wrong. No big surprise there. His primary job for the last four decades has been to develop a vaccine for AIDS. The homosexual community is still waiting, Anthony.

As far as who should get the vaccine first, the answer is obvious: the people at most risk. Patients in nursing homes should absolutely be first, because 40% of the people who have died have been residents in nursing homes and extended care facilities. And almost all the deaths have occurred among the elderly with existing medical problems such as respiratory, cardiac, and kidney disease, and diabetes. That’s the very definition of the residents of these facilities.

Next in line should be first responders and those who care for Virus patients in nursing homes and hospitals. Most of them are much younger than those they treat. If they are 55 or younger they have a 99.995% chance of surviving if they contract the virus. But since they take risks most won’t, they deserve to be next in line.

Following them should be anyone with serious underlying health problems as described above, with older patients receiving preference.

Politicians should be way down at the bottom of the list. Most of them, particularly the Democrats, used the China Virus to gain political points and advance their agendas. Governor Mafia Cuomo of New York claims to be an expert on handling the Virus, and now spends his time lecturing other states on how to deal with it. Yet his state has one of the worst track records in all areas. He is personally responsible for the deaths of at least 6,000 senior citizens because of his Executive Order forcing nursing homes to take infected patients from hospitals. They went from zero China Virus patients to having the disease race through their facilities like wildfire, killing most of their residents.

Joe Biden was the worst. He lied over and over again, claiming Trump was responsible for the deaths of tens of thousands due to his supposed mishandling of the crisis. He knew that China had sent the Virus to our shores deliberately to help him get elected. The Communist Chinese hated Trump so much for standing up to them – the first president in 40 years to do so – that they unleashed their engineered virus on the United States. They have invested well over a Billion dollars in Biden, and they wanted a good return on their investment.

Biden, unlike Trump, would never put others in front of himself. He was undoubtedly vaccinated secretly long before the first dose went to a medical worker or a patient in a nursing home. In fact, the Chinese may well have vaccinated him before the first case was discovered in the U.S. Since they developed the Virus, they almost certainly developed a vaccine at the same time. Why not give it to Geriatric Joe? After all, they need to protect their investment. Having a compromised political hack doing their bidding in the Oval Office is worth a lot to them.

Trump cares more about others than himself. His medical team advised him to administer the vaccine to the first and second families, the White House staff, top government officials, and others that came into contact with the President and Vice-president. He countermanded that directive, saying that they could wait until those at greater risk and more essential people were vaccinated. That’s not a decision Biden would ever make.

The very last person in the world to get the vaccine should be Senator Kamala Harris. She has stated loudly and repeatedly that she would never take any vaccine developed on President Trump’s watch. Governors, medical doctors, and a variety of other public figures have volunteered to take the vaccine publicly to show how safe it is. But for months she has been discouraging people from taking it. She probably figured that she and Joe could slow down the approval of the vaccine until they could take credit for it. She must have been furious when Trump, after watching the FDA slow-walk approval of the vaccine which had been ready for almost two months, told the Director Friday, “Approve it today, or resign.” He approved it.